Heroic dog jumps into lake to save baby deer from drowning 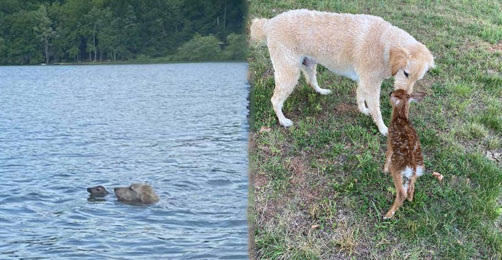 After saving a drowning newborn deer from a lake, a beautiful Goldendoodle is being hailed as a hero. When the 6-year-old dog embraced the water to save the orphaned fawn, he left his owner stunned. The gallant dog continued to look after the tiny critter after bringing her to safety from the middle of the lake to dry land. The dog’s owner has captured the wonderful moments on camera! 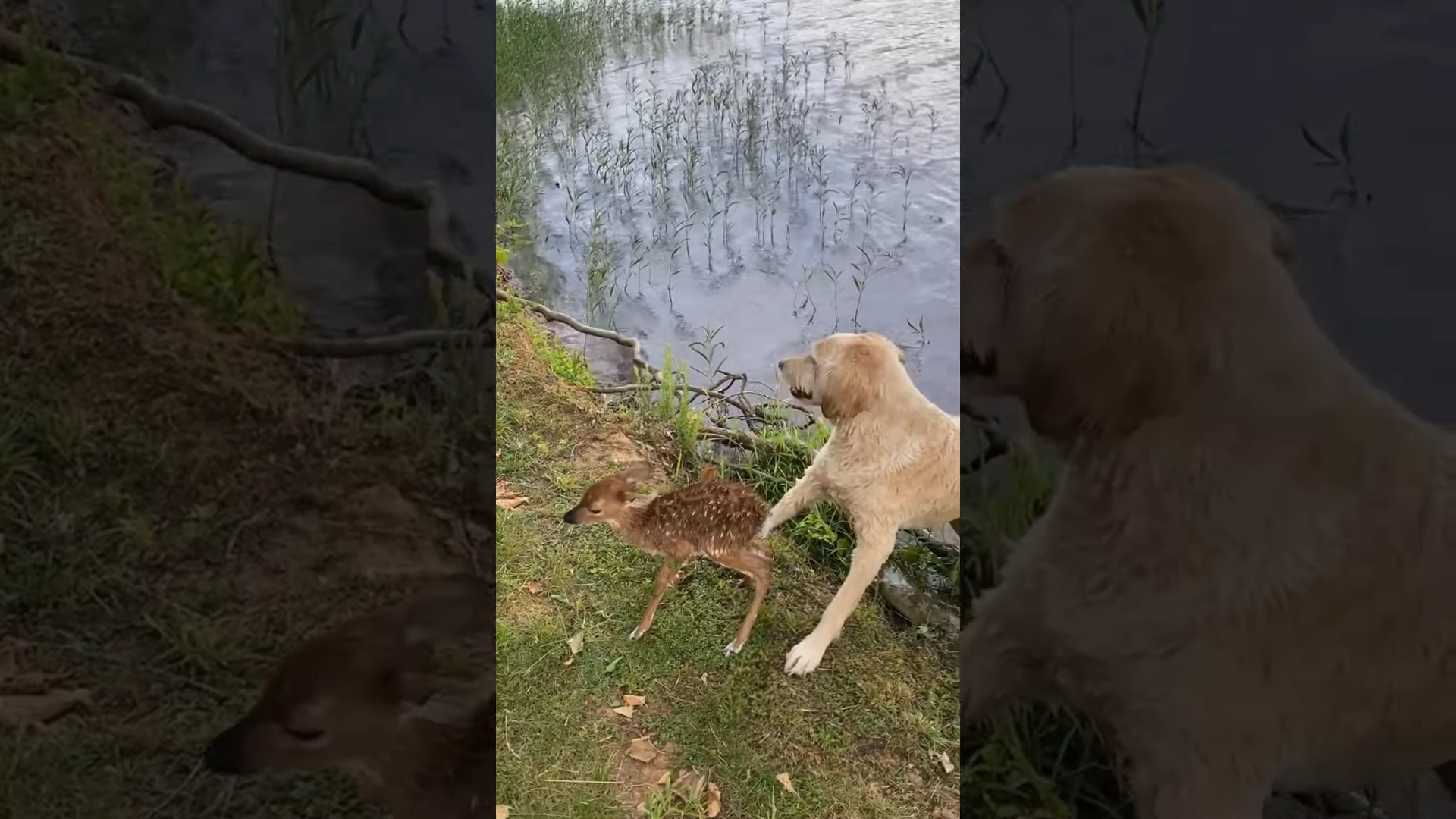 Ralph Dorn and his pet dog Harley went for a walk in the back yard of their Virginia home a few months ago. But, in a matter of minutes, their routine had transformed into a spectacular rescue, with Harley playing the lead role. When the dog saw a tiny creature trying to keep her head above water, he leapt into the water to save her. 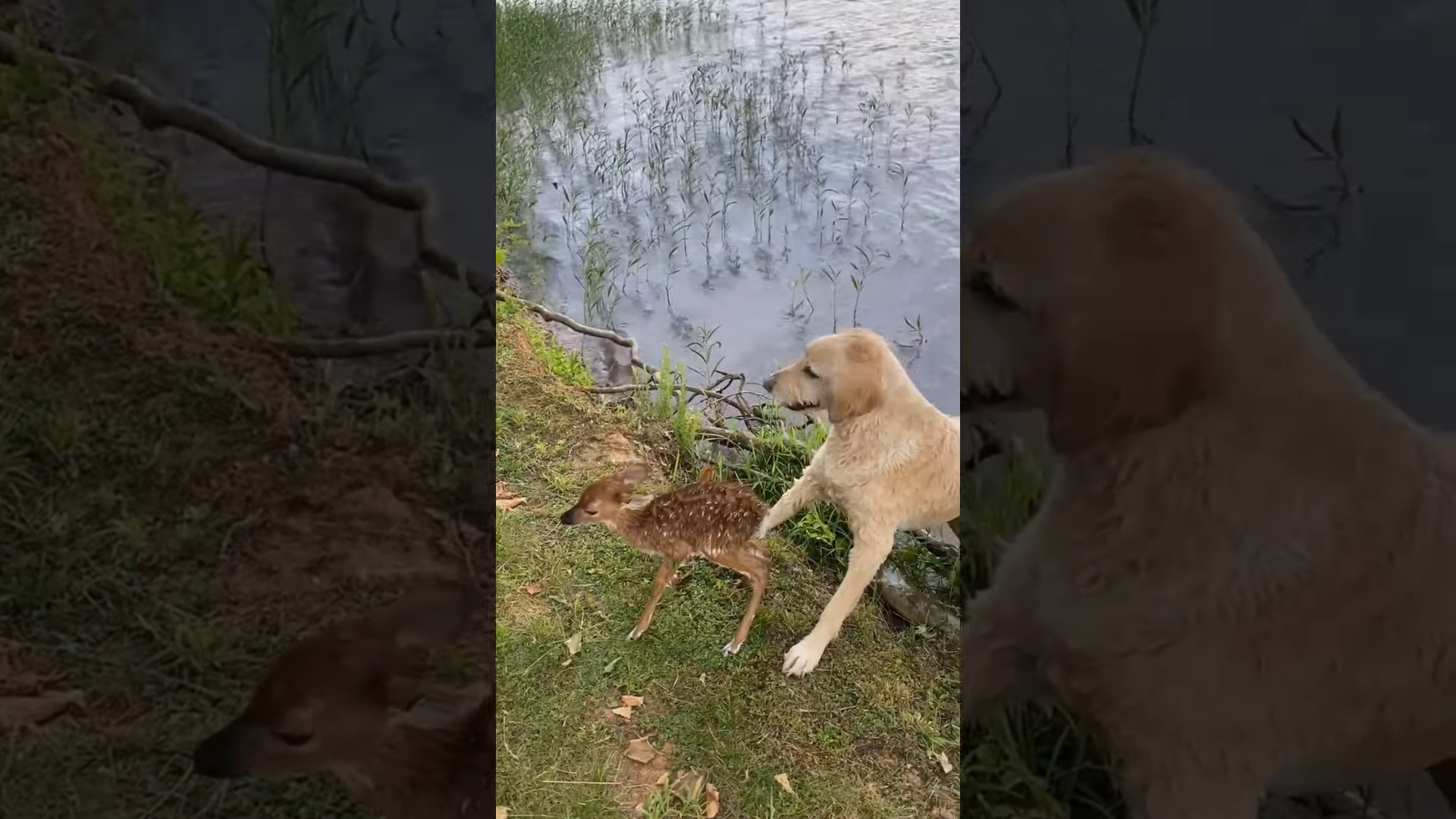 Harley’s owner stated in a now-viral Facebook post, “He was towards the middle of the lake herding a little fawn back to the shore line.” “I’m not sure how the fawn ended up out there, but Harley didn’t seem to care; he just acted.” 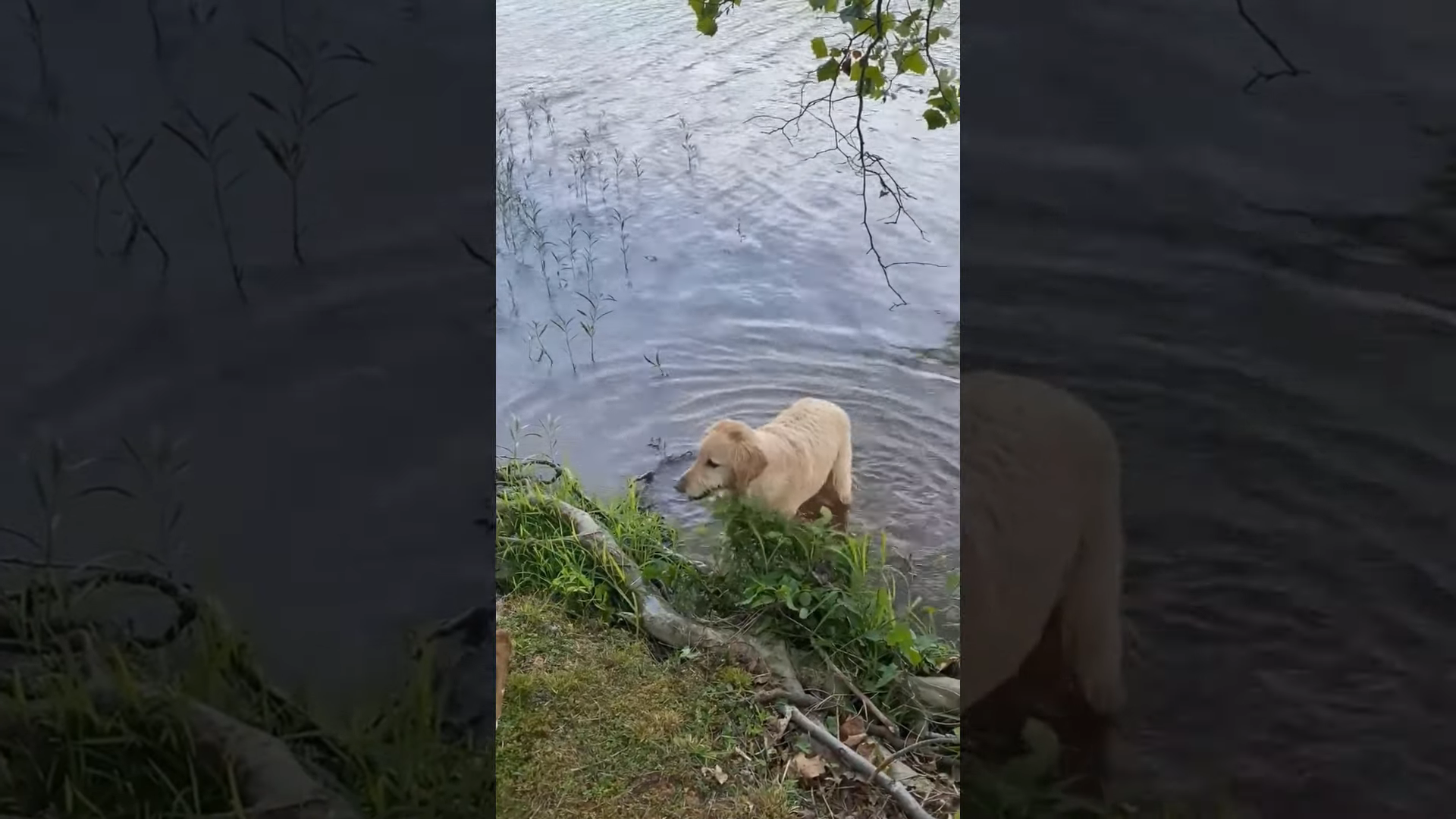 But the kind dog not only saved the deer and brought her to shore, but he also lingered by her side for a few minutes to console her. The fawn eventually rejoined with her mother after she was on dry land.