Two weeks after her birth, a rare white rhino born at Whipsnade Zoo after a 16-month pregnancy has begun to explore her cage.

At 4 a.m. on August 21, a female calf named Nandi, which means sweet one in Zulu, was born to mother Tuli and father Sizzle at the conservation zoo near Dunstable in Bedfordshire. 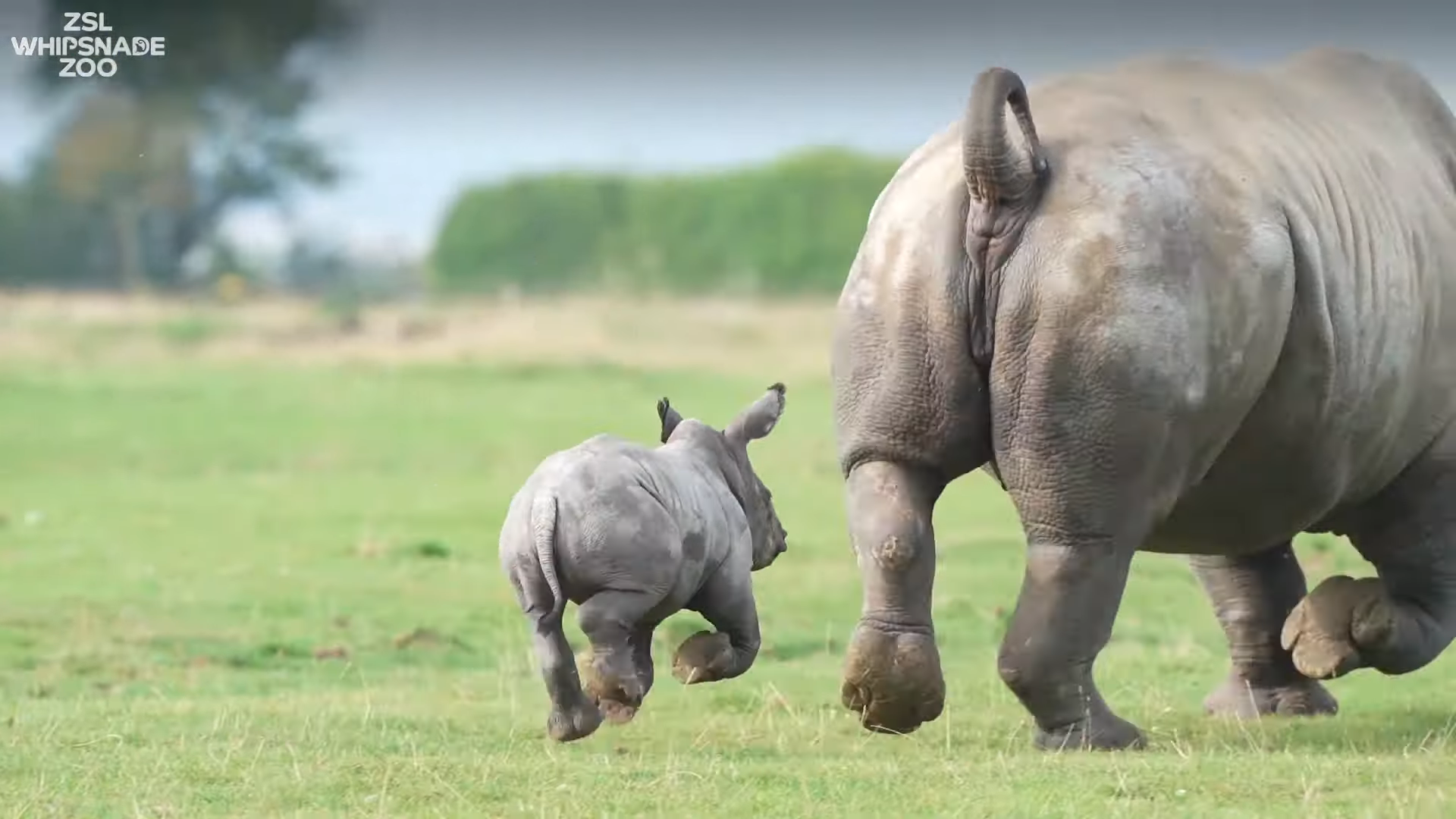 Heartwarming photos of the two-week-old animal exploring her environment for the first time when she walked outside under her mother’s watchful eye have surfaced today.

Last month, team leader Mark Holden expressed his delight at the zoo’s ‘precious addition,’ which will now be part of an endangered species breeding program for white rhinos. 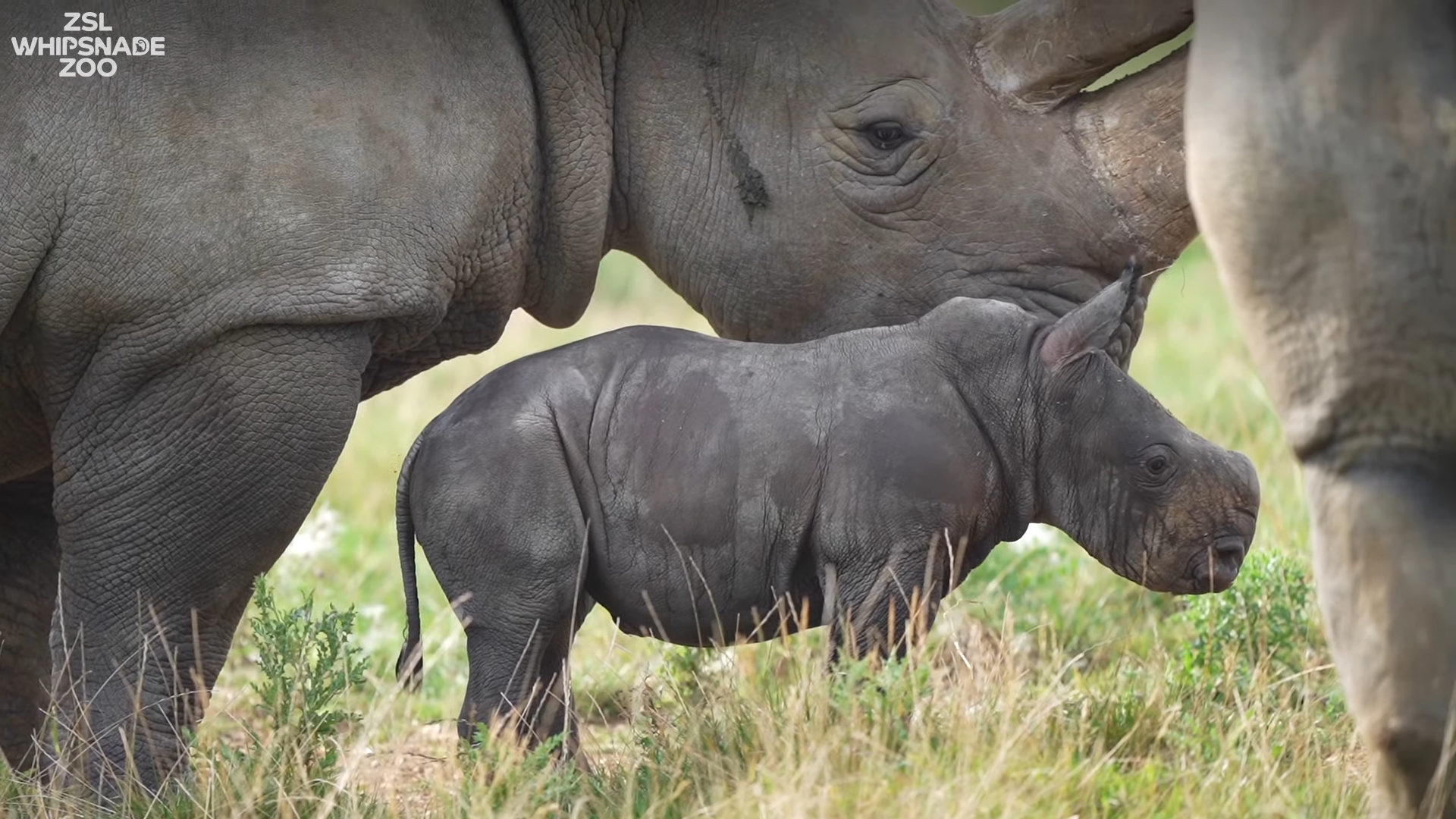 Nandi, a two-week-old mammal at Whipsnade Zoo in Dunstable in Bedfordshire, stays close to her mother Tuli as she takes her first steps outside.

Nandi, a rare white rhino born on August 21 at Whipsnade Zoo, comes outside to explore her cage.