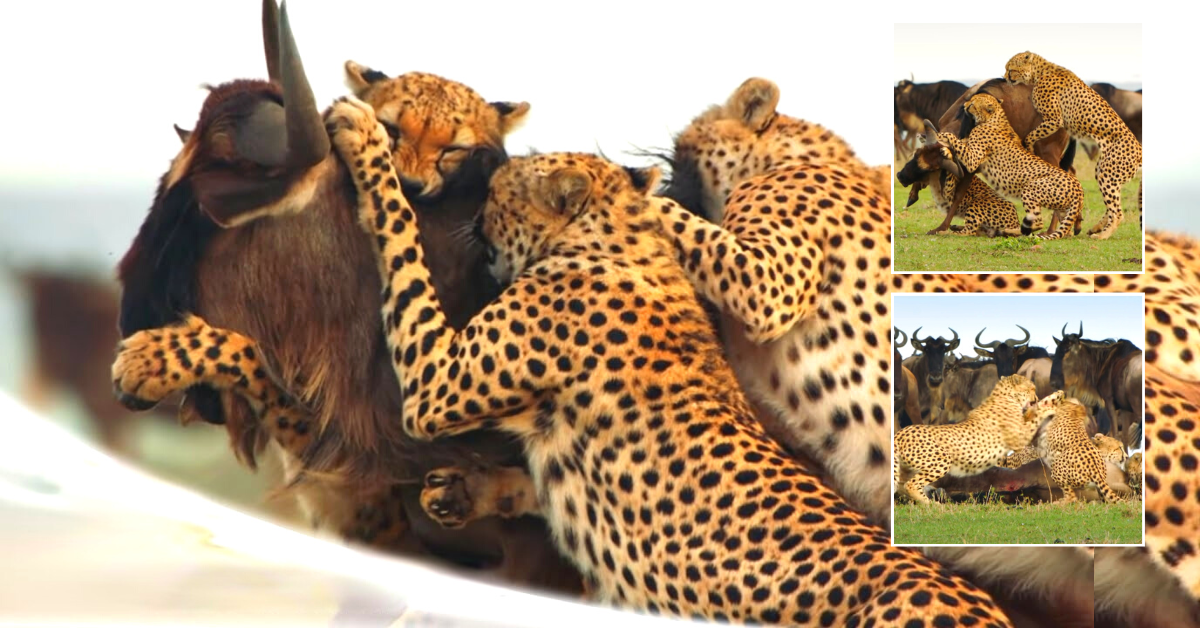 Cheetah. Fastest mammal on land, the cheetah can reach speeds of 60 or perhaps even 70 miles (97 or 113 kilometers) an hour over short distances. It usually chases its prey at only about half that speed, however. After a chase, a cheetah needs half an hour to catch its breath before it can eat. 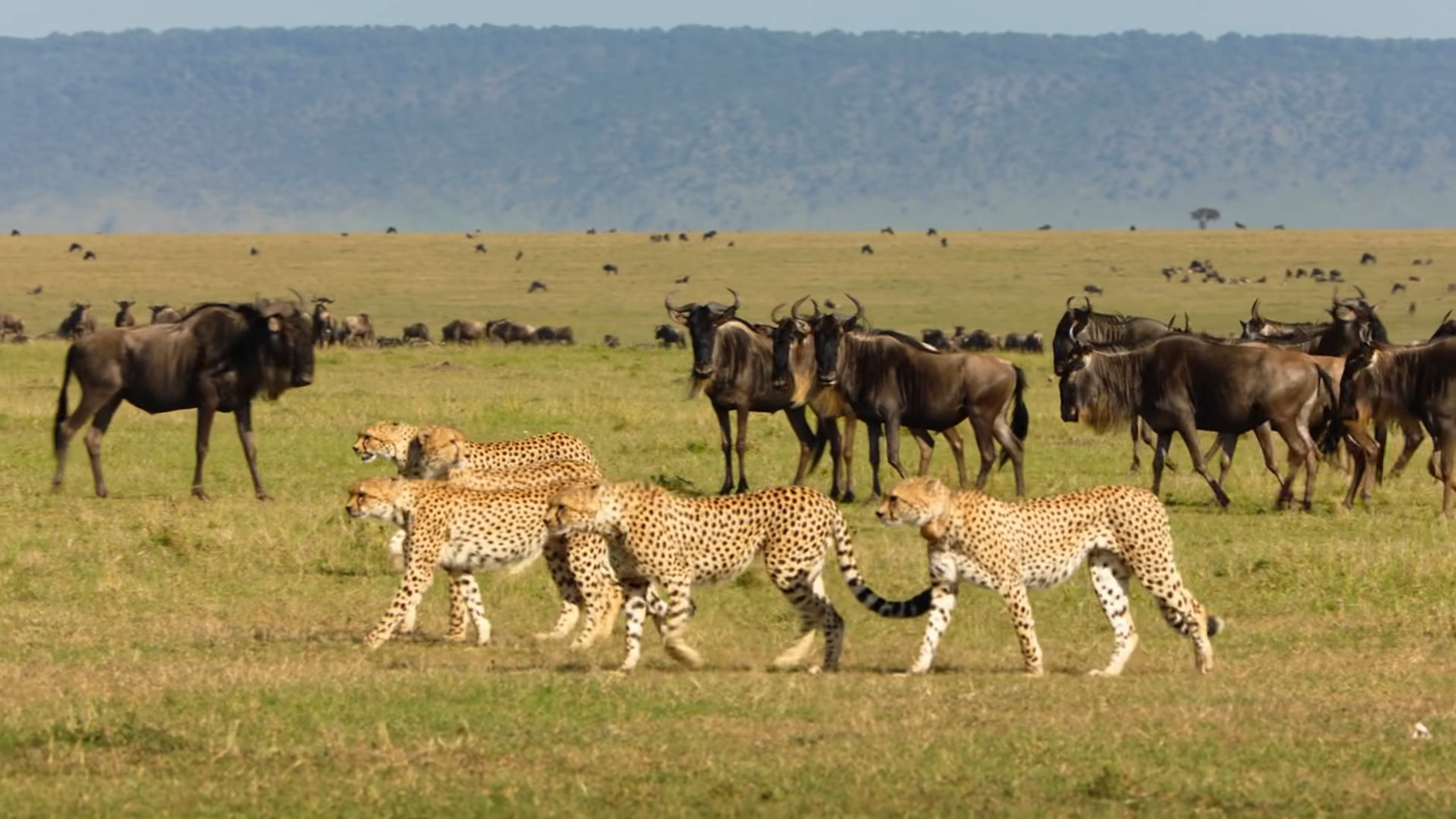 Cheetahs are the high-speed hunters of the Savannah. Few att.em.pt to take on larger prey than gazelles or smallish antelopes. But on occasion, the predatory cats reveal their surprisingly different side. In the Northern Serengeti, a group of male cheetahs emerges and turns all we know about them upside down. 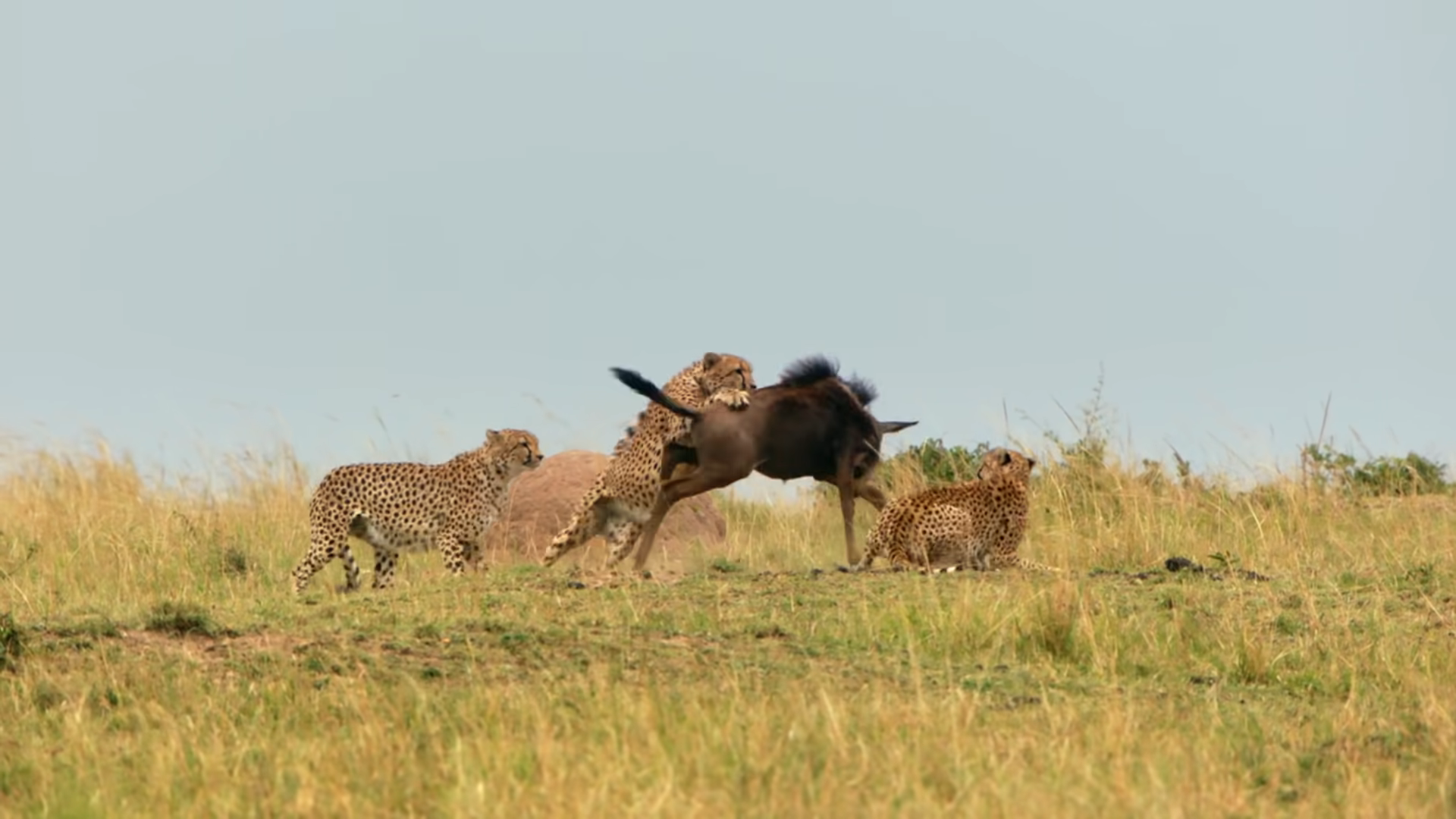 Males are usually loners or live in small groups, but here we have five tomcats hunting together as one. It is actually, the largest alliance of the animals ever seen! This film has many stories to tell about the sleek hunters.