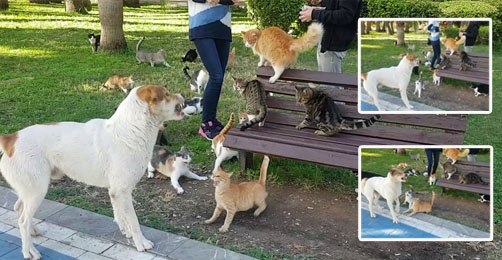 The second attacking cat, the ginger one, must be a bonded sibling/friend of the first attacker. The first attacker probably has PTSD from his past experience with dogs. It’s too bad. But it’s nice that there is some solidarity there between the cats. Other cats, like the ginger and white one at the side of the bench, was quite friendly to the dog, judging by his tail, upright and curling at the end. That one was shocked at what happened next, as we’re most of the cats. 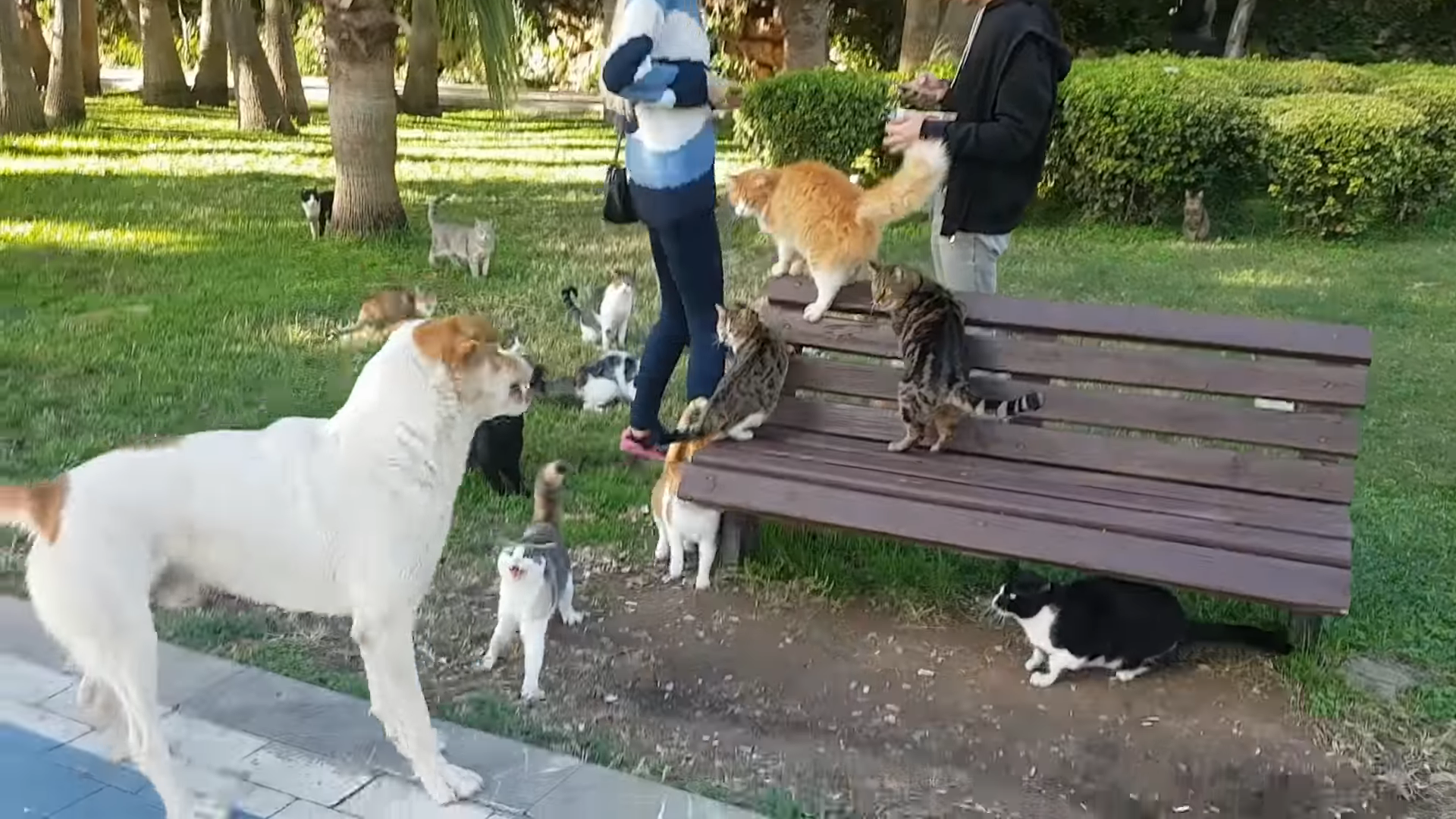 The poor dog was minding his own business and the little sneaky cat decides to act up but I have to say everyone is overlooking a mistake by the blonde bubbleheaded woman. She’s feeding that huge group of feral cats, very amateur mistake. If there was just one it would be no big deal but that’s never a good idea, there’s going to be a few trying to jockey for position by going uncivilized. 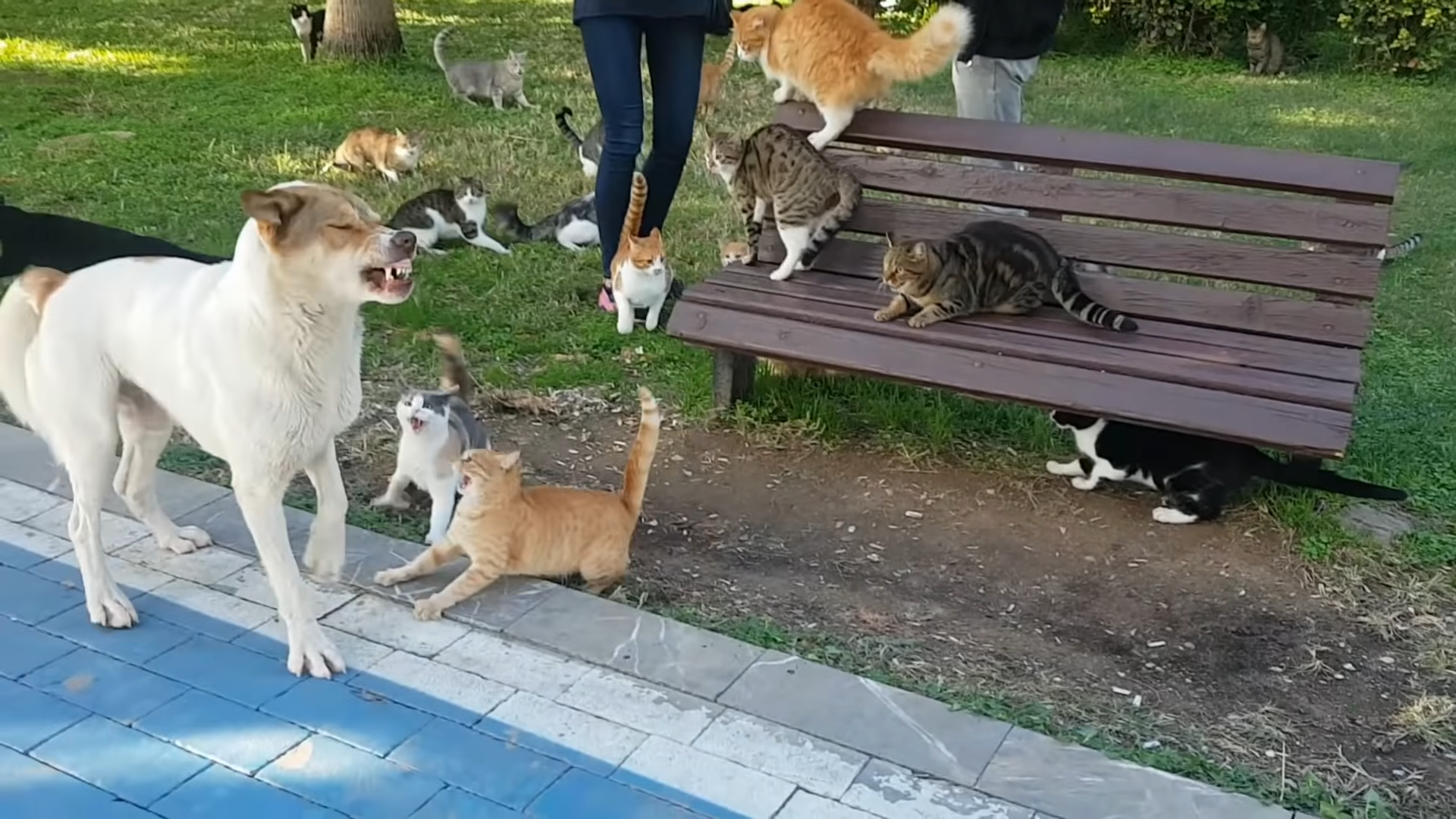 That’s one of the funniest things that I’ve ever seen. The cats seemed ok with the dog until the grey and white one hissed at him, then they all went for him. He must have thought, what did I do to upset them all.