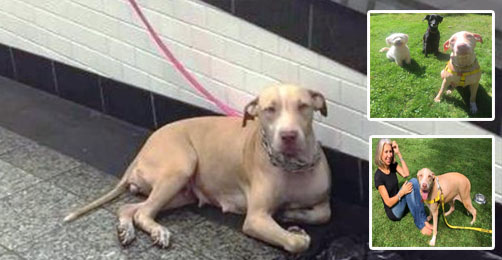 Betsey the abandoned Pit Bull was found tied to a railing on a New York subway platform during rush hours.

Her owner had shamelessly spread out a trash bag by her side in the name of a “bed”. Hundreds of commuters noticed the petrified prong-collared pooch anxiously staring away at the crowd for hours. However, no one felt compelled enough to rescue Betsey. 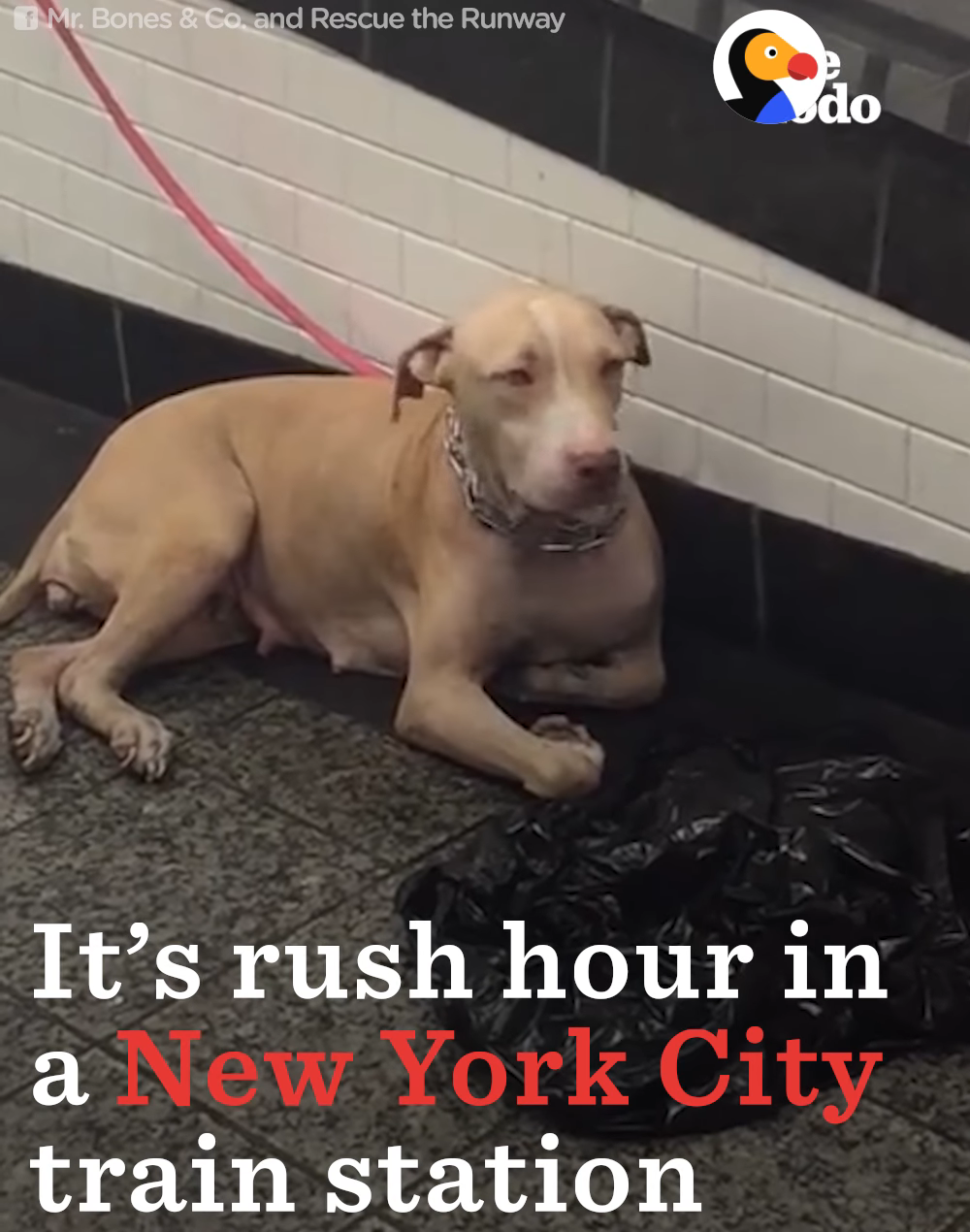 Finally, a woman named Sarah Borok stepped forward to help the agonized dog. She called animal control and patiently waited by Betsey’s side, even if it meant getting late for work. Thanks to Sarah’s comforting gesture, the animal control officers had no trouble getting Betsey to the shelter! 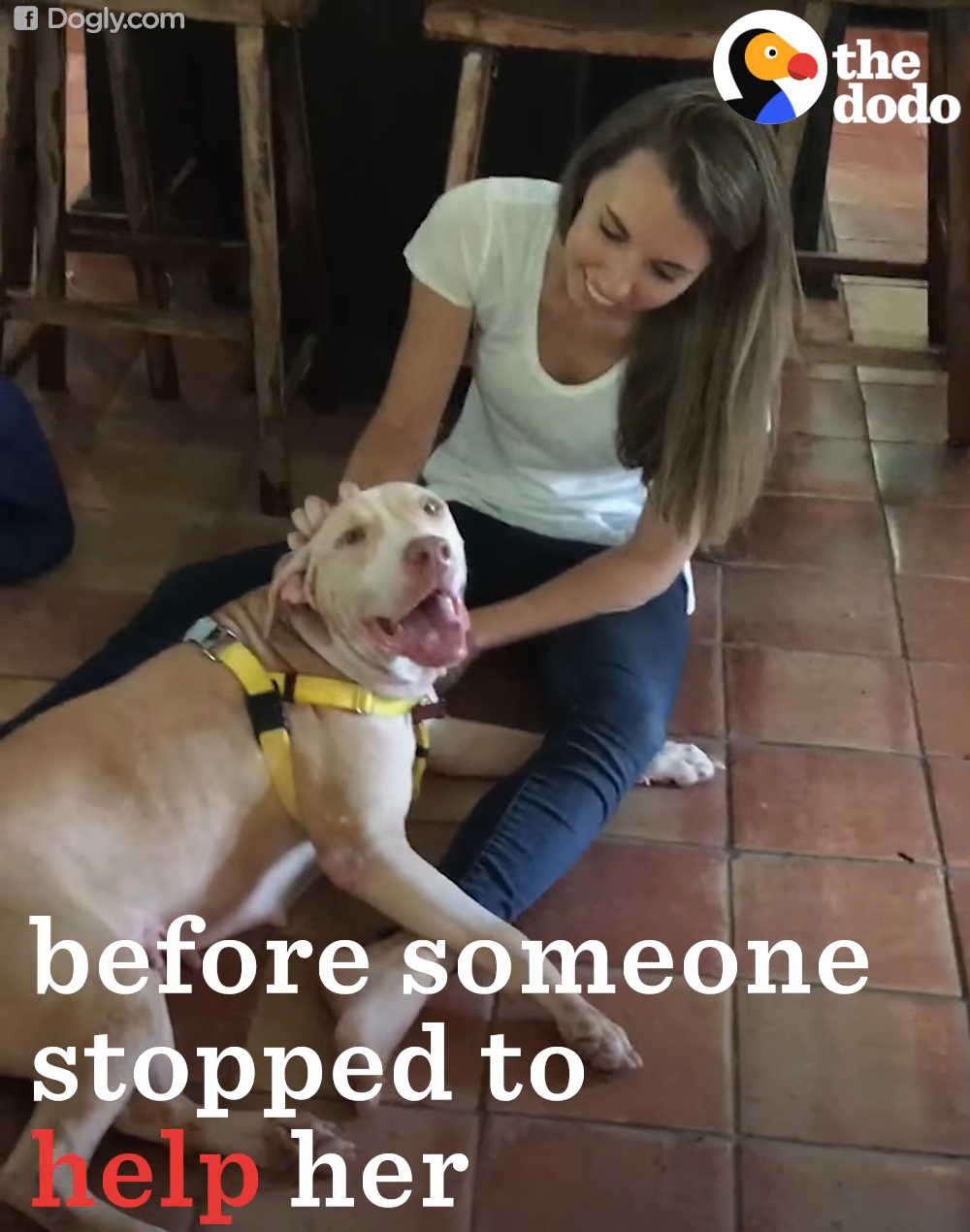 Later, a vet examination revealed the dreadful truth about Betsey – she was a “throwaway mama dog”. It is a highly disturbing practice among unscrupulous breeders to exploit female dogs for puppies and discard them like trash when they serve their purpose. The vet believed that Betsey was repeatedly forced to have multiple litters, and her most recent litter might already be up for sale. 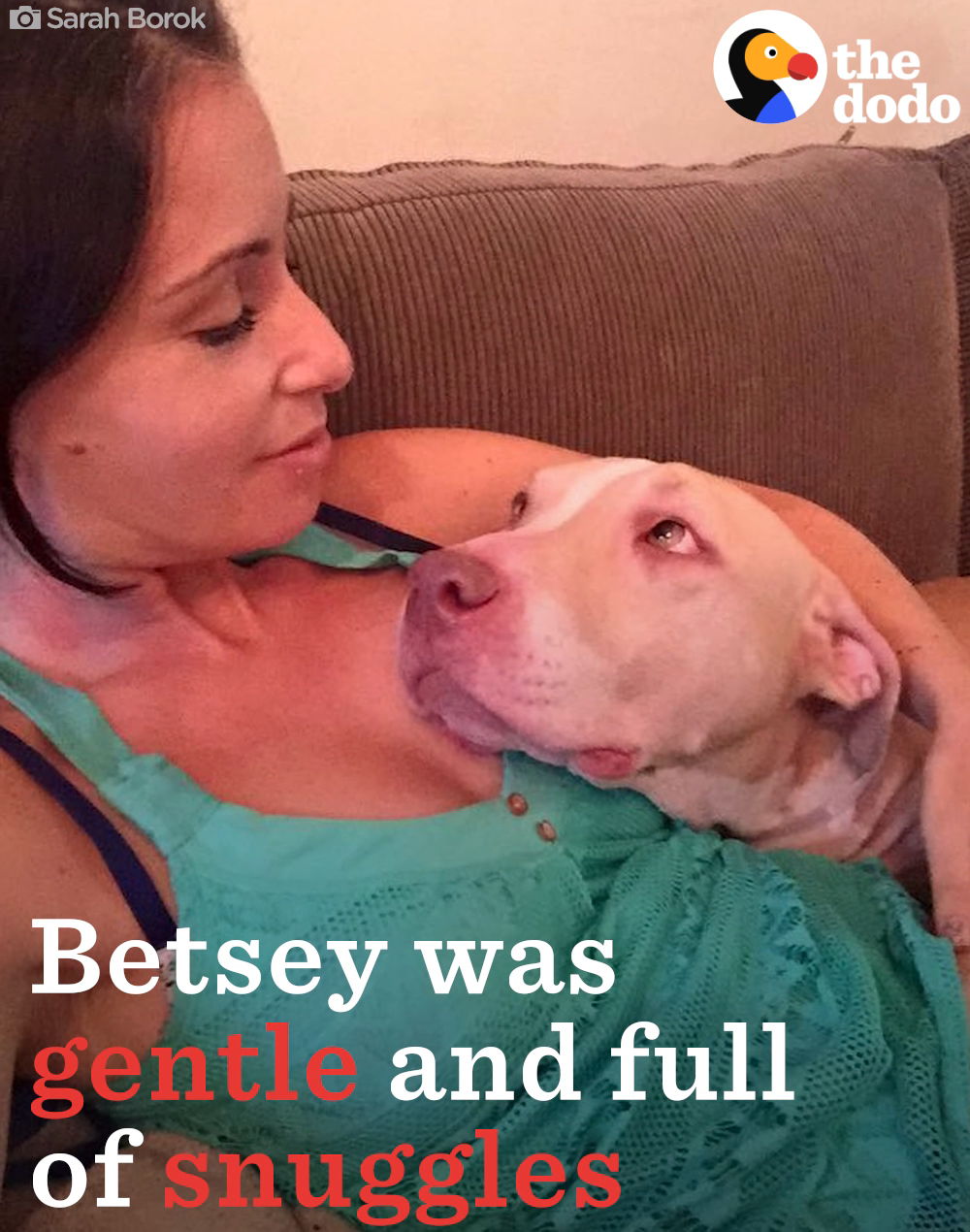 Betsey was eventually taken in by rescue group “Mr. Bones & Co. and Rescue the Runway”. It was found that this abused girl suffered from panic attacks due to the hustle and bustle of the city. So the rescuers placed her in foster care with an experienced mother-daughter duo who live in a secluded spot outside the city. 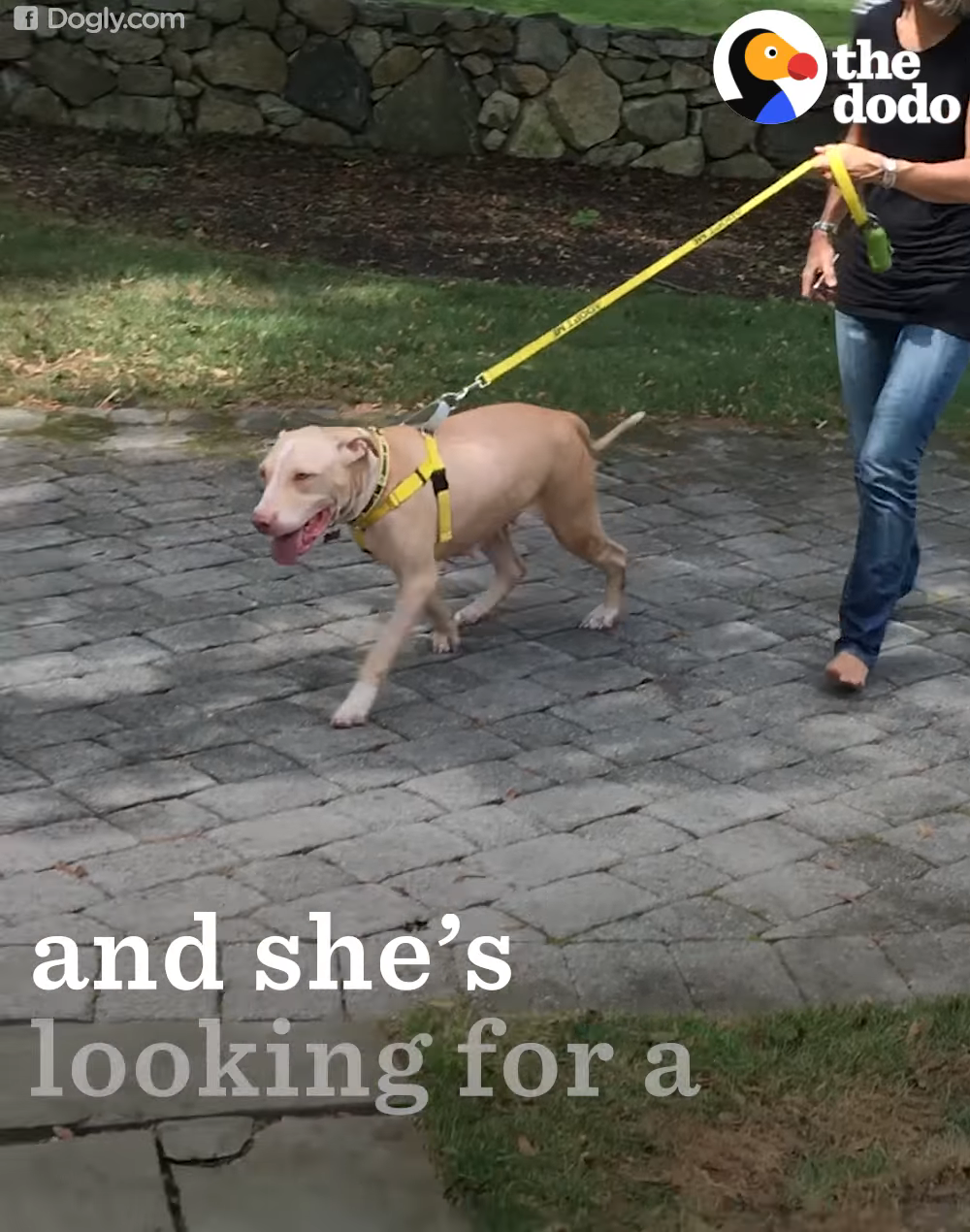 Betsey is gradually unwinding and learning how to be a pampered dog in her splendid foster home. She is a sweet girl but gets nervous easily due to her terrifying past experiences. She will be ready for adoption once she is fully rehabilitated. Good luck, Betsey!

Click the video below to watch Betsey’s heartbreaking plight after she was exploited for her puppies and dumped in the subway.