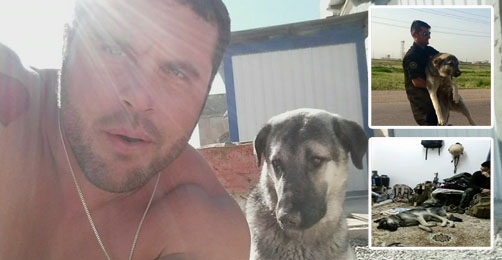 A few years back, Ken Wyrsch was stationed in Iraq in an American military encampment. The soldier was there to aid a Kurdish military unit in the war on ISIS. A former Army Specialist, Wyrsch was there as a volunteer offering up whatever help he could to the fellow troops. 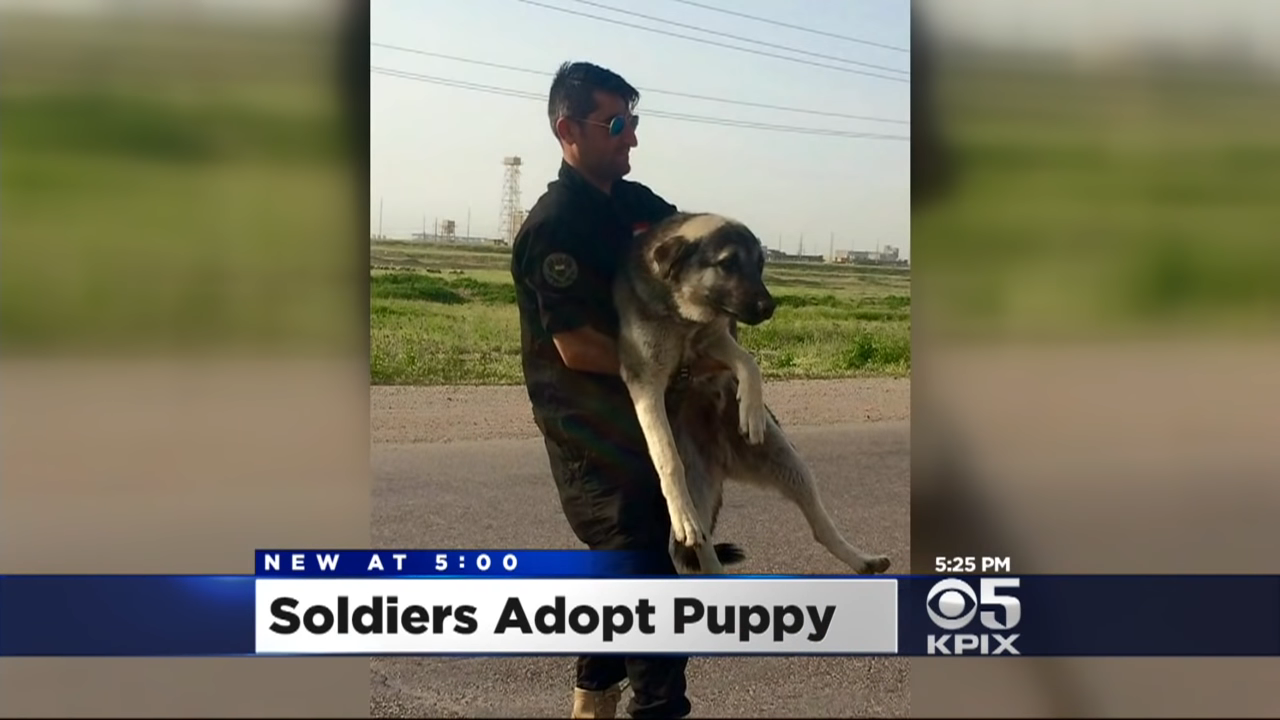 As anyone can imagine, this is a high-stakes job where the pressure is on and stress is always at a peak level. Fortunately for the men at the encampment, though, they weren’t going it alone.

A dog named Ollie stuck it out with the soldier through thick and thin and was always there to help the soldiers de-stress. 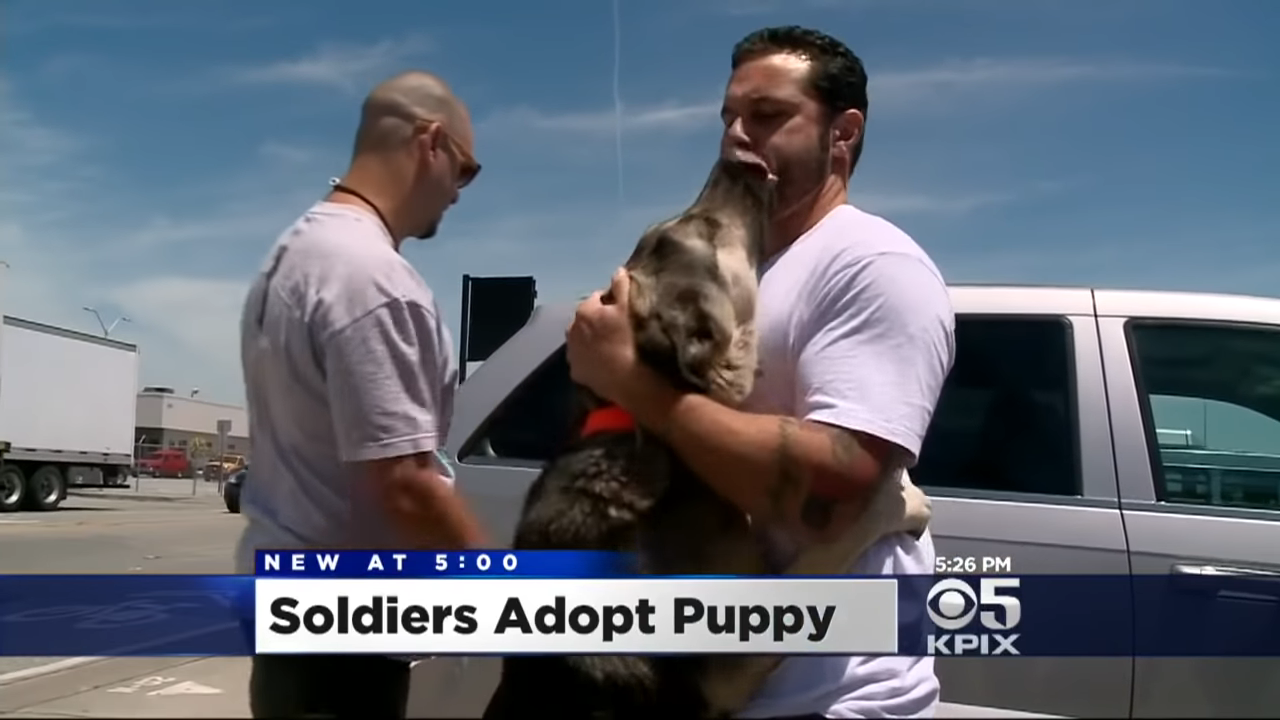 Ollie wasn’t at the camp by military appointment, though. He was there because fate had led him to a soldier.

The dog was just a stray puppy when he first met Wyrsch. He happened to wander onto the base, presumably in search of some food. When the soldiers found him and realized he was homeless, they decided that the camp just so happened to be in need of a mascot.

Fast-forward a month later, and the soldier was hit with the news that his unit was being disbanded.

While going home would normally be good news to any soldier’s ears, all Wyrsch could think about was Ollie. Every single one of the men had grown to love the dog, but when it came to Ollie and Wyrsch, the two were basically inseparable.

Getting disbanded meant going back home, and it meant leaving Ollie behind. A soldier through and through, Wyrsch was determined to leave no soldier behind. He was going to find a way to bring the brave dog back home.

“You don’t leave a friend behind. You can’t do it,” Wyrsch exclaims. 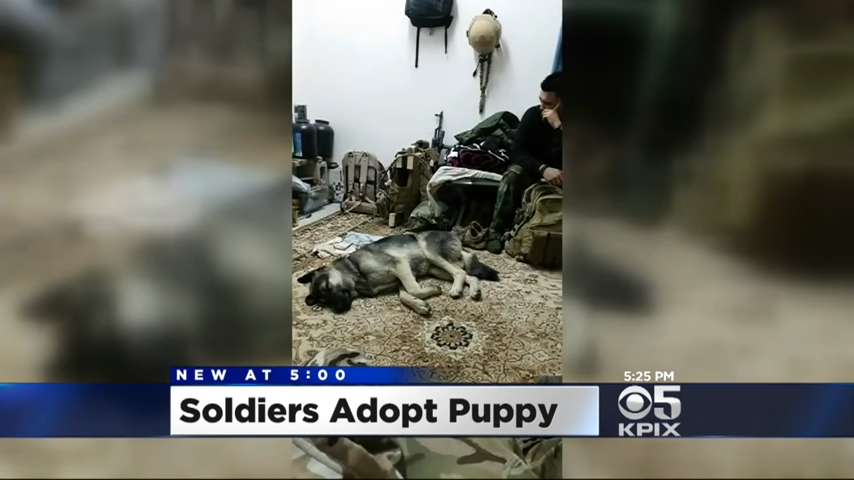 Wyrsch boarded a plane and headed back to his home in the California Bay area, but his heart was back in Iraq with his buddy.

He had to get his dog back.

When he arrived back home, Wyrsch immediately reached out to SPCA International. He told them Ollie’s story and how he hated to leave him in the war-torn streets of Iraq without a home or friend. Of course, the SPCA knew they had to help get them reunited.

Getting Ollie out of Iraq and across the world to the U.S. was going to be no easy feat. Then again, missions that are worth it rarely are.

It was going to costs thousands to bring the dog to the U.S. So, Wyrsch and the SPCA worked together to raise the funds to get him home by sharing Ollie’s story online. Their prayers were answered. Thousands of donations came pouring in, along with wishes for the best of luck.

Within a month of being separated, Ollie was on his way back to Wyrsch and his new home in the Bay.

Finally, the former Army Specialist was standing in the airport parking lot, heart racing, awaiting the arrival of his best friend.

When Ollie laid eyes on the human that took him in and kept him safe in Iraq, he exploded with excitement.

“He grabbed me with his mouth when he saw me. It was great. Oliver was so hungry and thirsty, he wouldn’t eat or drink until later that night. He was too excited,” Wyrsch told the SPCA.

Now that the two were reconnected, Wyrsch couldn’t wait to show Ollie what life outside of war was really all about. He began taking Ollie with him everywhere, to the point where the backseat of Wyrsch’s car is basically his throne.

It wasn’t long before Ollie won over the hearts of all of Wyrsch’s friends and family.

He soon became a regular at all of the former soldier’s favorite haunts, ever the mascot in his human life. The best part, though? Ollie gets to spend all of his time with his favorite person on the planet.

Wyrsch was willing to sacrifice everything he had to bring his best friend home, and Ollie moved a world away just to be with his old friend. There’s just no question that these two were destined to be best friends. When asked about the difficulties in bringing the dog back home, Wyrsch had just one thing to say:

We couldn’t agree more. To hear more about the amazing bond between this soldier and the dog that saw him through the dark times of war, watch the video below.