The Only Man In The World Who Can Swim With A Polar Bear: Grizzly Man 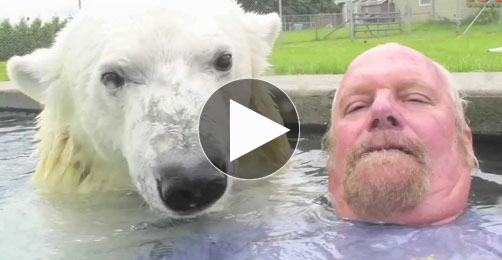 Grizzly man Mark Dumas, 60, is the only man in the world who can swim with a polar bear. The fearless polar bear handler from Abbotsford, British Columbia, regularly goes for a dip in his swimming pool with 16-year-old female polar bear Agee, and the pair enjoy a watery cuddle together. 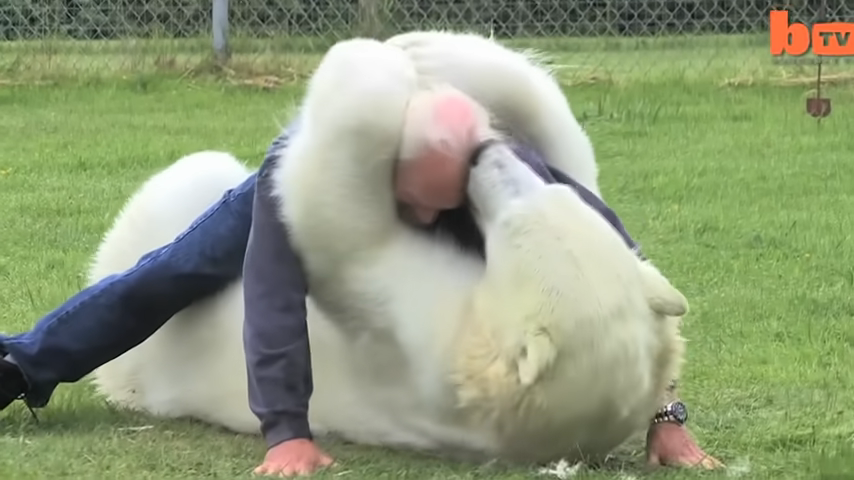 Grizzly Man Mark and his wife Dawn, 60, train the 60-stone (800 lb) friendly polar bear—the world’s largest land predator—to star in high-budget TV commercials. Agee has also performed in movies like “Alaska” in 1995, when she was just a few weeks old. With their incredibly intimate bond, Grizzly Man Mark wrestles on the grass with Agee, kisses her, puts his head in the polar bear’s huge jaws, and even bear hugs her as she rears up on her hind legs to over seven feet. 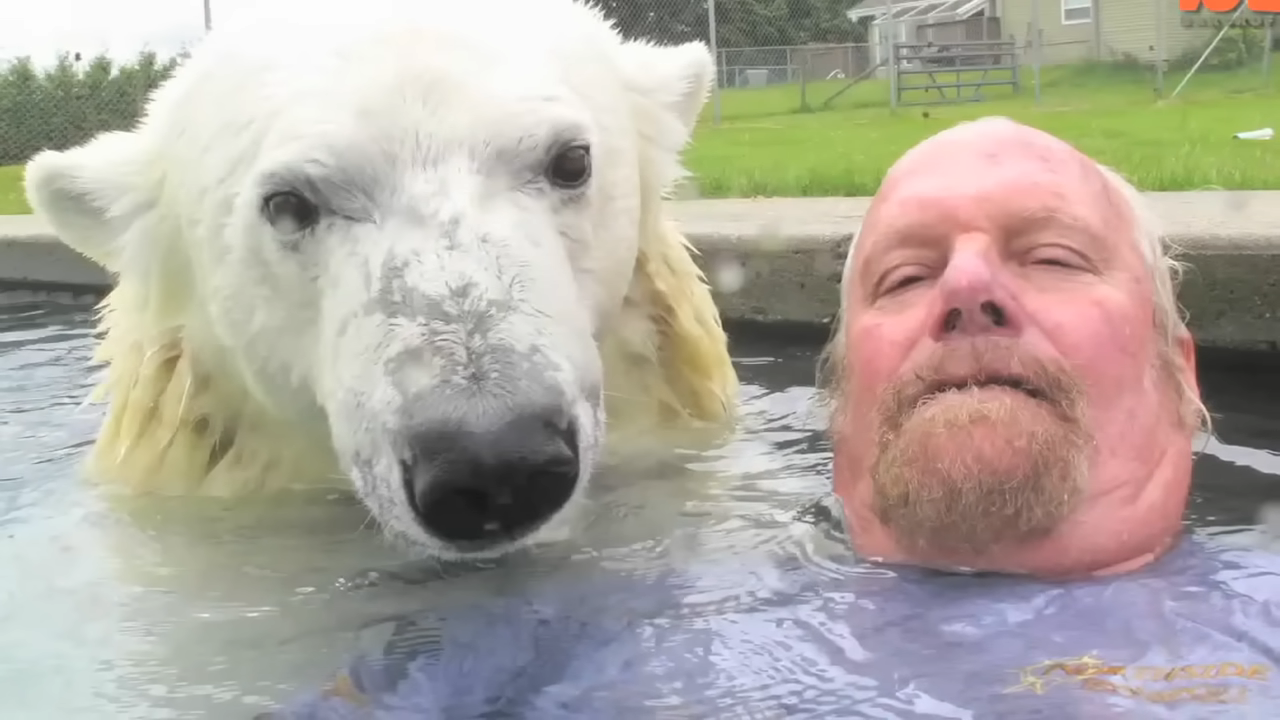 Mark and Dawn have owned Agee since she was six weeks old, and the now-colossal bear lived in their home as a cub, where she played with the family dogs and was bottle-fed.

This is actually pretty amazing considering a polar bear in the wild is one of the only predators that look at humans as food and will charge and attack with absolutely no fear or hesitation.