The other day, Miguel Ángel Escobar and his family were traveling by boat off the coast of Honduras when something caught their eyes — and immediately broke their hearts.

There, along a remote stretch of coast, they spotted a massive sea turtle entangled in some tree roots near the water’s edge.

“I thought she was dead,” Escobar told The Dodo. “We felt such pity for her.”

The turtle wasn’t dead, however. She’d just given up hope.

But hope was about to arrive. 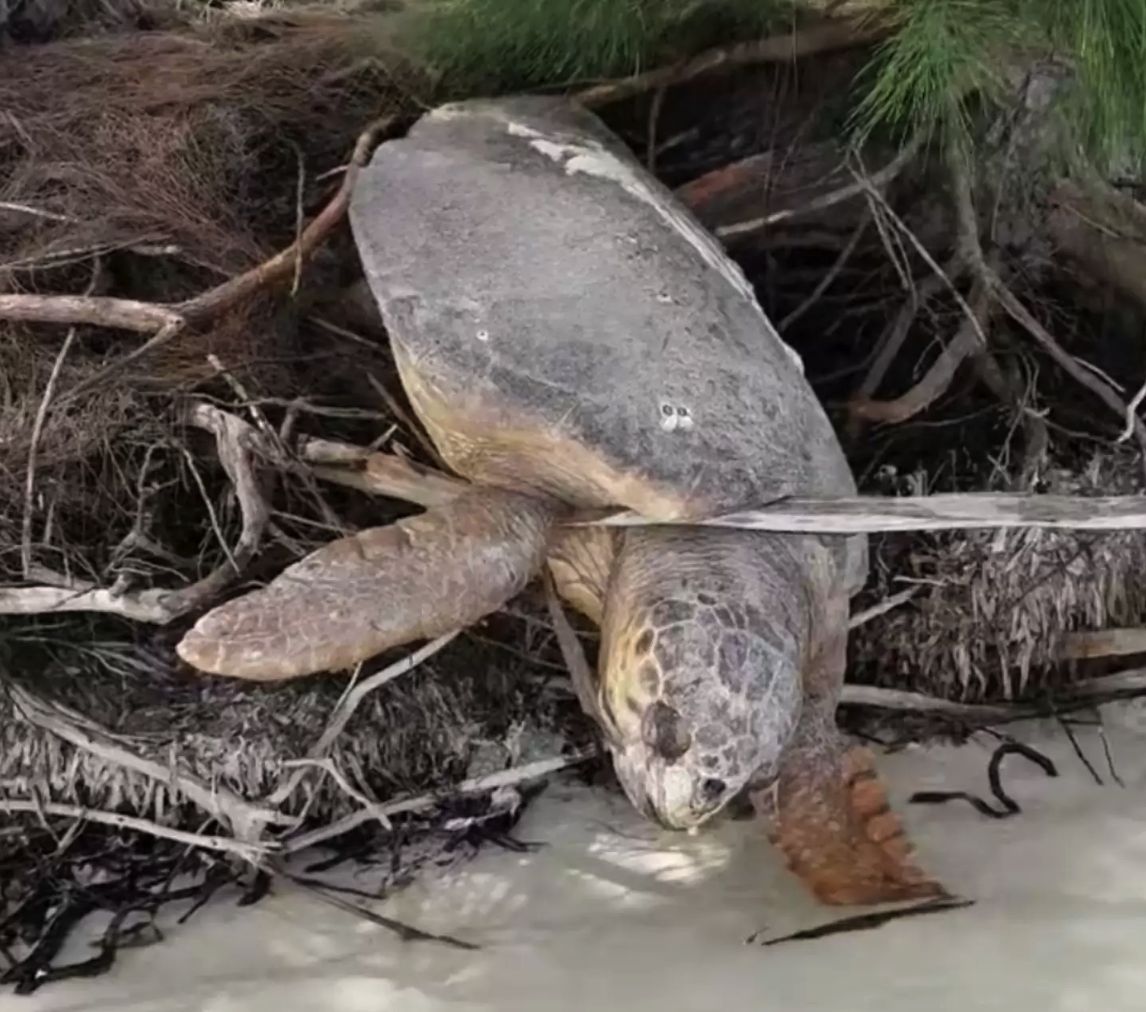 MIGUEL ÁNGEL ESCOBAR
Though the turtle appeared to have been trapped there for some time, and likely had perished, Escobar decided to take a closer look anyway — just in case.

She remained motionless as he pulled the boat to shore and approached.

“When I touched her, she instantly let out a sigh and she started to move her head,” Escobar said.

And with that, Escobar sprang into action.

MIGUEL ÁNGEL ESCOBAR
Using a knife, Escobar began cutting the root trapping the turtle until it was weak enough to be broken.

After a few moments, she was finally free.

Escobar had saved her life.

In a flash, the once lifeless-seeming turtle transformed into a ball of energy.

“I thought that the turtle would need to rest on the shore and recover her strength,” Escobar said. “But she instantly swam away, strong and fast, like someone who was jumping for joy.”

She got her second chance. After lingering momentarily near the beach, the turtle then swam out to deeper waters. 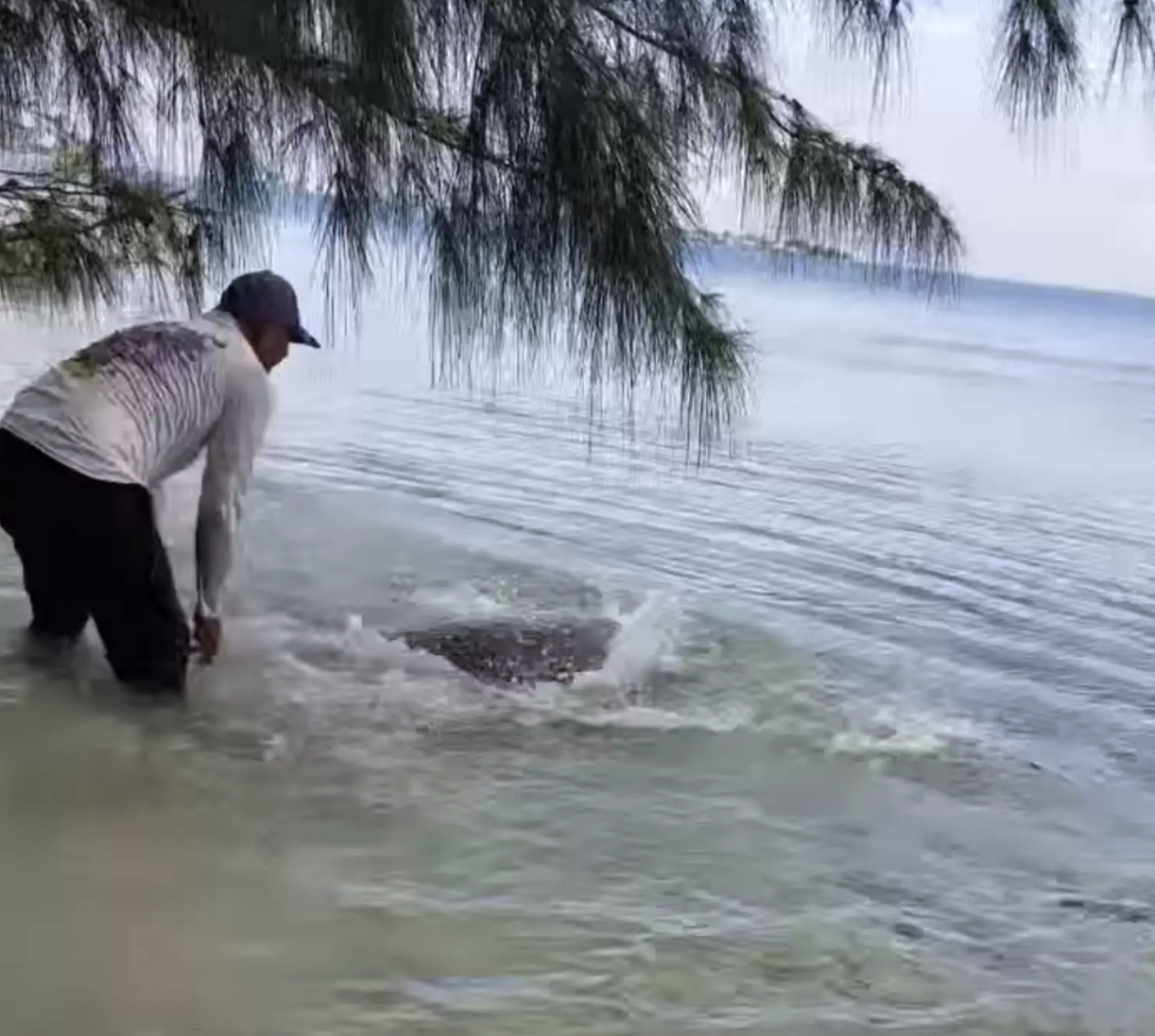 MIGUEL ÁNGEL ESCOBAR
Escobar suspects that the turtle had gotten trapped after coming ashore to lay her eggs, becoming entangled in the root while passing over the embankment along the shore. And now that she is free, there will be even more generations of her offspring to come.

“I feel happy to have helped her,” Escobar said. “It’s a great feeling.”