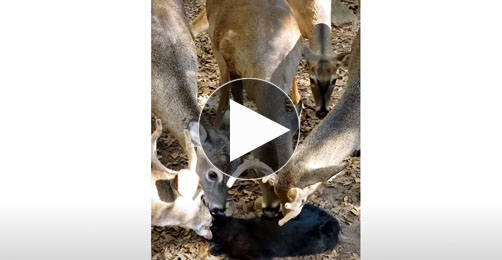 I once did some work at a farm where the farmer had a large herd of deer who lived on his property. They were mostly orphans or wounded deer who had been brought to him by the game warden, and he and his wife had raised them, and they were all like pets. There was one little fawn in particular who would always come up and try to stick his nose in my pockets to see if I had any treats, because the farmer would carry sliced apples with him in a baggie. One day I was sweating from work and stop to take a break, and the little fawn came up and started licking my arm, which attracted the other deer, and pretty soon I was surrounded by about a dozen deer who were determined to get every ounce of salt out of me that they could. 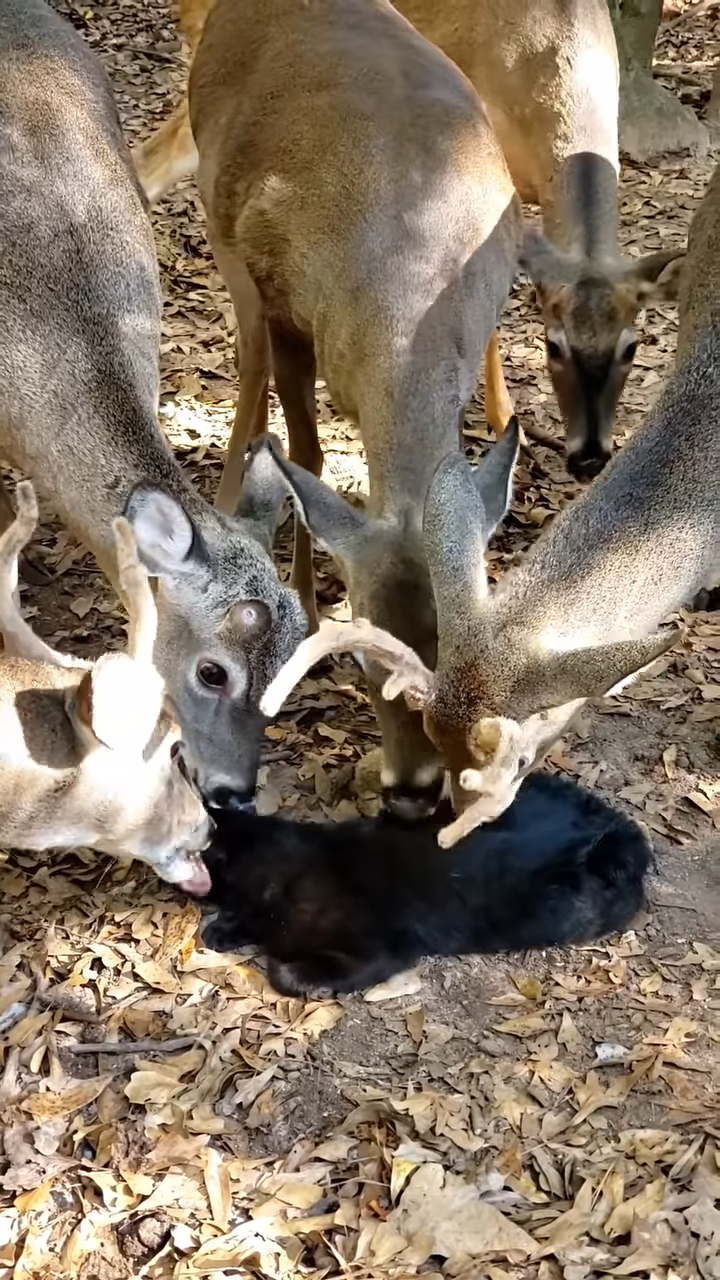