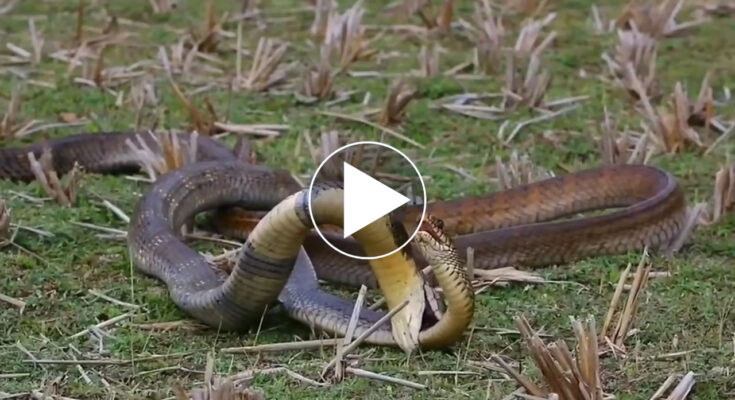 The king cobra is a venomous snake species of elapids endemic to jungles in Southern and Southeast Asia. The sole member of the genus Ophiophagus, it is distinguishable from other cobras, most noticeably by its size and neck patterns. The reptile makes its home in forests and swamps. It can grow up to 18 feet long. And the animal’s toxic b.i.te is powerful enough to k.i.l.l an elephant. 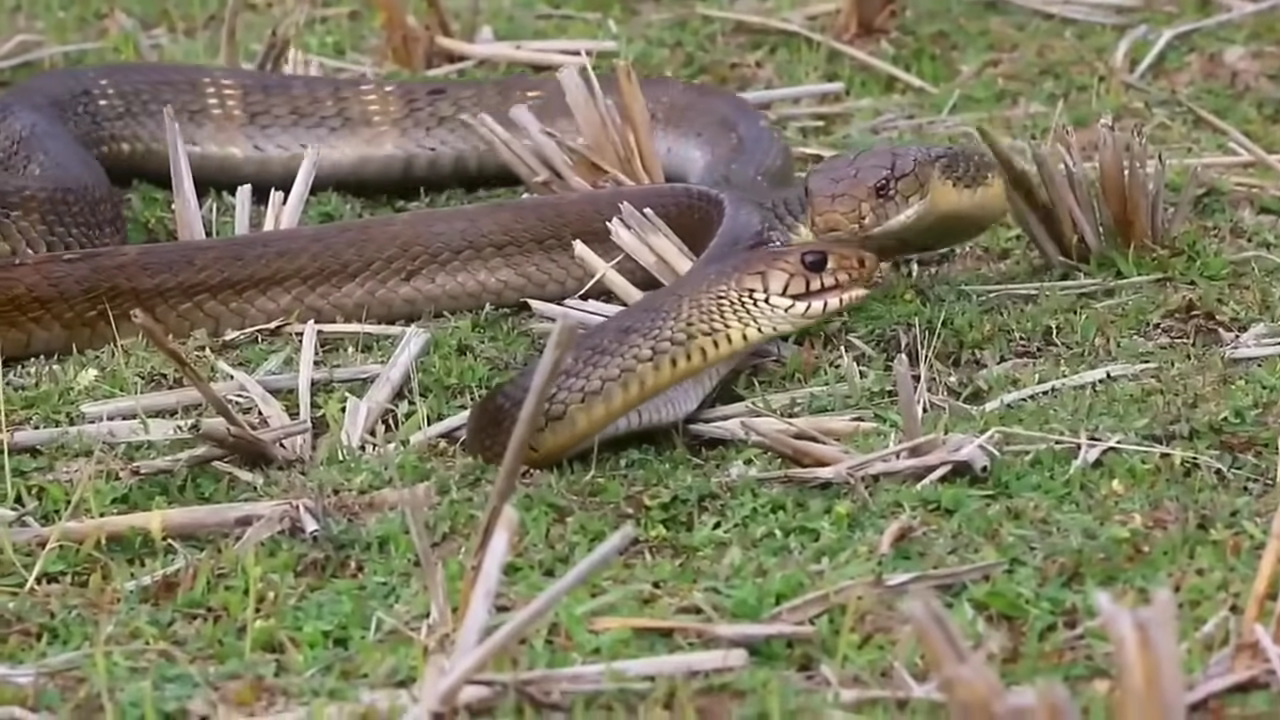 Cobras eat small mammals, lizards, and birds. They can also end up on the dinner menu—the snake is a favorite meal of the mongoose, a kind of mammal. 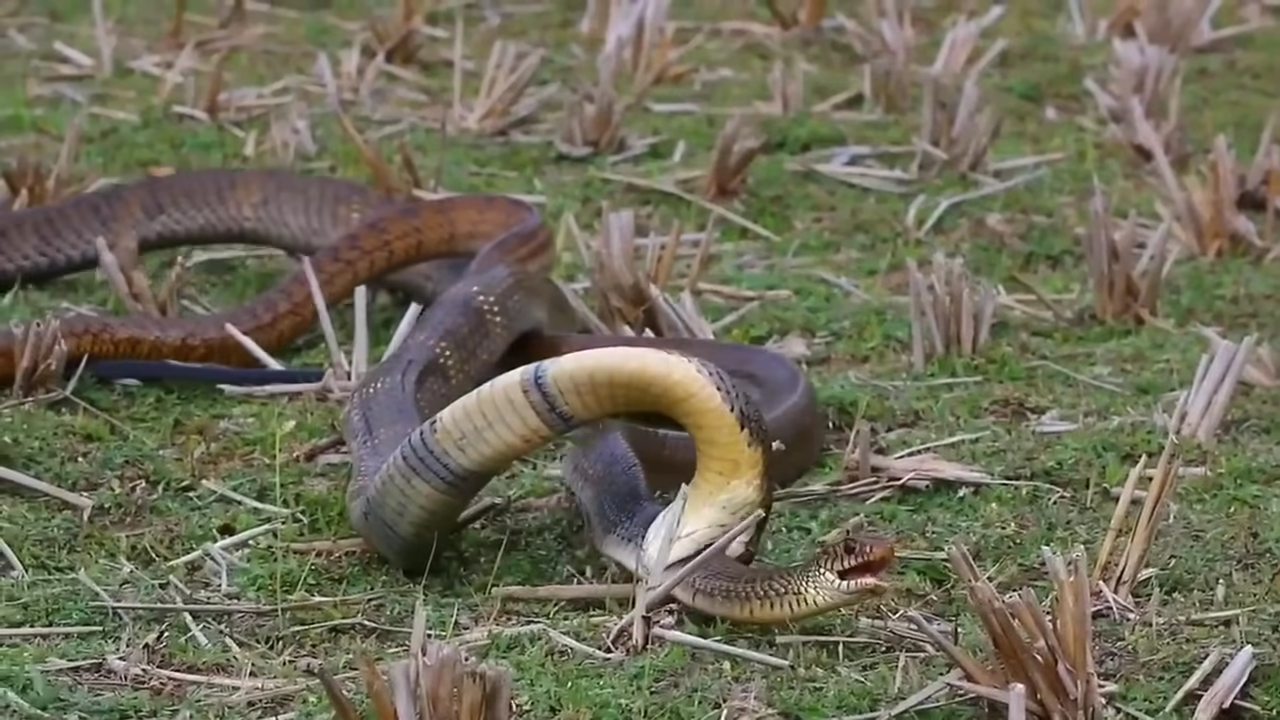 When facing predators, king cobras try to act like tough guys. They often expand ribs and muscles on both sides of their necks to create what’s called a hood. The hood makes the snake appear extra-big.