Lions Hunt Buffalo Next to Vehicle 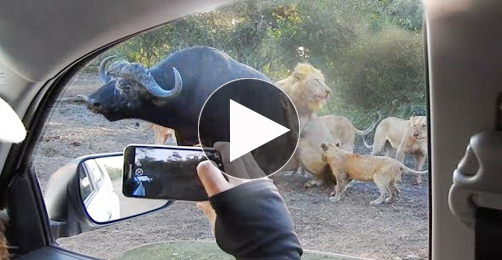 38 year old, Ahmed Ismail, was fortunate enough to witness this tremendous lion and buffalo hunt right next to him! Something some people wait a lifetime to witness.

The remaining four lionesses were pursued by the buffalos after one of the lionesses broke away from the pack and skirted her way up around them to cut them off on the other side. Following a brief conflict between the lions and the buffaloes, the latter withdrew and vanished into the field. We were disappointed since we felt we had missed the opportunity to see a successful hunt. We believed that this hunt had been a failure and that the carnivores had lost the conflict. We had no idea that what lied in store for us was a once-in-a-lifetime experience that we would all never forget. 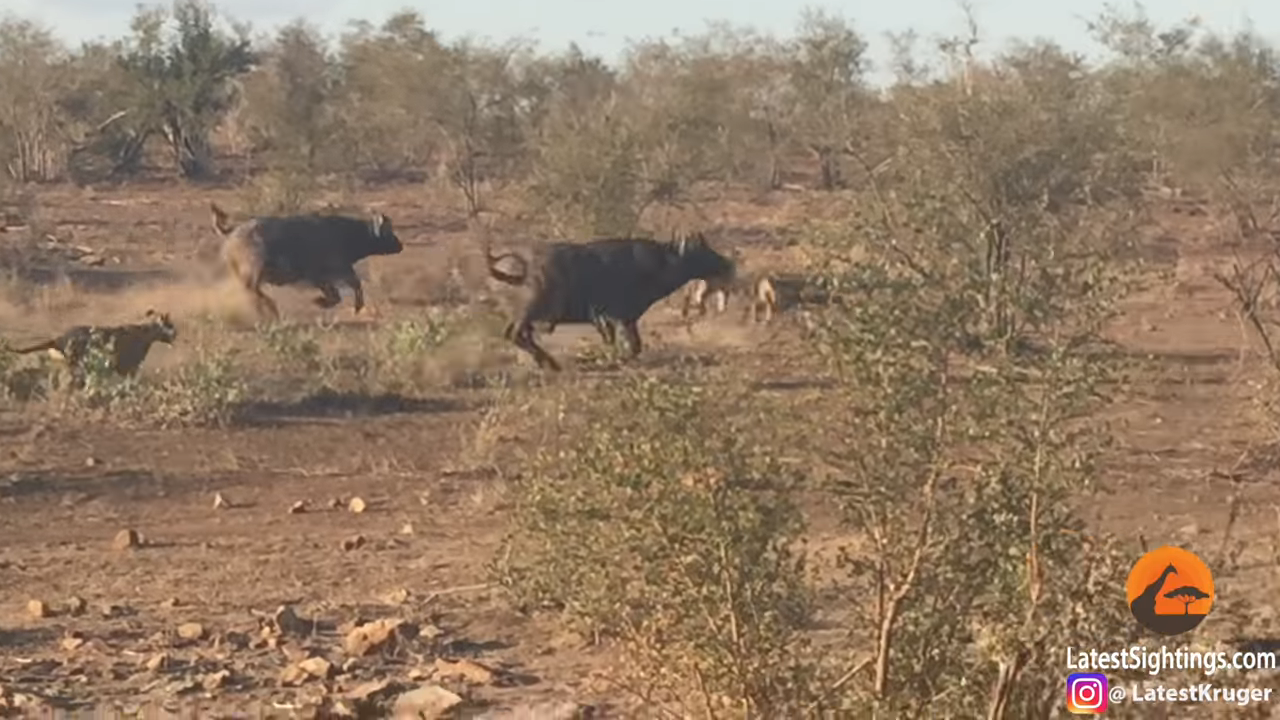 Lions Hunt Buffalo Next to Vehicle
~ 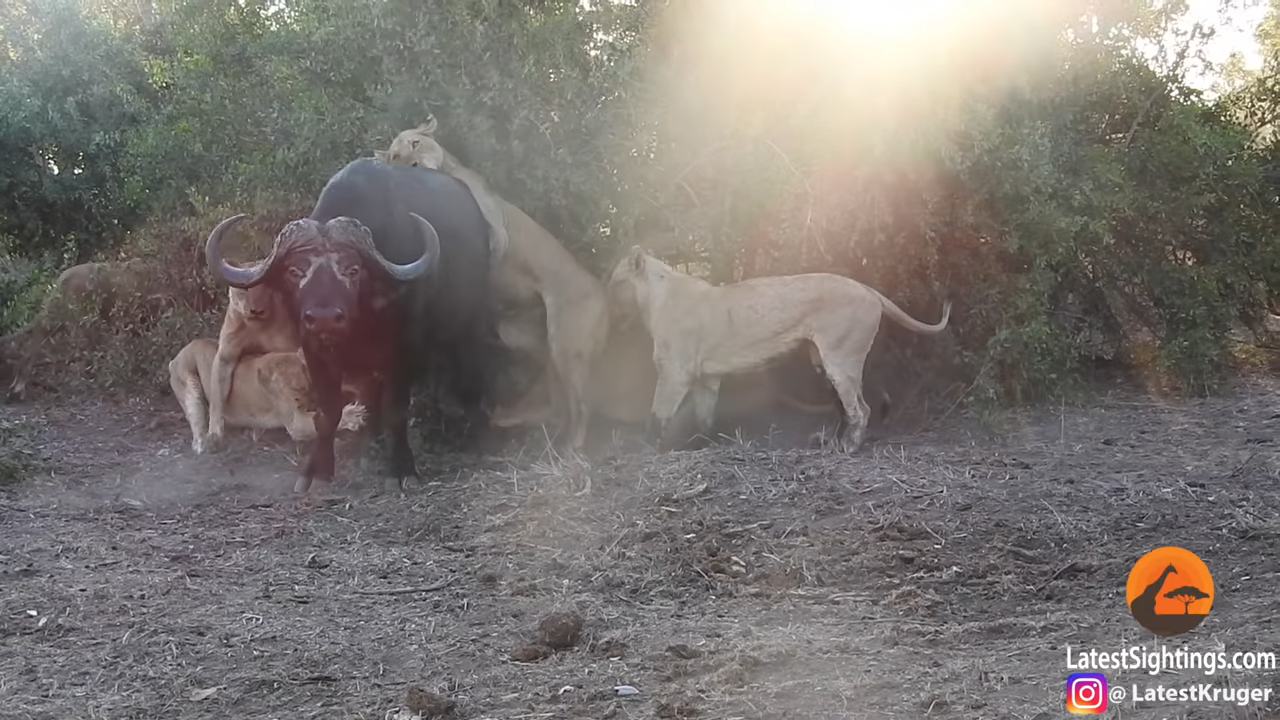