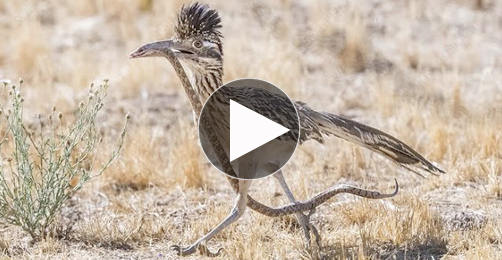 That first strike by the snake was lightning fast. It’s absolutely amazing that these birds can be so quick to respond. They are brave but friendly birds. I had a couple of them come up to me literally a couple feet away and just pass a small twig back and forth between them. They knew I was there. They would occasionally look into my eyes and then go back to the twig. I have no idea what they were doing, but outside of a couple glances, they just ignored me. 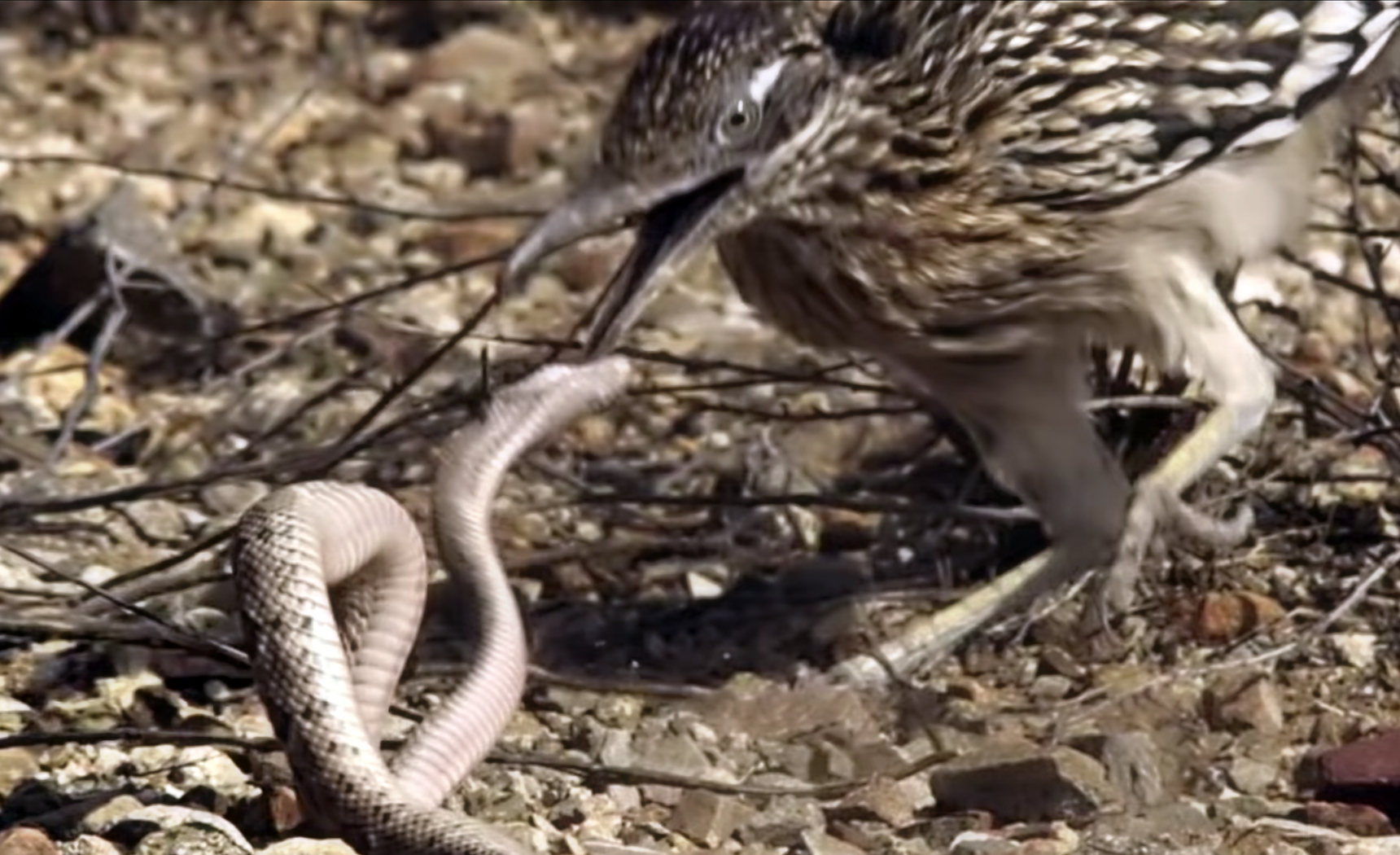 That’s why we here in Arizona make friends with and leave water out for roadrunners; they’re good guys to have around. I’m from Joshua Tree. I watched a road-runner ambush a snake from above. It was the most brutal thing I’ve seen in nature. The way that bird violently smashed the snake’s head , and then ate its brains. 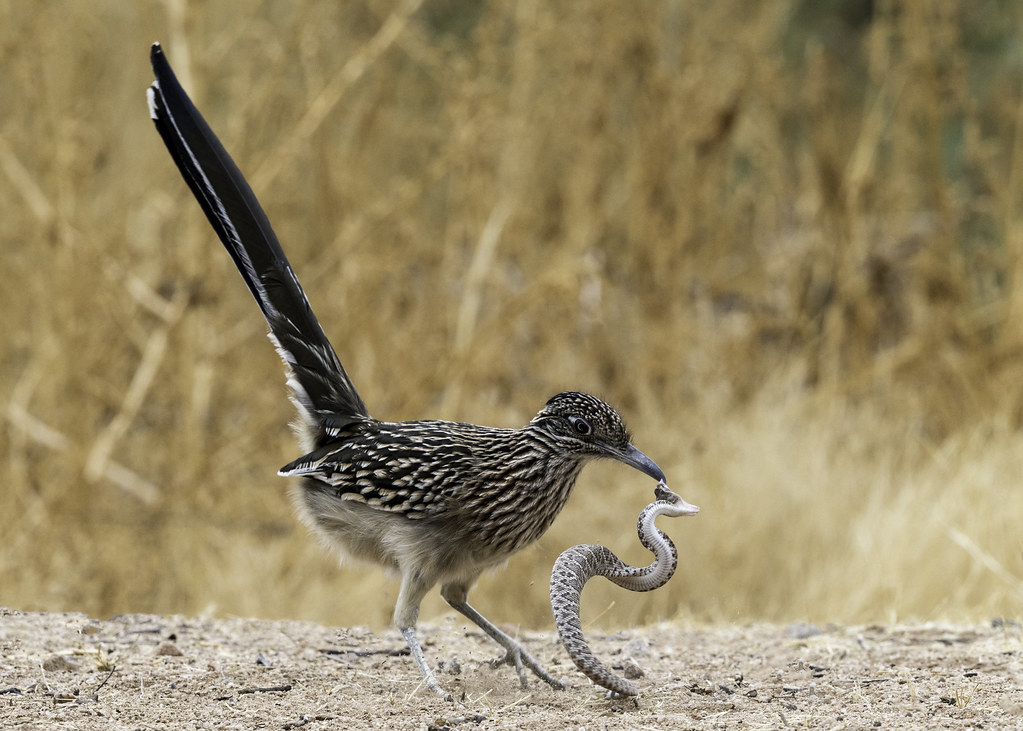 In Arizona, they are everywhere. great birds. Brave, smart, and friendly. They will keep control over insects, snakes, coyotes, and even feral cats around your property, but they respect and don’t fear humans and don’t cause any noticeable damage akin to various types of vermin. They also (for mostly unknown reasons in studies) do not bother or disturb dogs. It is assumed to be some sort of mutual respect for each other’s scent, but isn’t scientifically proven. If you provide them with water when there is none available, they’ll literally defend your areas. They can grow to be slightly over 2 feet in length, live up to 8 years, and can move so fast the human eye can’t register some of their movements.