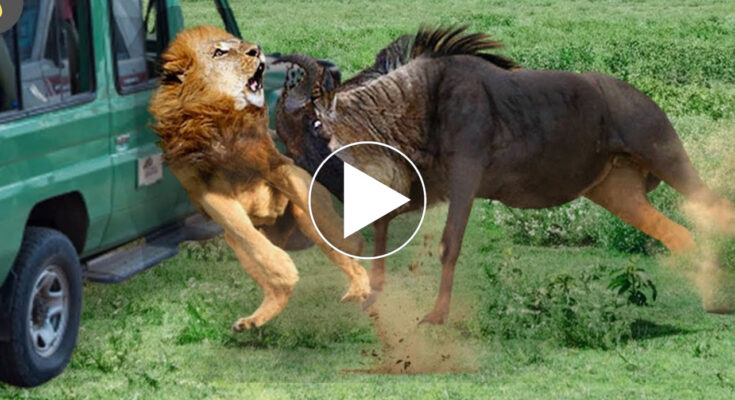 A hungry lion had an unplanned encounter with a cape buffalo while hunting in South Africa’s Kruger National Park, which escalated into a life-or-death conflict. The cape buffalo is a dangerous animal that can throw a lion around like a stuffed animal.

The buffalo was being stalked by two juvenile lions when one of them leaped on it, and the other lions appeared to be only seconds away from catching some new meat. The buffalo were worn out, and it appeared like the hunt was done. In order to save his friend, a bull risked his own life by charging the lion with his strong horns and hurling him into the air.

Following some playful taunting, the lion leaps onto the back of the buffalo, which then flees when the buffalo spins like a top. The buffalo almost pierces the lion with his horn when the lion tries to pounce on him again. Frustrated, the lion decides to end the hunt. A smaller cub is chased and trampled by this buffalo, who then launches the cub into the air like a dove at a wedding reception!