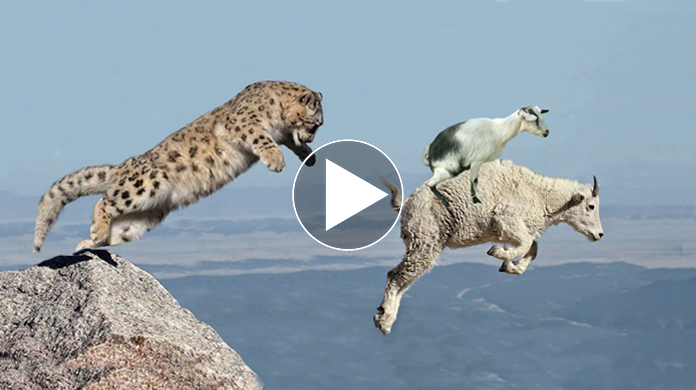 The prey varies depending upon the snow leopard’s range. In Pakistan, they hunt the markor, a beautiful wild goat with distinctive spiral horns. When Peter Matthiessen went with George Schaller into the Tibetan Plateau looking for them, the snow leopards were hunting a species of called the blue sheep or bharal. In Ladakh in India, they hunt ibex and urial (a wild true sheep).

The snow leopards live in my country, in Mongolia’s north-west part, up high of the Altai mountains. And, what is very unusual, in the south side of Mongolia, where is the desert Gobi in the high mountains. They are under strict protection and control because of 2-legged-animal-hunters after these beautiful nature creatures. 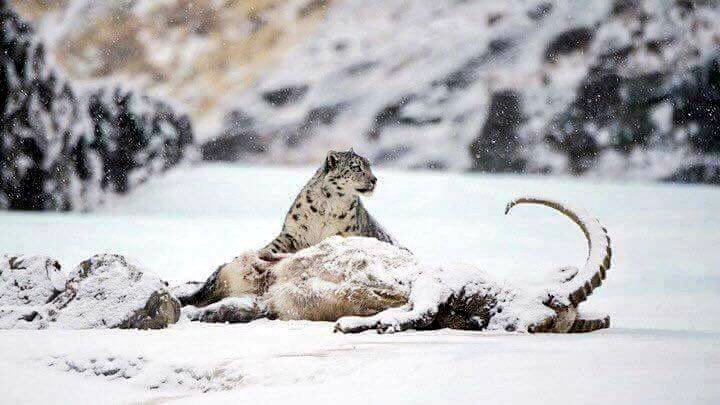 This video is amazing. Not only are we seeing the super rare snow leopard on a hunt, we also see the terrain change and the time of day change! It’s a dam, it’s a mossy mountain side, it’s a brown stone, it’s overcast, it’s sunset…. just so many incredible things! It’s almost like someone took a bunch of different clips and poorly mashed them together. Share it with your friends.