4 Beautiful Purr Cheetah Cubs at the Safari Park with Mom 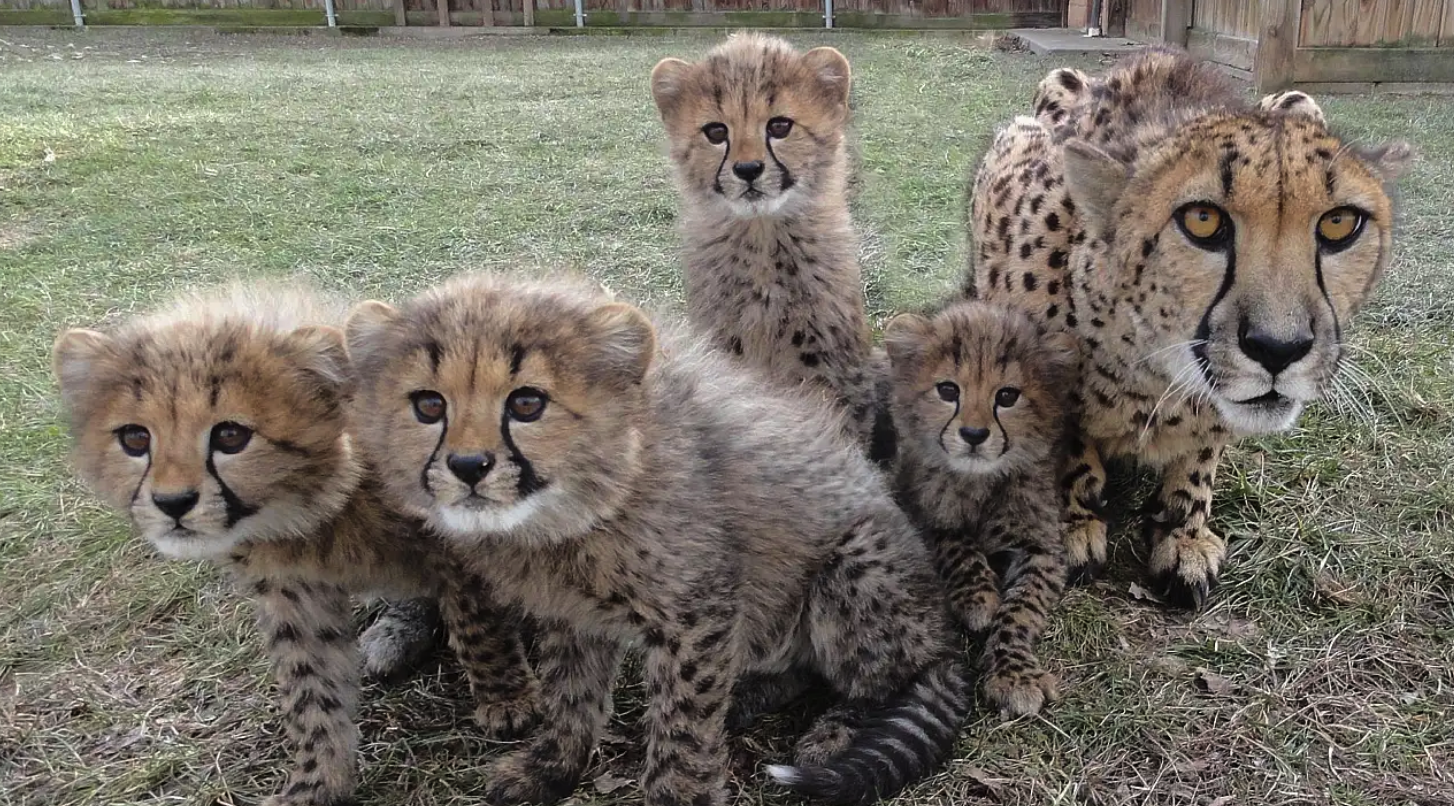 Four cheetah cubs ran, climbed, and played in their new habitat at the San Diego Zoo Safari Park this morning. The young felines chased birds and each other, eventually resting alongside their mother, who groomed and nursed them, before the felines’ playtime started over again. Their attentive mother kept a close watch over the cubs and vocalized with a loud chirp when they ventured too far out of her view.

The almost four-month-old cheetah cubs, two males and two females, were born to first-time mother Addison on July 13 at the Safari Park’s off-site cheetah breeding center. The little family moved to their new habitat at the Safari Park’s Okavango Outpost this week. “Addison is an excellent mom, calm, confident, and extremely protective,” stated Paula Augustus, the senior keeper. “The cubs are very vocal, curious, and playful, each with their own distinct temperaments.” “It is great to be able to watch a cheetah mother raising her cubs.” The two male cubs have been named Wgasa and Refu, and the two females are named Pumzika and Mahala.

All were named after former areas of the Safari Park. Keepers tell the young felines apart by their faces, tails, and markings. Weighing one to two pounds at birth, the cubs are healthy and growing well, currently weighing 16 to 18 pounds each. They are still nursing but also eat a diet of raw meat. When fully grown, the average cheetah can weigh 84 to 143 pounds, with the males being larger.