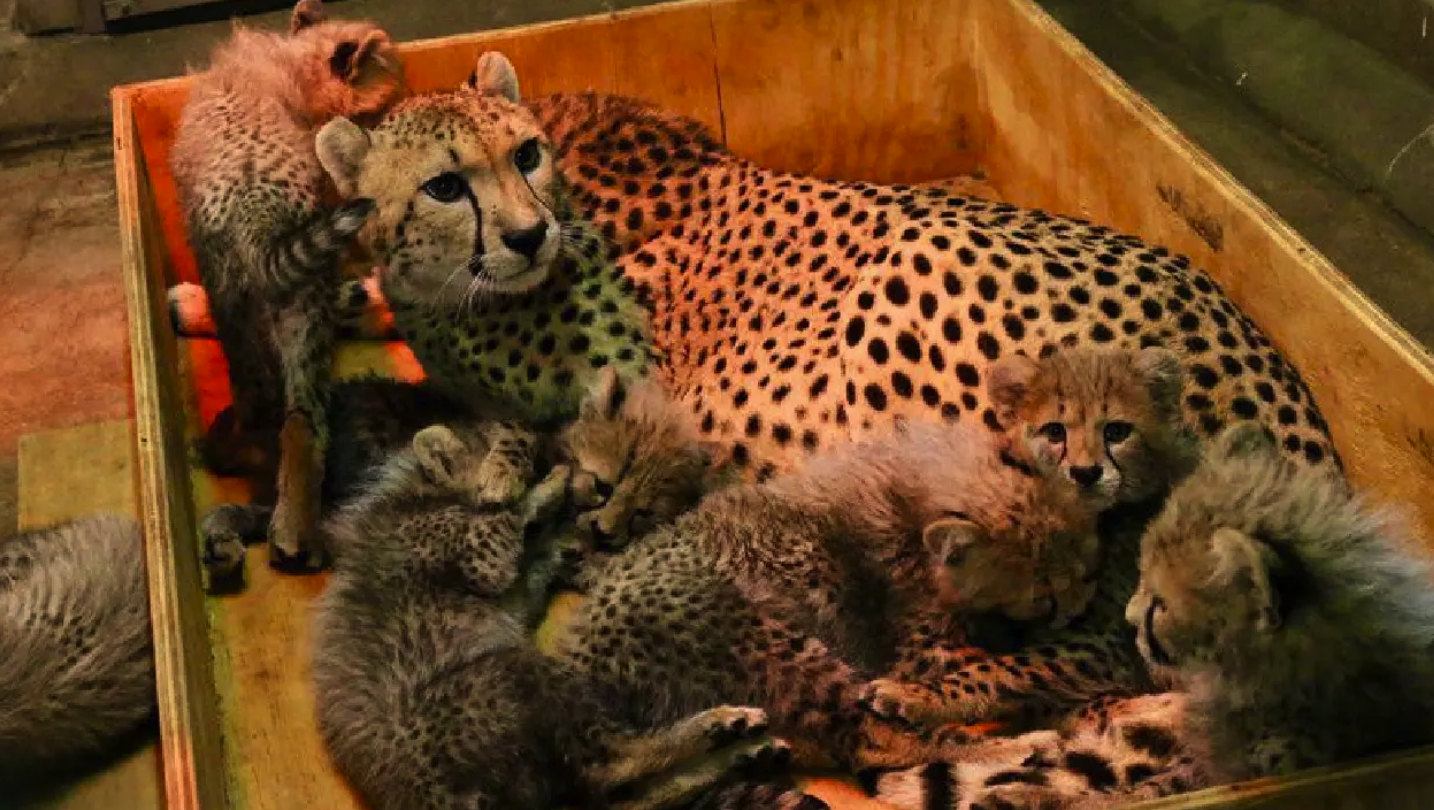 For the first time in Saint Louis Zoo history, a cheetah has given birth to eight cheetah cubs. The cubs, three males and five females, were born at the Saint Louis Zoo River’s Edge Cheetah Breeding Center on November 26, 2017.

Mother and cubs are doing well and will remain in their private, indoor maternity den behind the scenes at River’s Edge for the next several months. In over 430 litters documented by the Association of Zoos and Aquariums (AZA), this is the first time a female cheetah has produced and reared on her own a litter of eight cubs at a zoo. The average litter size is three to four cubs.

The first few months of life are critical for newborn cheetahs. The animal care staff is closely monitoring the family, and it appears that all eight are healthy. Four-year-old Bingwa (pronounced BING-wah), which means “champion” in Swahili, continues to be an exemplary mother, according to the cheetah care team. She has quickly become adept at caring for her very large litter of cubs—grooming, nursing, and caring for them attentively. Since 1974, the Zoo has been a leader in cheetah reproductive research and breeding. Over 50 cubs have been born at the Zoo’s Cheetah Breeding Center.