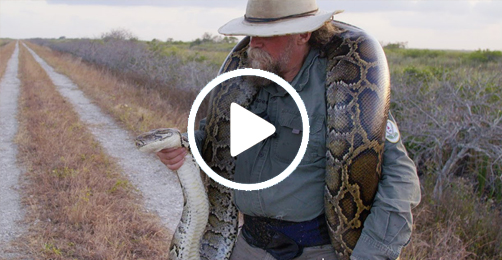 Invasive animals abound in Florida’s Everglades, with the Burmese Python topping the list. 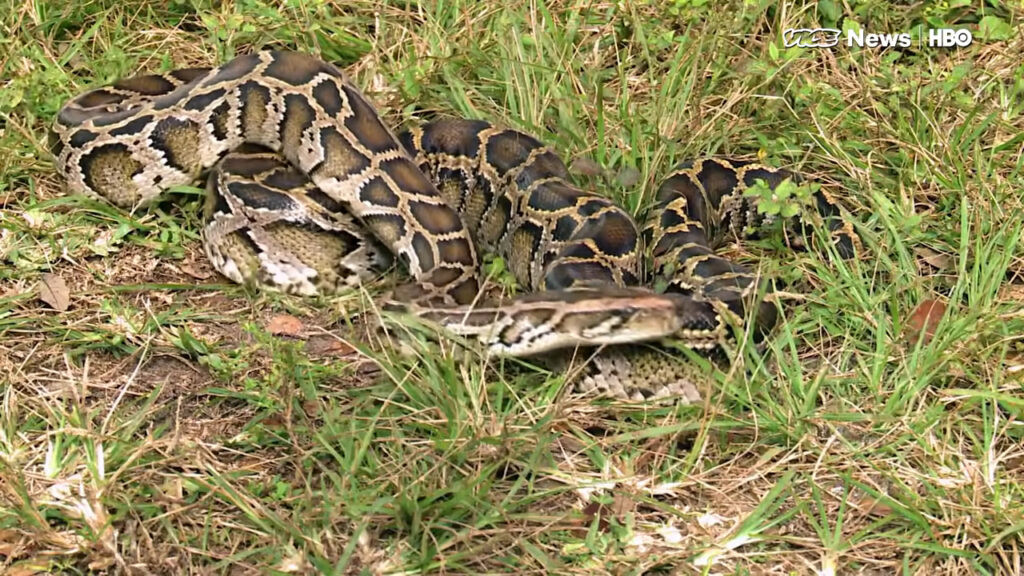 A pet sold in stores across the United States that is often released into the wild when it grows too big or old for its owner. 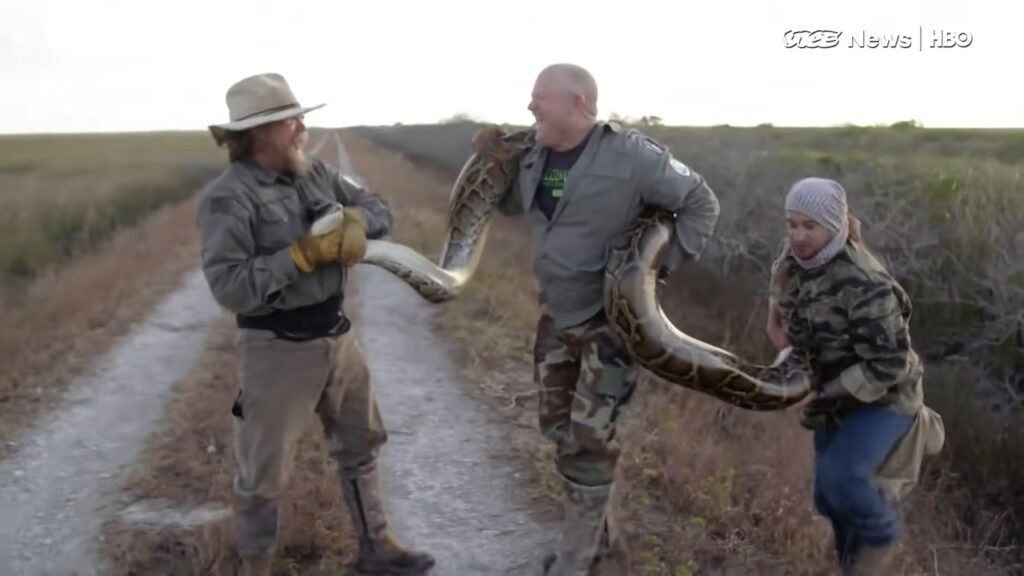 When this occurs in Florida, where the Everglades tall grasses are identical to those found in Southeast Asia, the animal thrives, reproducing in large numbers and eating whatever it wants due to the lack of natural predators.

After a viral video of a burmese python wrestling an alligator went viral, the director of the South Florida Water Management Territory began a snake-hunting program across his district.