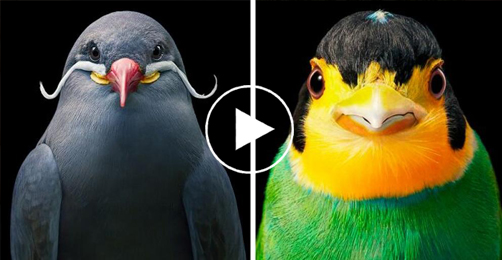 Tim Flach is most renowned for his breathtaking pictures, in which he treats animals with the same attention as his human subjects. Whether it was in their natural habitat or against a plain background, the acclaimed photographer managed to capture the soul of both domesticated and wild animals.

His mission is to raise awareness about the plight of threatened bird species. So, meet the Blue Tit, the Gouldian Finch, the Northern Red Cardinal, and a slew of other unusual birds.

Tim Flach is an animal lover who keeps three goldfish and two Burmese cats as pets. He didn’t say how his cat and bird models are getting along, though.

16. Andean Cock Of The Rock