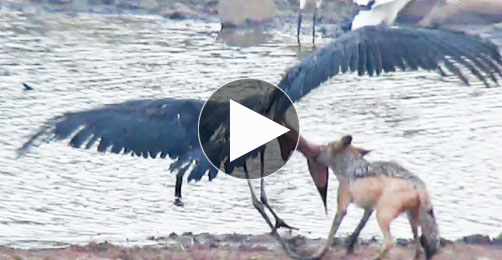 We were on our way out of the park via Bakubung Gate when we decided to make one last stop to view the animals and birds at Kubu Dam. I happened to notice that there was a jackal lying flat on the ground in front of us, but we were distracted by the filming of the two elephants.
In the blink of an eye, the jackal began running towards a marabou and went flat out to grab it around the neck. I was shocked and amazed at the same time as I watched this all unfold. I felt terribly sorry for the marabou, but a meal is a meal… 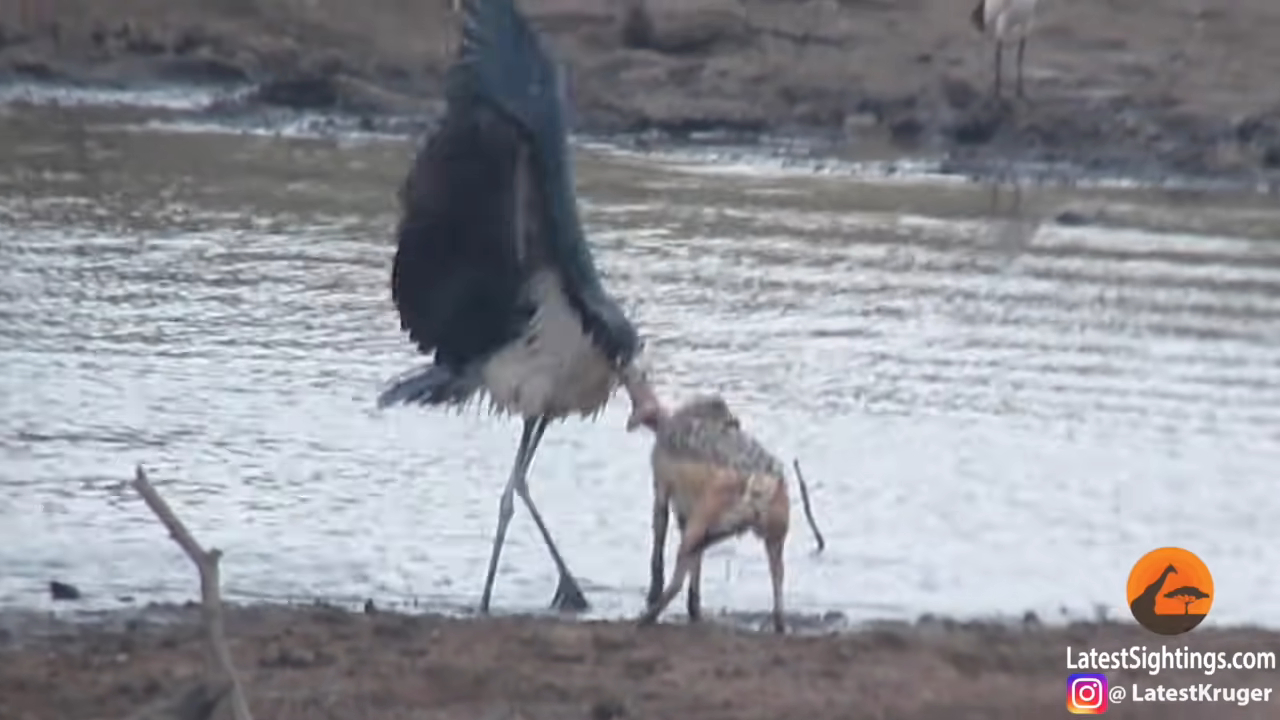 This is a side-striped jackal, which is crepuscular and the least aggressive of the jackals; it always hunts alone or with its partner. Dian Swanepoel was very fortunate to catch this on film, especially with the elephants playing. Thanks very much for uploading this, Nadav: It’s not often you see such a sight..and they were just leaving, probably for an evening meal of their own. Excellent footage . 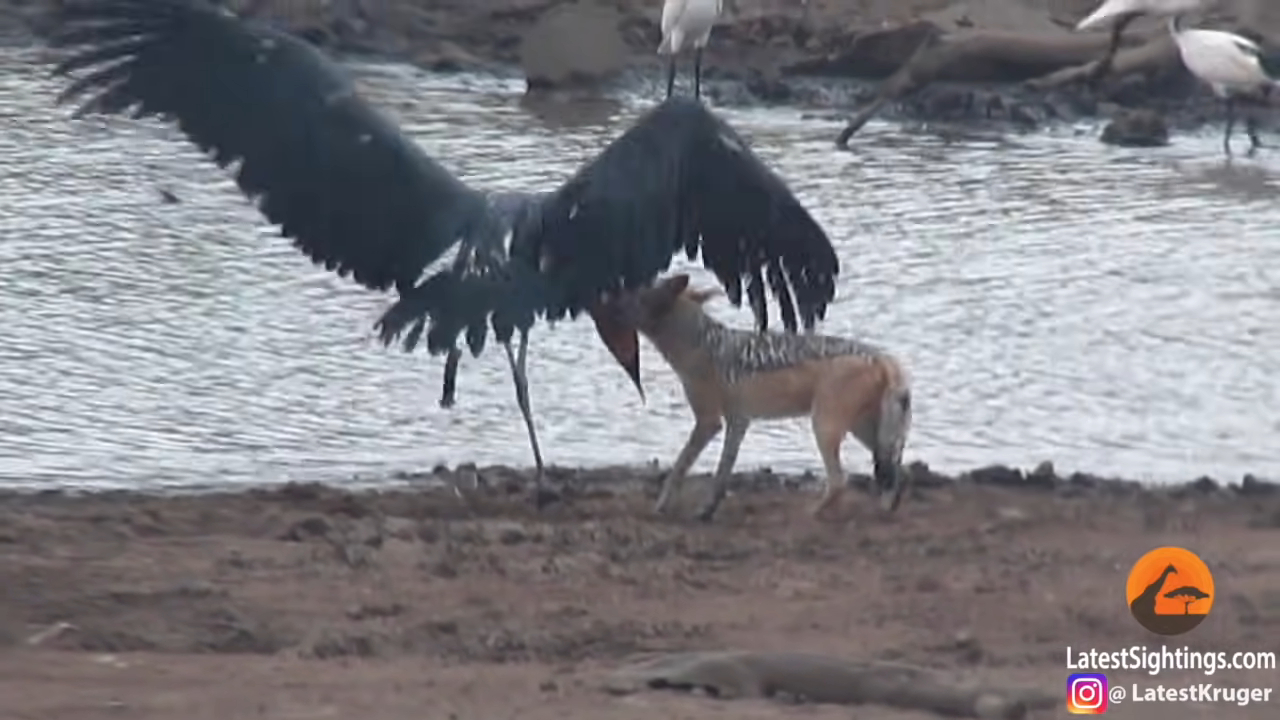 I have never seen a jackal kill anything. I always thought that they arrived after the deed was done in hopes of picking up some scraps. Thanks for showing this. There were so many other storks there that I at least thought that they would offer some aid and peck at the jackal during the attack. I’ve never seen anything like that before. I’ve seen footage of crocs snag wading birds on a rare occasion, but not a jackal taking down a fully grown Marabou stork.