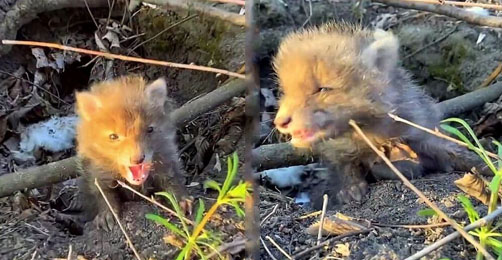 When a small motherless infant fox found himself imprisoned in a narrow ditch, he was at the end of his rope. The ditch was most likely dug by hunters to catch passing small and innocent pets. This poor fox youngster was completely jammed between the piled-up branches on the ground, and he was moving his body feebly in a desperate attempt to escape. 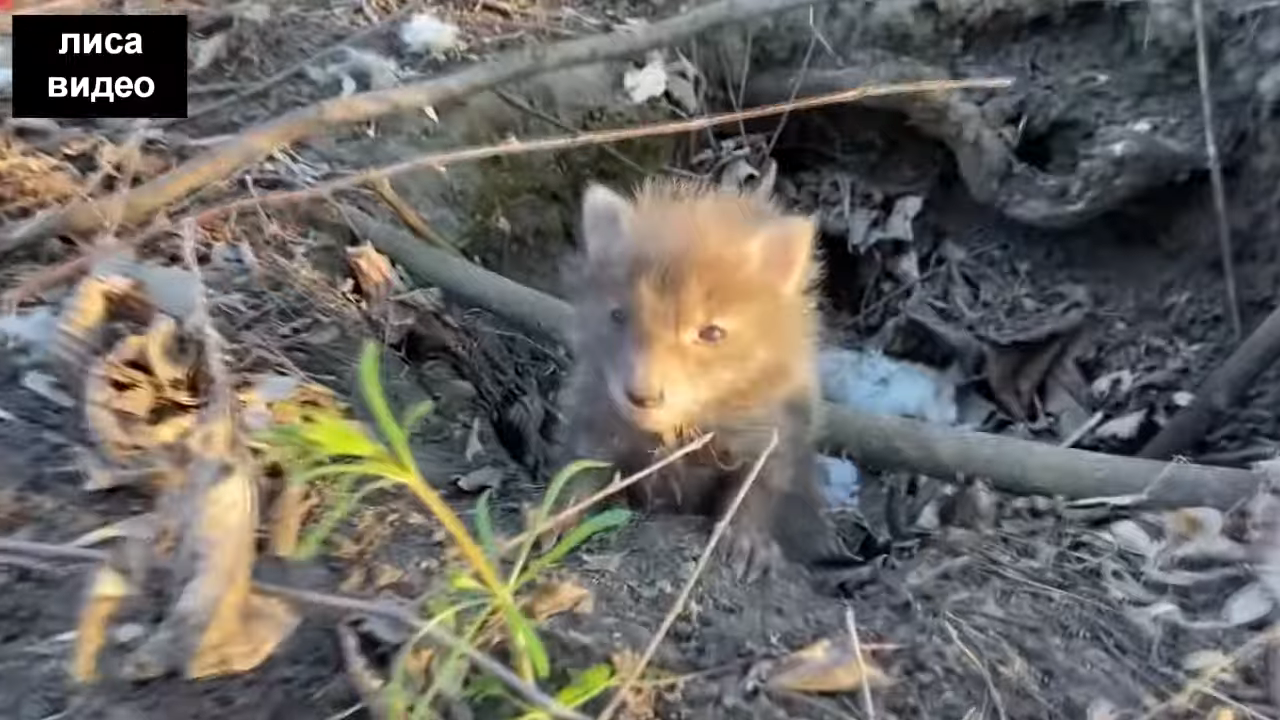 The baby fox was left to suffer alone, his cries for help going unnoticed in the remote woodland. He heard footsteps approaching on the jumbled up, completely dried fallen leaves just as he was preparing himself for a horrific fate. A man casually wandering through the woods had heard his sobs from afar and had gone all the way to save him! 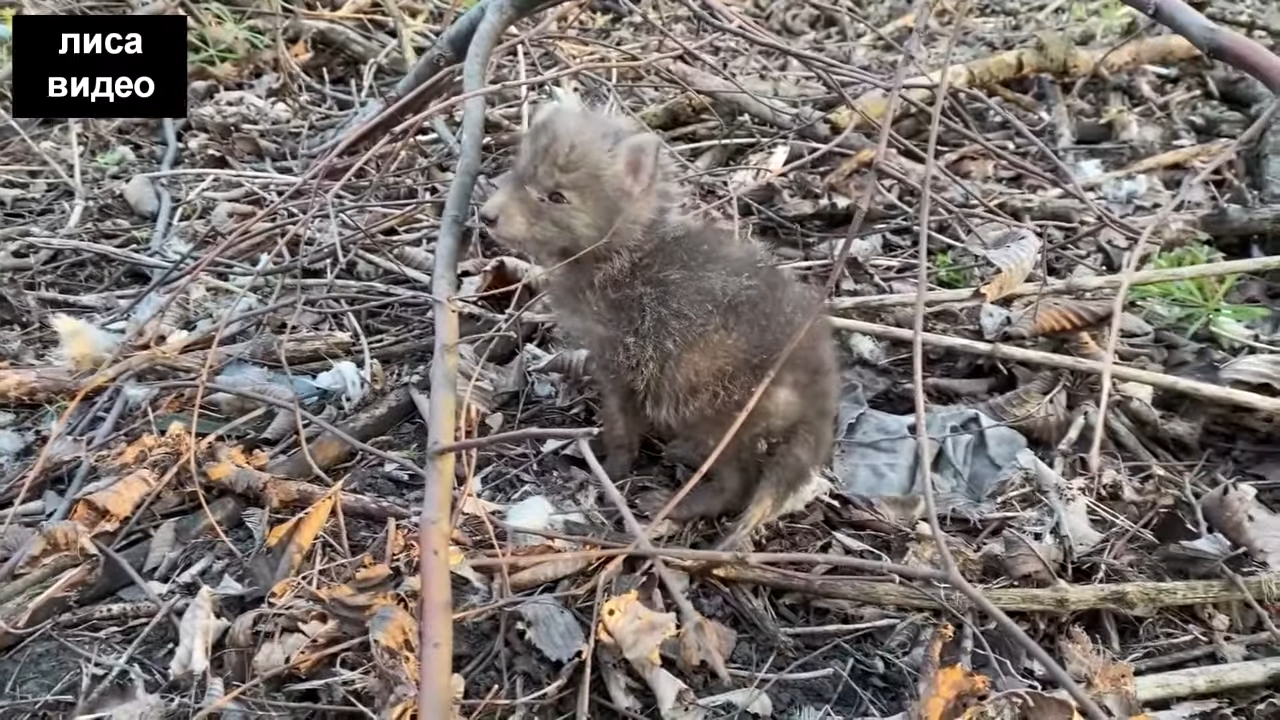 The man went on to become a pet rescuer with experience with both dogs and cats. He tenderly lifted the baby fox out of the ditch and wrapped him in his warm sweatshirt to keep him safe. As he nestled in his savior’s arms like a little little toddler, the wee creature was all smiles! The man brought the famished and also dried baby fox home with him and fed and watered him. 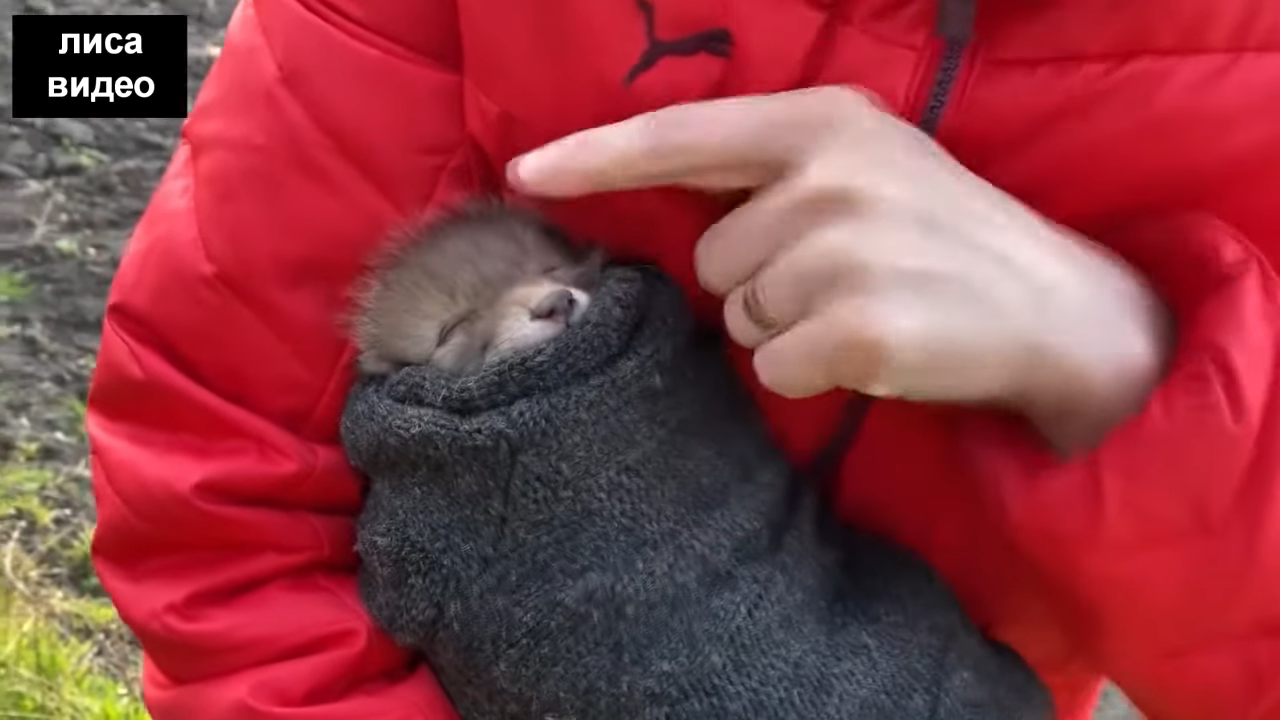 The man then bathed the infant fox and cleansed off the parasites that had taken over his entire body. With time, the man enlisted the help of other animal rescues to help him raise the child fox. It was a soothing experience for the sweet baby as he grew up with the best care and company! He even acquired a strong yearning for his rescuer’s fluffy canine and was looking forward to seeing him!

Nonetheless, everyone was perplexed by the child fox’s loyalty and psychological attachment to the person who saved him! Throughout the day, the furry cutie was devoted to him and followed him around with amorous eyes. He plainly sees the man as his guardian angel, who helped him survive and thrive in the face of adversity. What a genuine and priceless link exists between a wild animal and a human!