Fox Returns Each and Every Day to Have Dinner With Her Favorite Cat Friends! 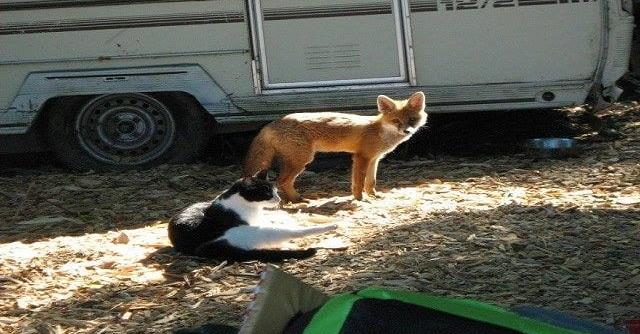 Vixey isn’t your average fox. She’s made friends with a gang of cats and now eats dinner with them every day!

Vixey was just a newborn when she arrived at England’s Second Chance Animal Rescue Crockenhill (SCAR) in February. Her mother had rejected her. 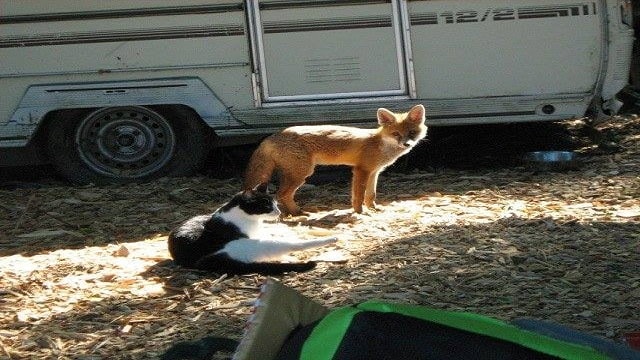 SCAR took the fox cub in right away and bottle-fed her until she was strong enough to go out into the wild on her own.

What happened next was a little strange. 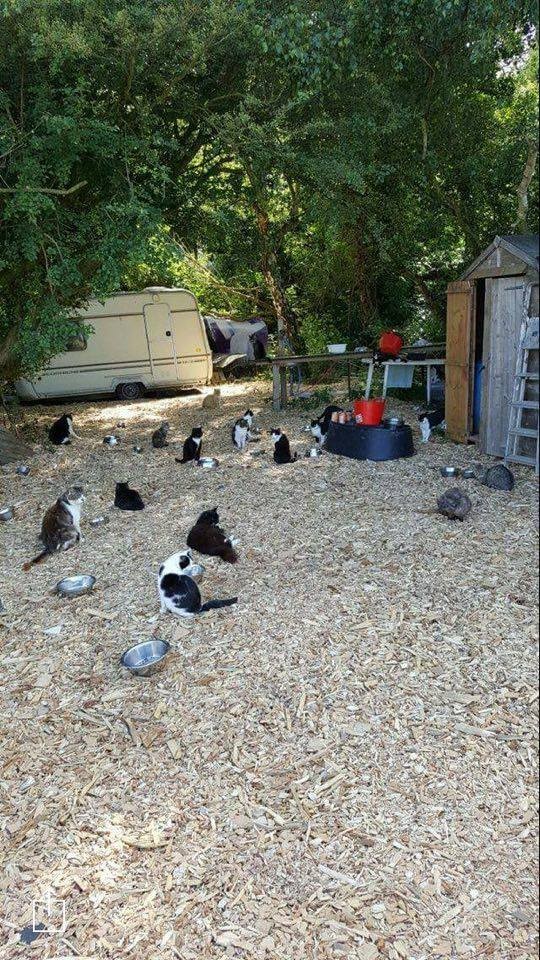 Vixey developed an especially strong bond with the outside cats that also live at the refuge. She was the first rescued and released fox to maintain a relationship with them.

Vixey, who is about 7 months old, visits every day to have a meal with her feline companions. The cats don’t seem to mind, but if she gets a bit too greedy, they’ll slap her in cat way. 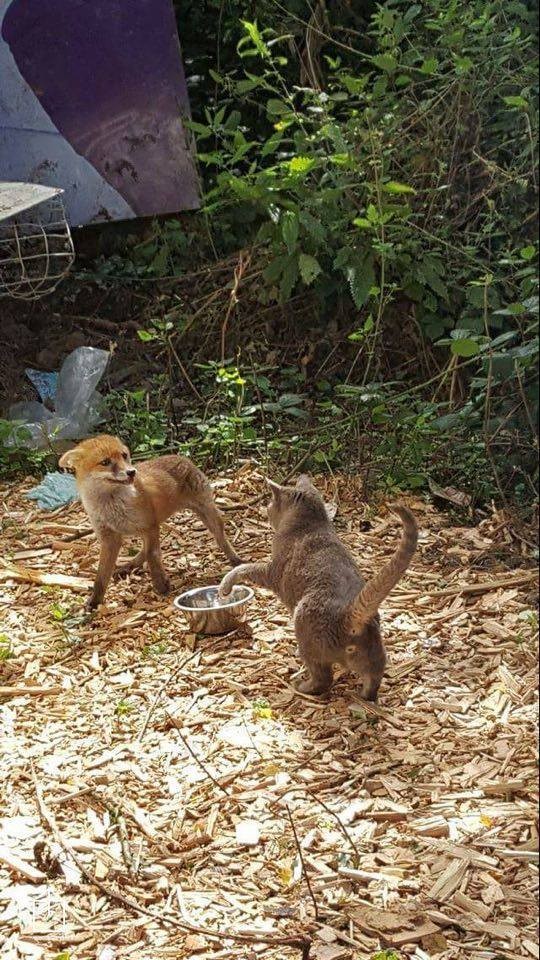 “I believe she has returned because she knows she is secure with us,” SCAR founder John Ranger told The Dodo. “We have roughly 80 cats at the sanctuary who live a very free life, therefore Vixey sees cats a lot.” 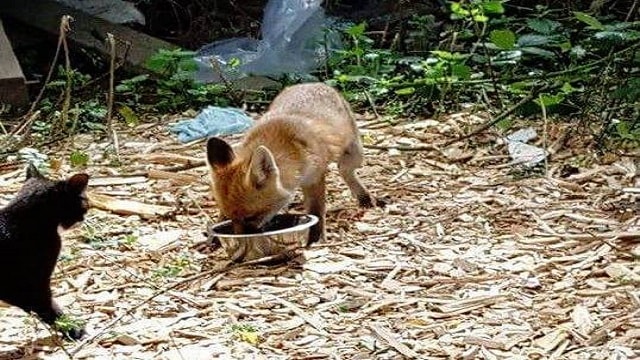 “We do offer her fresh meat,” Ranger explained, “but she prefers cat chow.” “She sneaks in and pounces on the food in the bowl.” “The cats don’t seem to notice.” 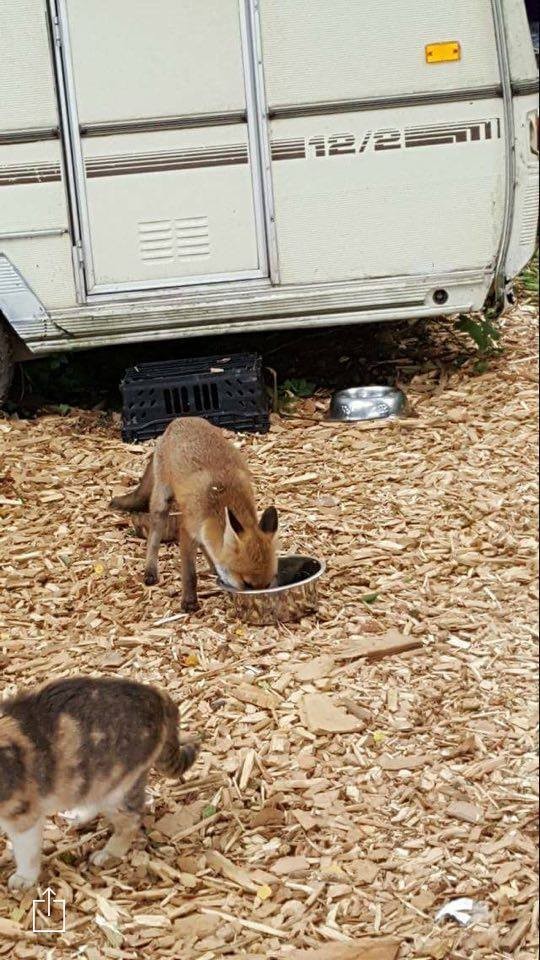 Vixey finds it easy to eat and rest in the cats’ peaceful temperament and overall zen mindset.