Rare sighting!!! Famous Marsh Pride bring down a Buffalo t.ra.pped in the water!!!! 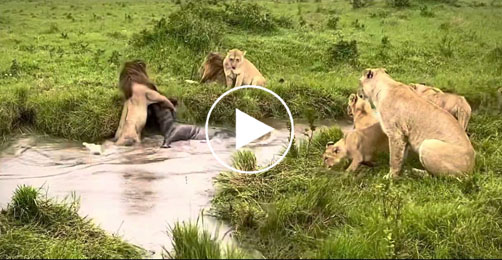 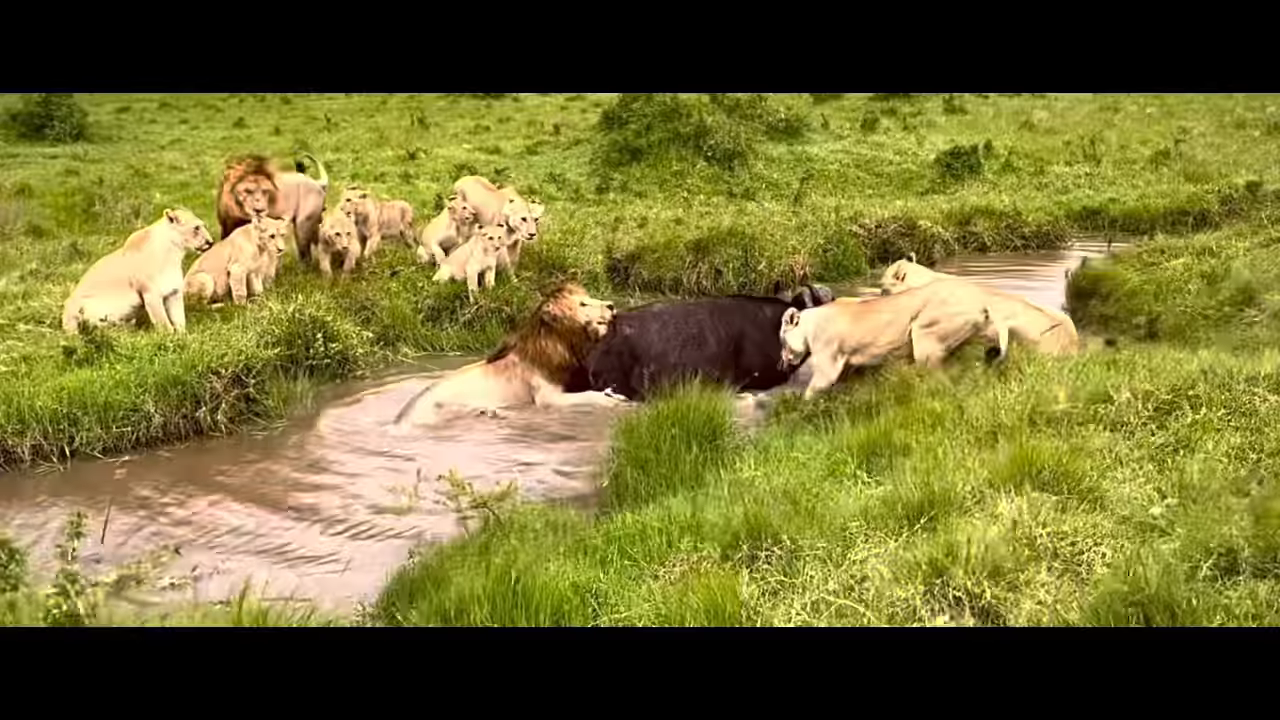 The rest of the Buffalo herd bolted, but a few courageous souls returned to try to save it, only to be chased away by the pride. The Lionesses a.ttem.pted to suffocate the Buffalo, but it kicked too hard and a.ttem.pted to pierce them with its horns. 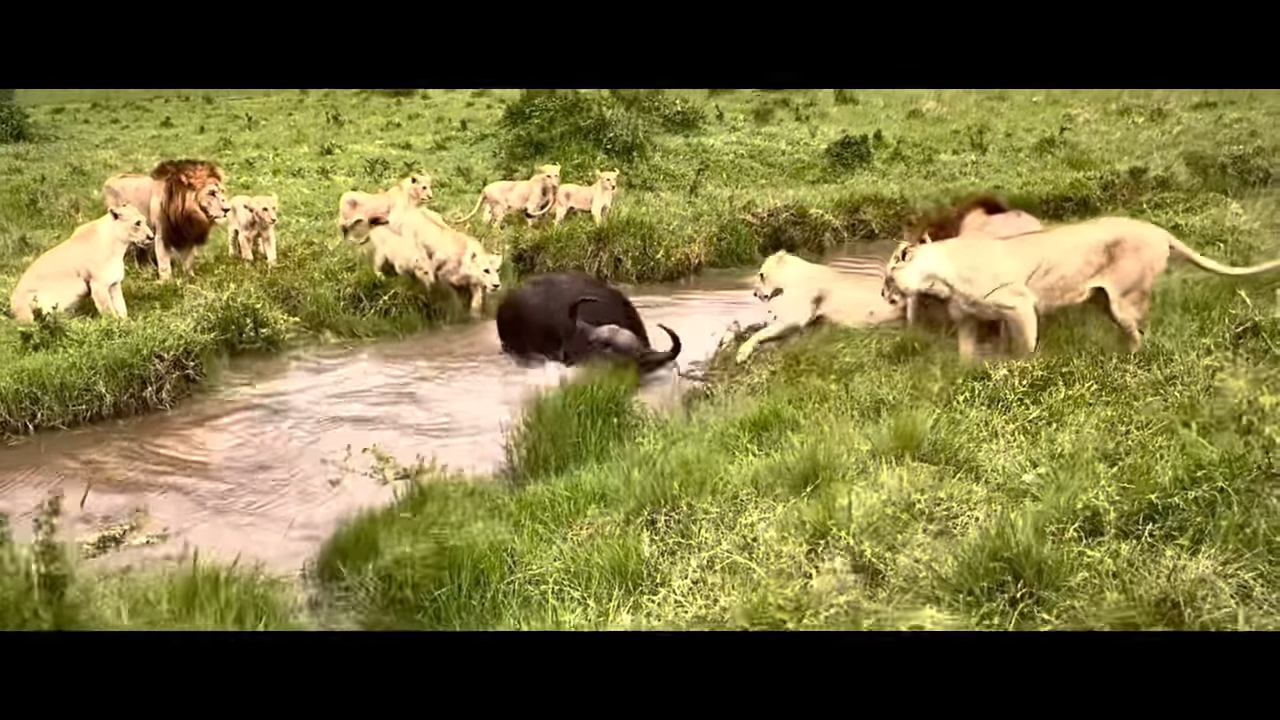 Halftail, the dominant male, then leapt on the Buffalo’s back and b.i.t its neck, subduing it and allowing Halftail to drag it over. Halftail then swooped down to the Buffalo’s face and clasped his jaw over its mouth, s.uff.ocating it beneath the water. 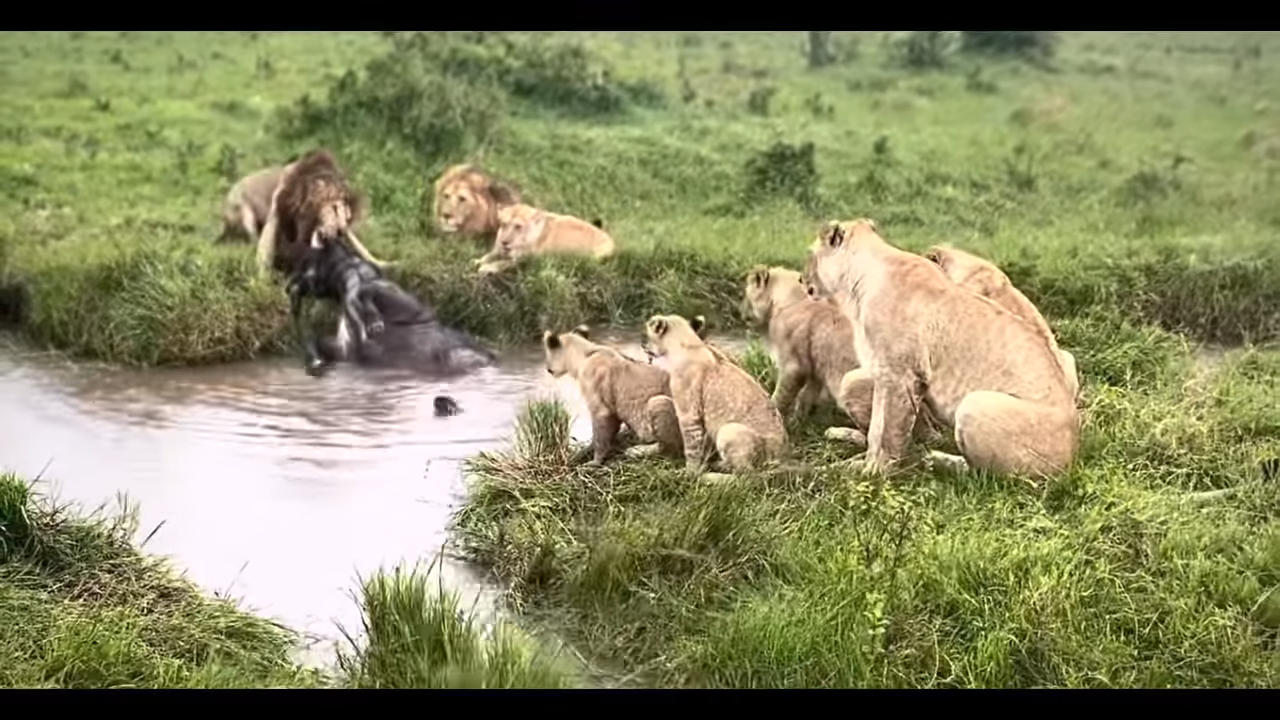 Halftail stayed in the water until the Buffalo was d.ead, despite the fact that Lions dislike water. He then dragged it out of the water by himself for the pride to consume. Putting to rest the idea that Lionesses are the dominate hunters!