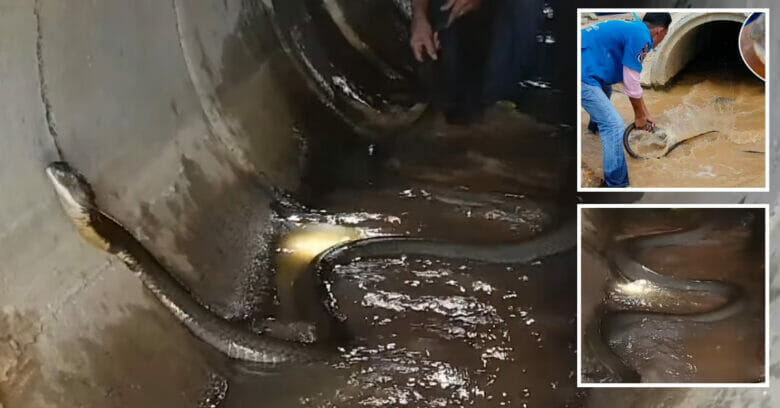 King Cobra
A king cobra the length of a stretch limo slides through a field. Looking for food, it raises its head and flicks its tongue. Suddenly, a rat scampers past. The snake takes off after the rodent. As it nears its prey, the cobra strikes: It sinks its venom-filled fangs into the rat to knock it out, then swallows the snack in one gulp. 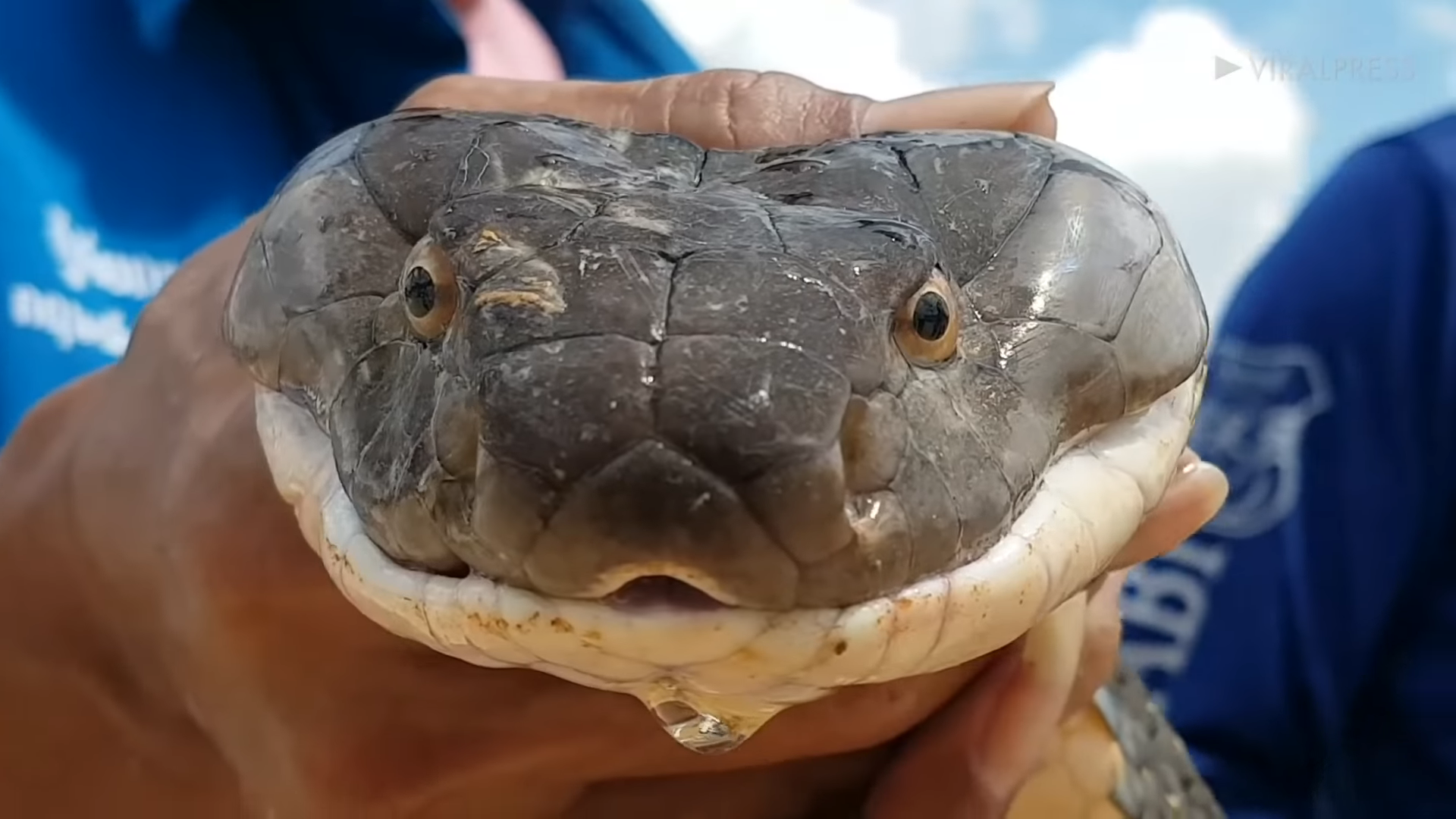 LARGE AND (MOSTLY) IN CHARGE
King cobras are venomous snakes that live in South and Southeast Asia. The reptile makes its home in forests and swamps. It can grow up to 18 feet long. And the animal’s toxic bite is powerful enough to k.i.l.l an elephant. 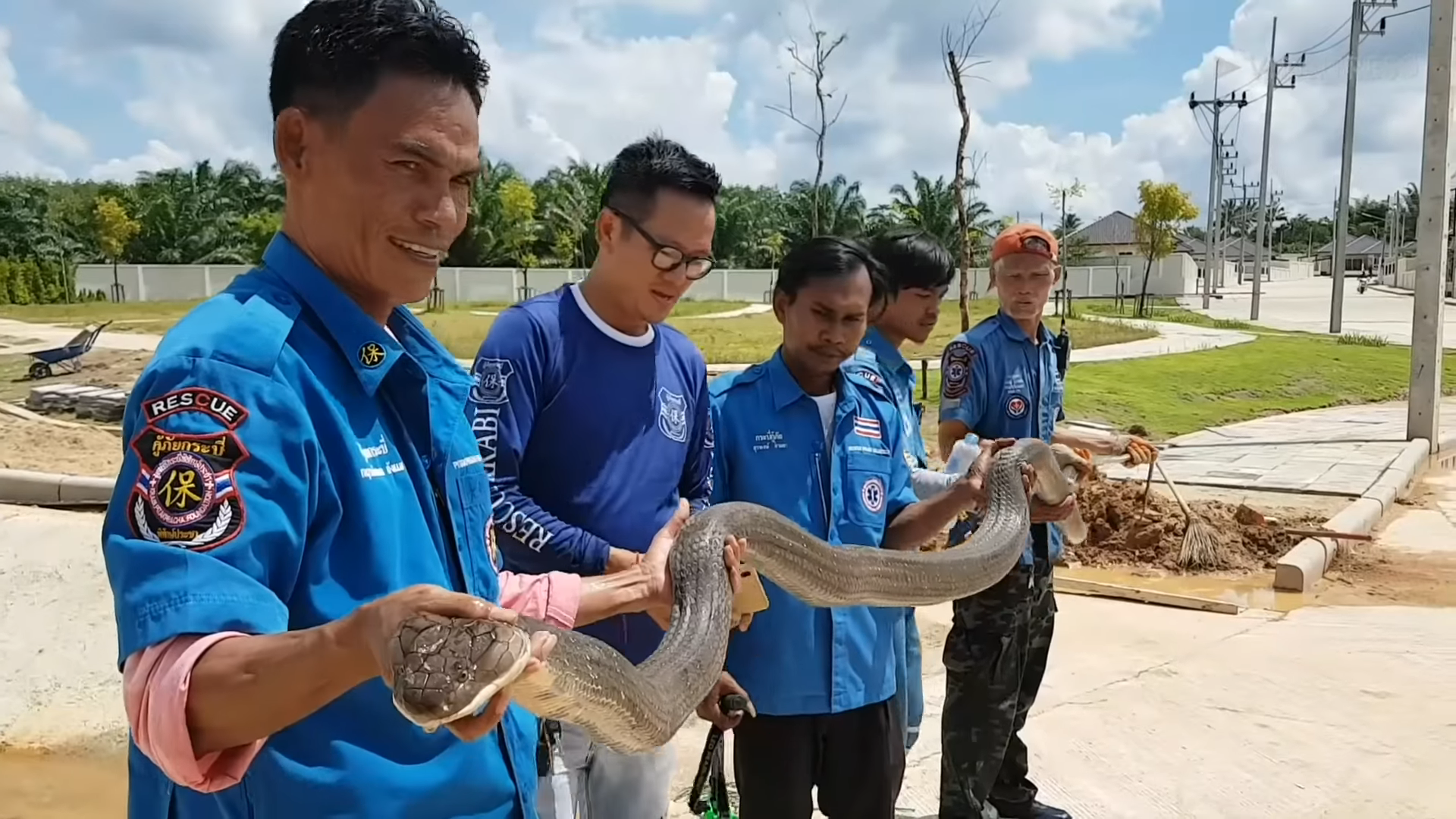 That is a beautiful King cobra. That man has titanium balls!!!