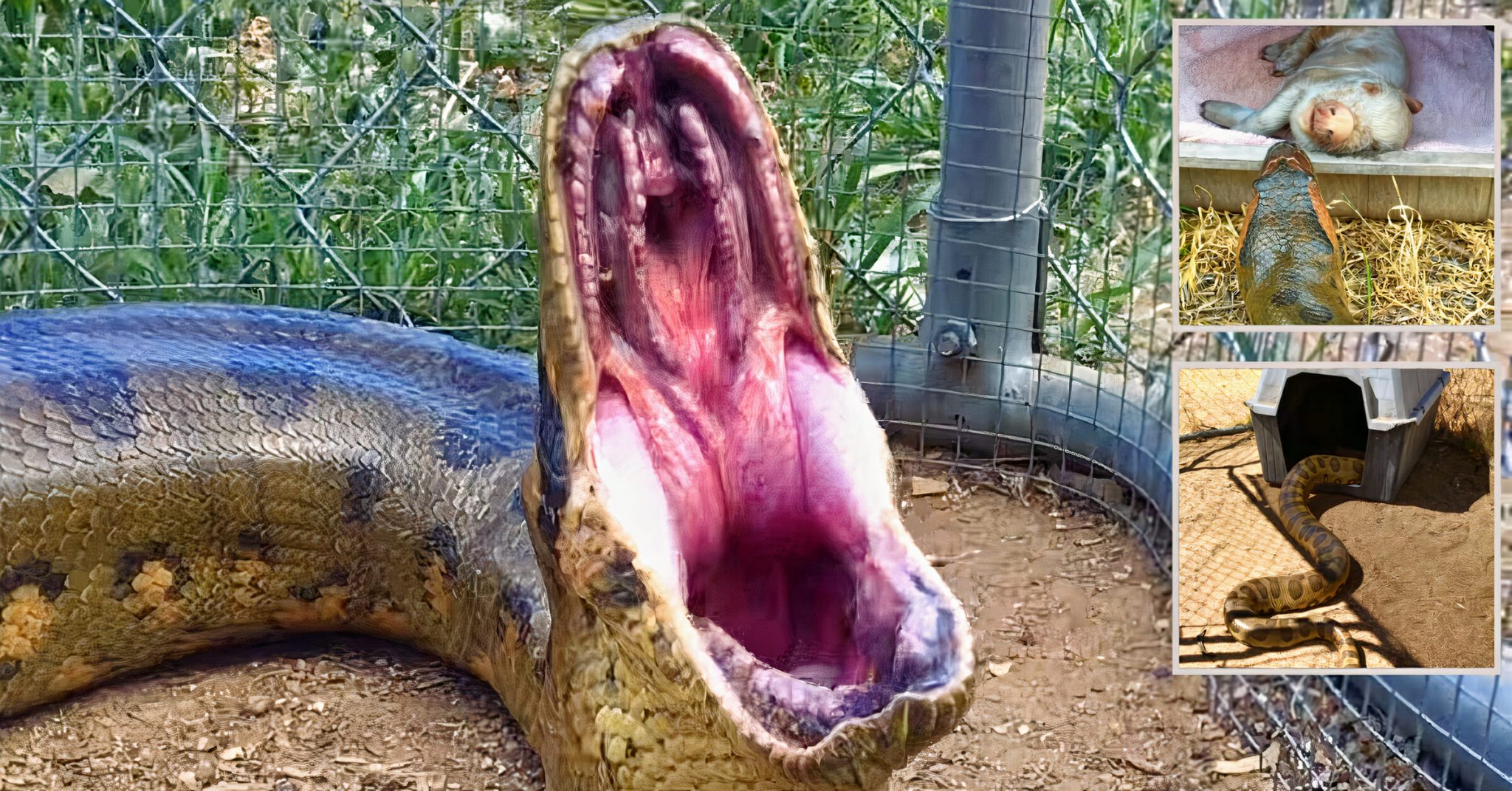 The green anaconda is the largest snake in the world, when both weight and length are considered. It can reach a length of 30 feet (9 meters) and weigh up to 550 pounds (227 kilograms). To picture how big that is, if about five ten-year-olds lie down head to foot, they’d be about the length of this huge snake. 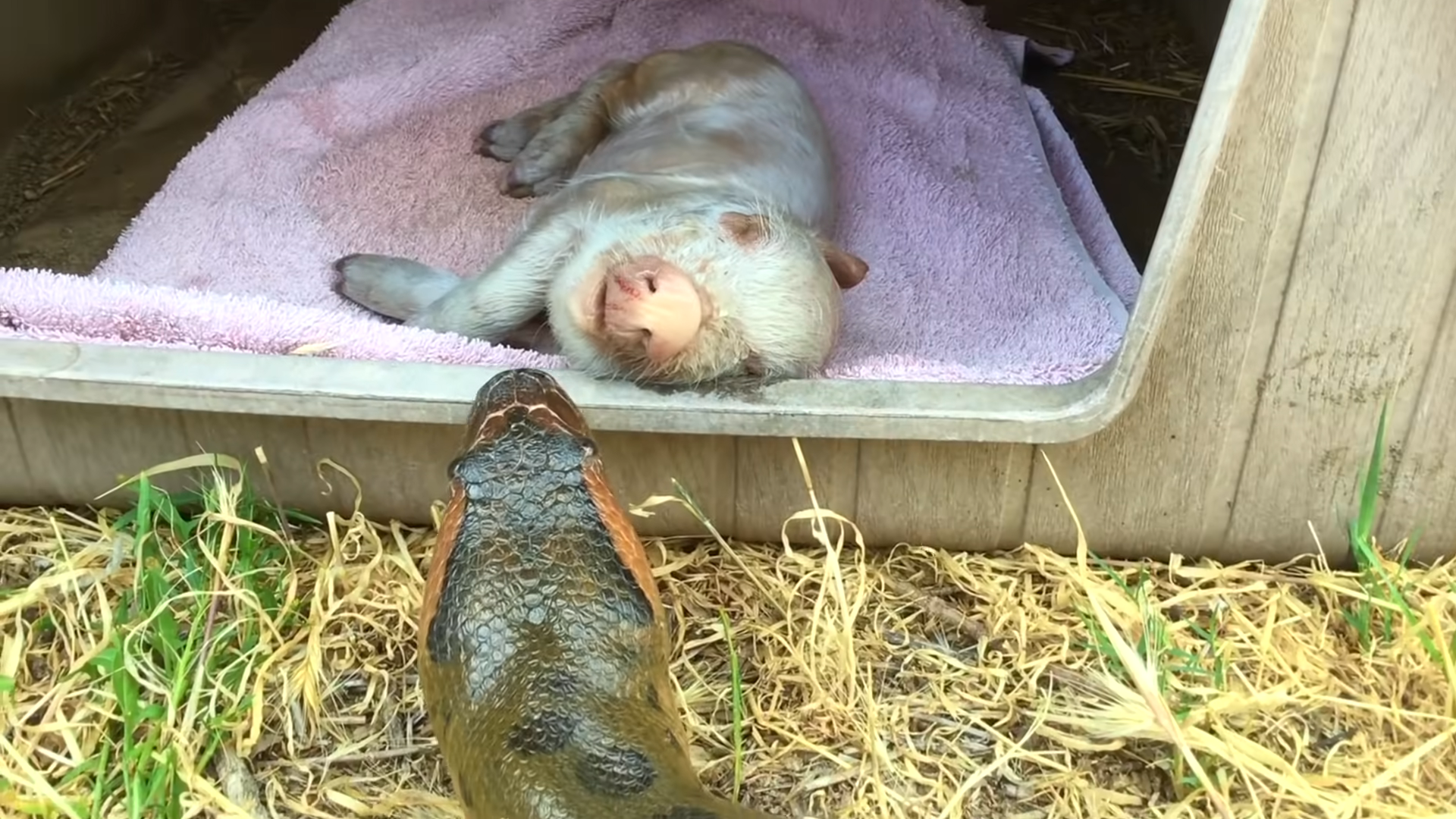 The green anaconda is a member of a family of snakes called constrictors. Constrictors are not venomous snakes. They don’t k.i.l.l prey by delivering venom through a b.i.te. Instead, constrictors wr.a.p their bodies around their prey and squeeze until it stops breathing. 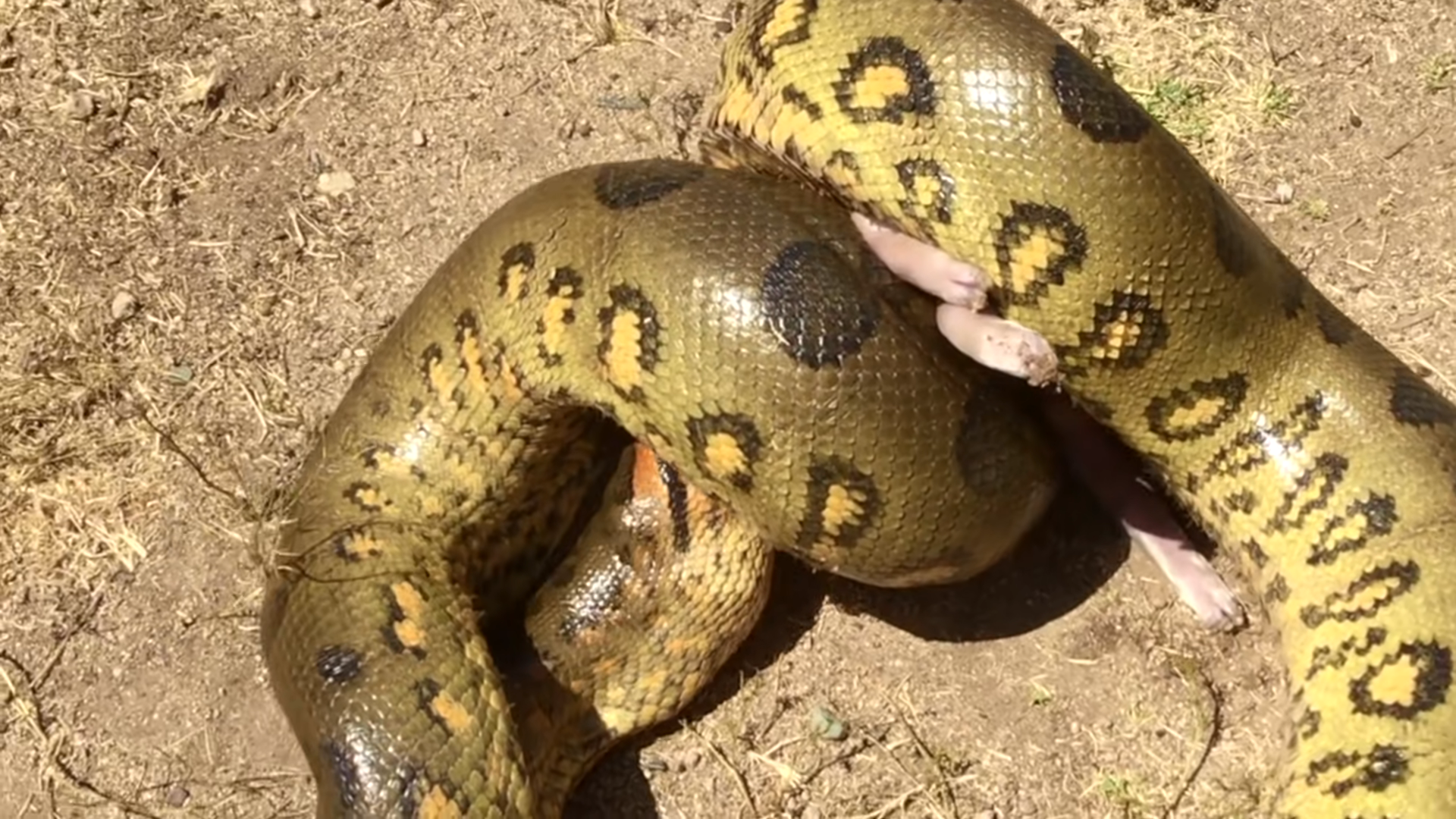 he giant snake opens its mouth wide enough to sw.al.low its victim—sometimes fish or caiman (relatives of crocodiles) and even jaguars and small deer.

Anaconda jaws are held together with stretchy ligaments so they can open wide enough to swallow prey whole.

And it’d take about 11 kids to weigh as much as one anaconda.