Giant trevally Vs Bird In The Middle Of The Sea 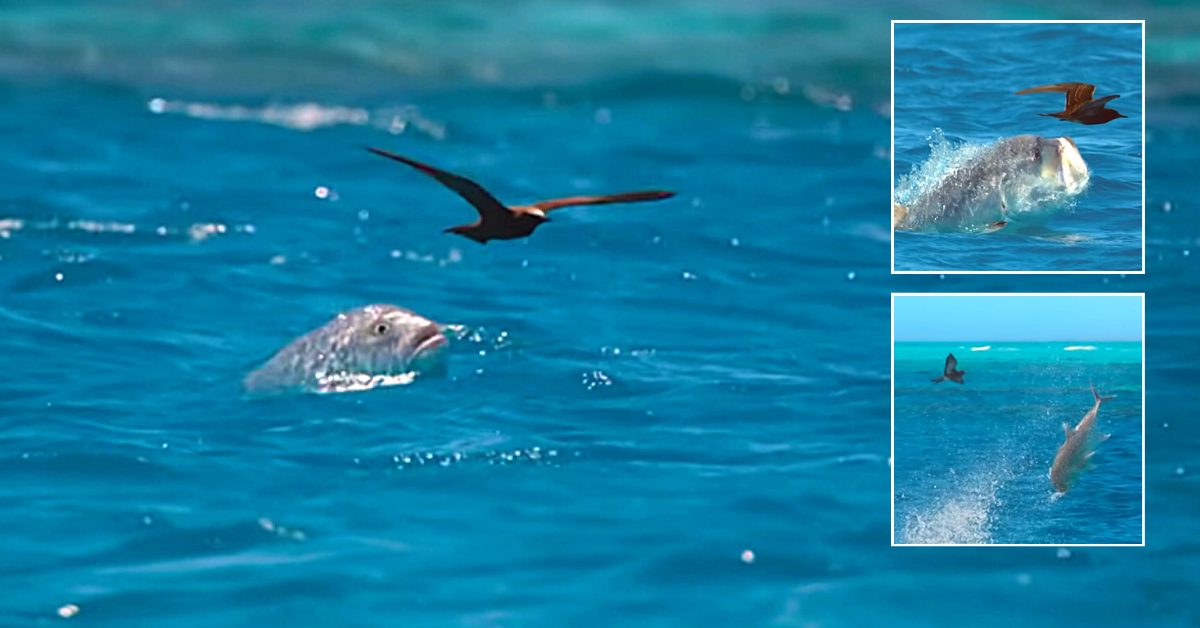 The giant trevally lives up to its namesake, growing to be between five-and-a-half to six feet in length and weigh about 132 pounds in adulthood, though the heaviest recorded fish weighed a whopping 176 pounds! Their bodies are streamlined, they have fins along their dorsal and ventral ridges, and their tails are forked. 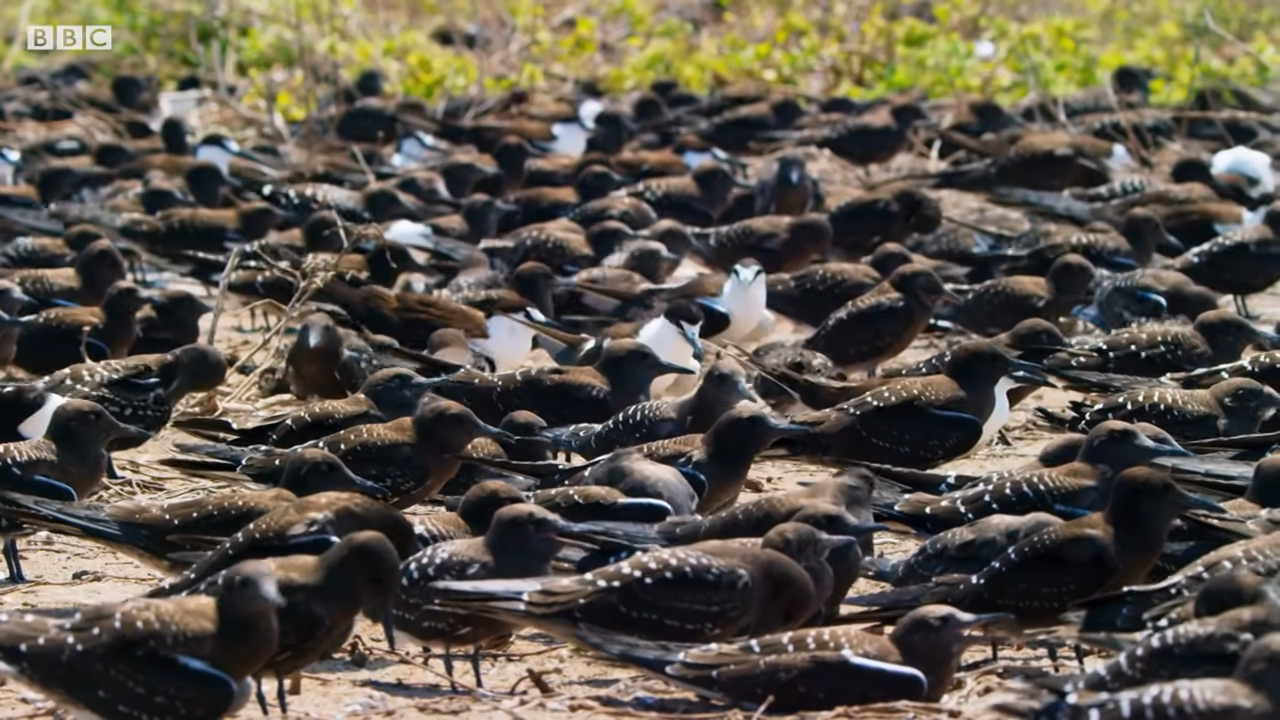 They have rounded heads and prominent lips that create a distinct profile. They have silvery coloration all over their bodies with occasional spots of darker colors. Mature males are almost always darker than females, some even a shiny black. 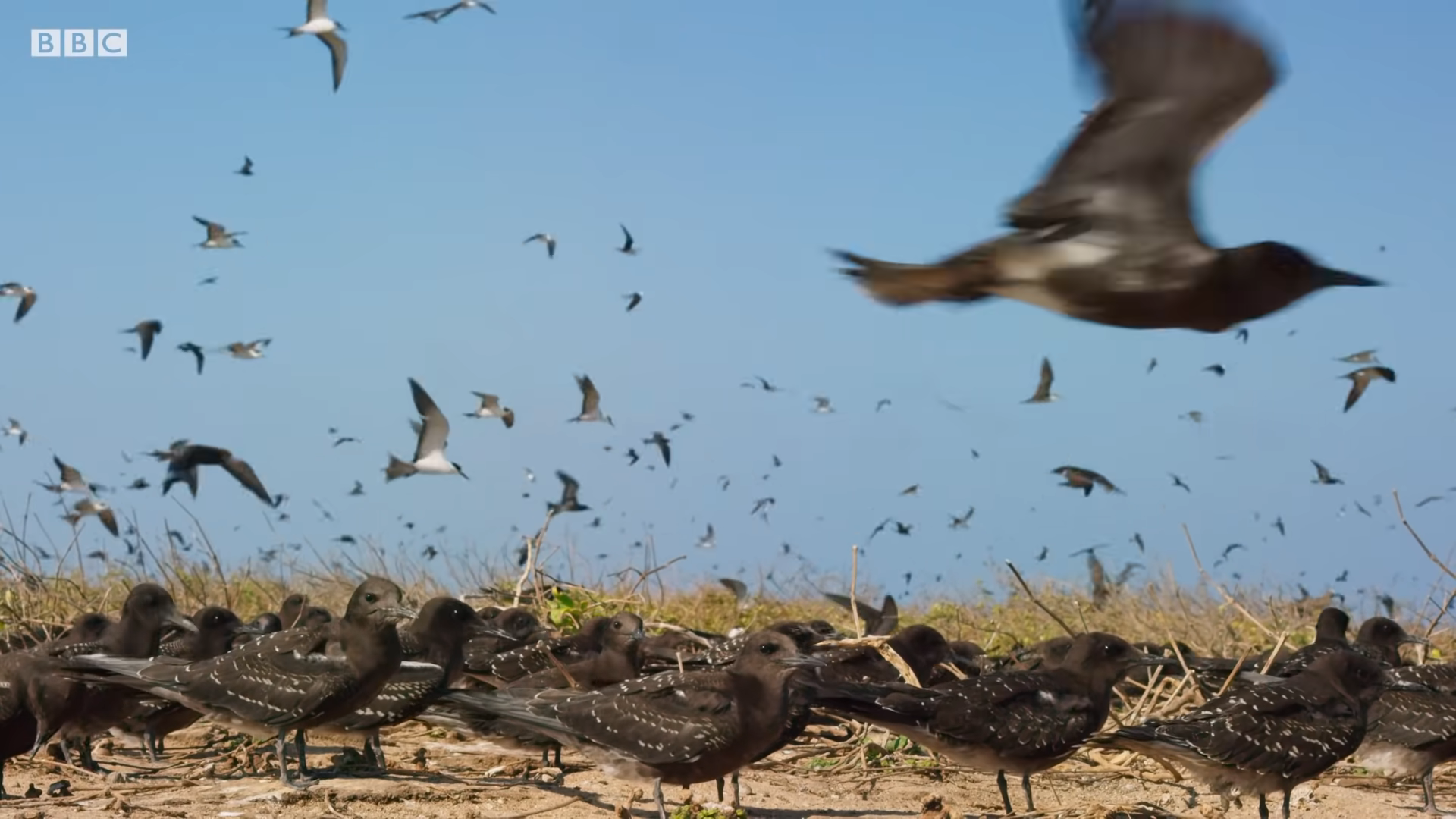 All giant trevallies have a distinct black spot located at the base of the pectoral fins on their sides, a feature that distinguishes them from other species of trevally. Their forked tails are slender at the base and reinforced by a scute, which is a dense plate made of dense alpha keratin. 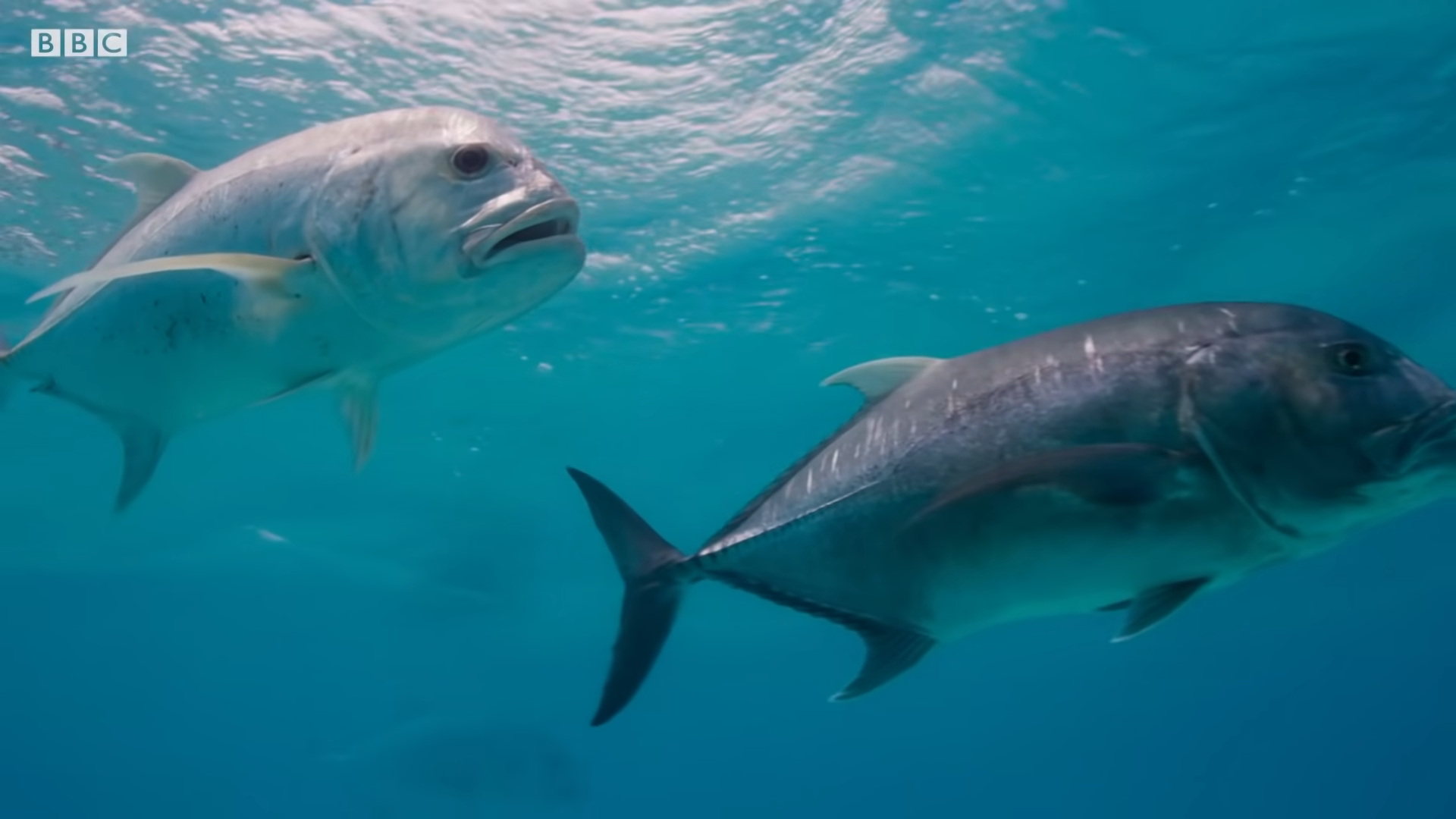 This was just exceptional footage. The crazy teenager, the helicopter parent, and the predator. The drama, the suspense, the close call and the happy ending. It was better than any script. But I liked the scientific angle, and the prey-predator evolutionary pressure on the fish to take to the air. 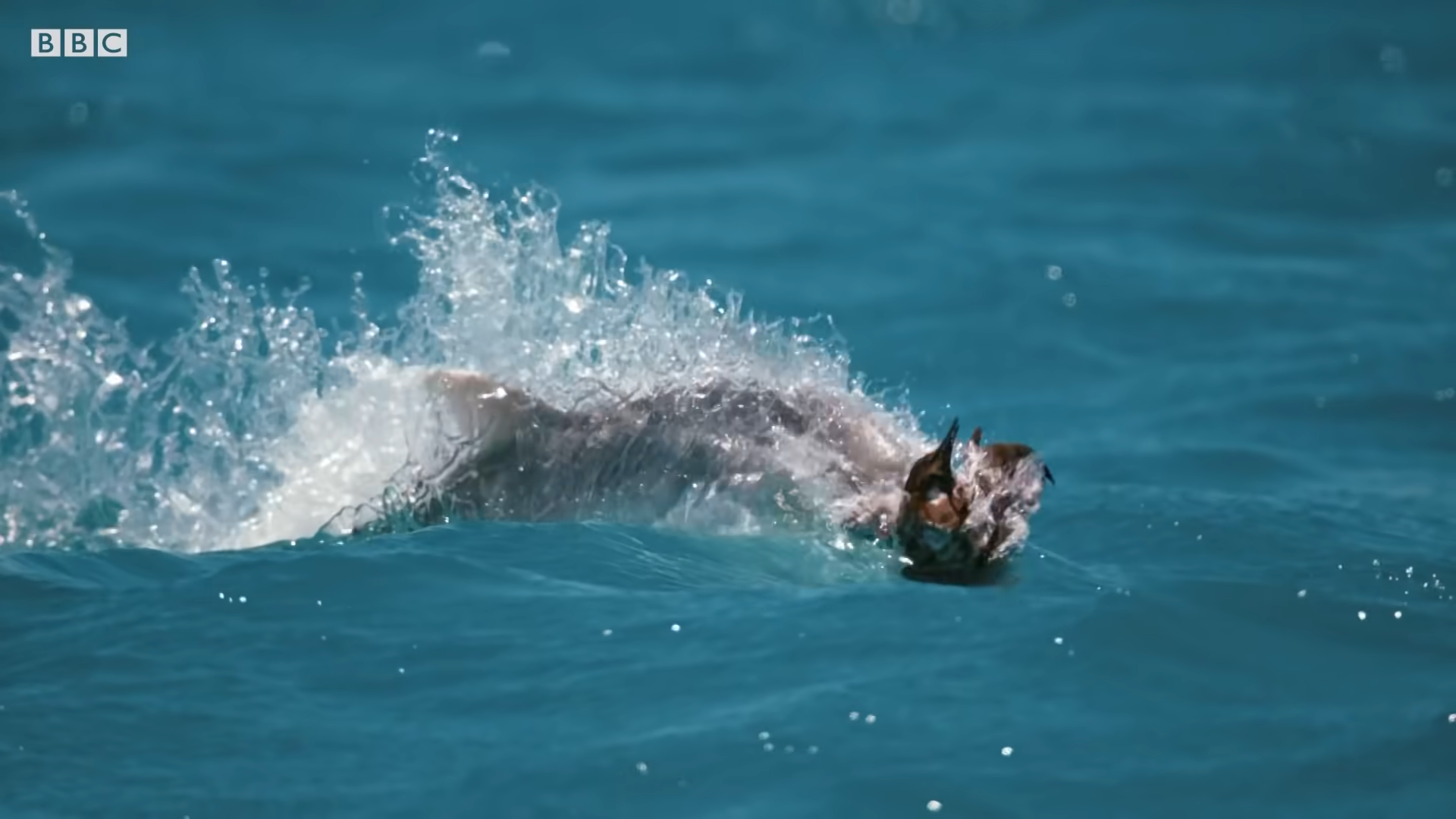