A Golden Retriever, a Hamster, and eight birds live in peace and harmony (23 Pics) 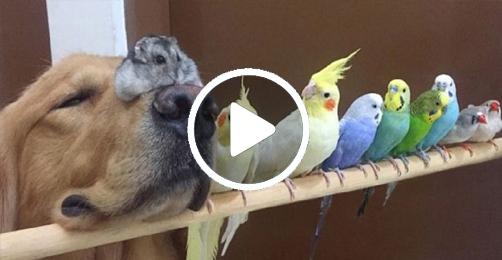 If nothing else (and there are many), we can credit the internet for making finding interspecies BFFs in the domesticated animal realm a lot simpler. It may be an owl and a pussycat, an owl and a dog, or a dog, eight birds, and a hamster, as in this example. The dog in question is a golden retriever named Bob who lives in So Paulo, Brazil. 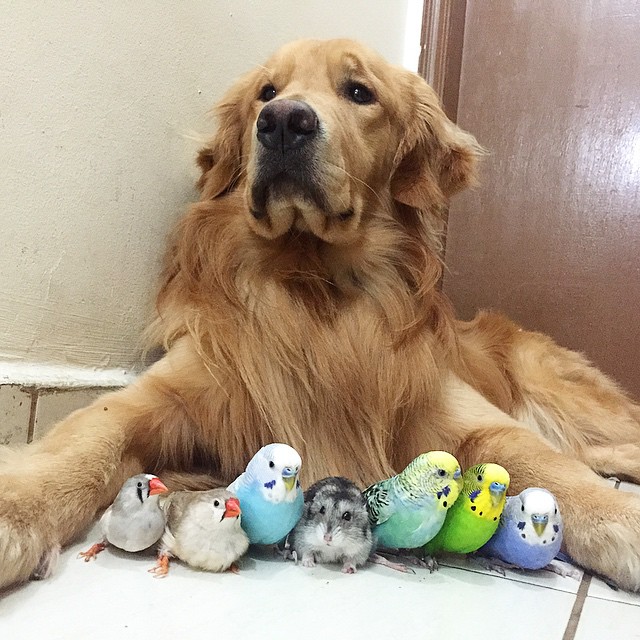 Bob is a lovely, sociable golden retriever that shares his home with his owner, eight birds, and a hamster, all of whom are great friends. To his nine small companions, Bob has taken on the role of a protecting gentle giant. Bob goes for walks with his buddies, plays with them, and even sleeps with them. Bob’s owner has have done such a magnificent job raising them together, check out their adorable pictures below. 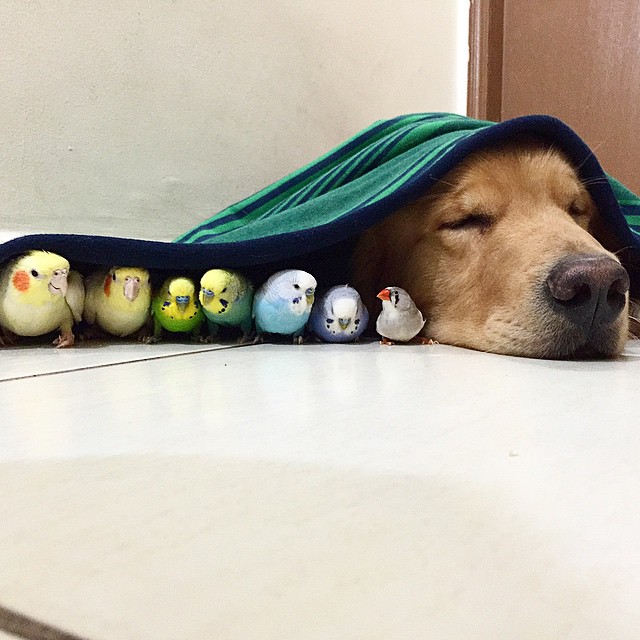 Due to their lovely photographs, he and his friends have received a lot of attention. They all live in peace and happiness, traveling the world and generally being adorable. Golden retrievers are regarded for being sweet, loving dogs who get along with just about everyone. More information is available at: (h/t: rocketnews) | Facebook (facebook.com/bobgoldenretriever) 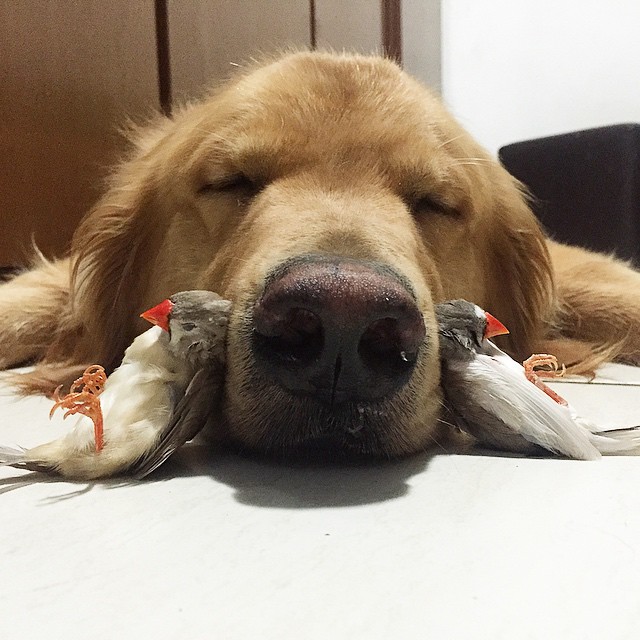 Golden retrievers are beautiful canines who offer companionship, loyalty, and love to their owners. The golden retriever is sometimes referred to be the “dumb blonde” of the canine world, but those who know them know better.