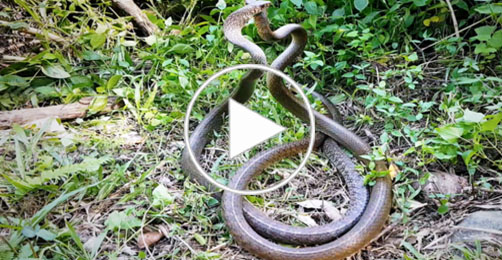 This photo shows two rat snakes fighting at a beach in southwest Sri Lanka.
While the reptiles’ frenzied writhing may appear to be mating, they are actually fighting, as seen by their constant raising of their heads over each other. 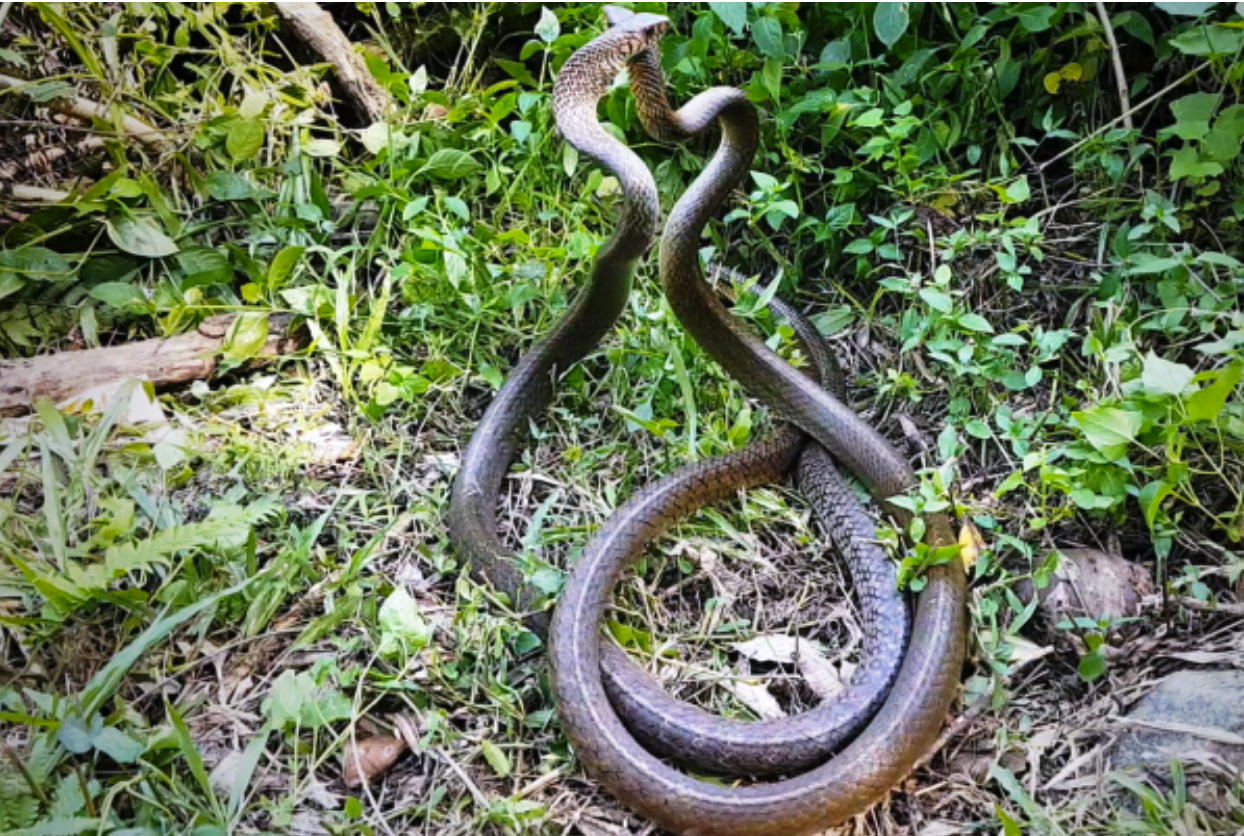 According to National Geographic, this method of winding their bodies around one another in a braid pattern while attempting to demonstrate superiority by pinning their opponent to the ground is known as “plaiting fighting.” 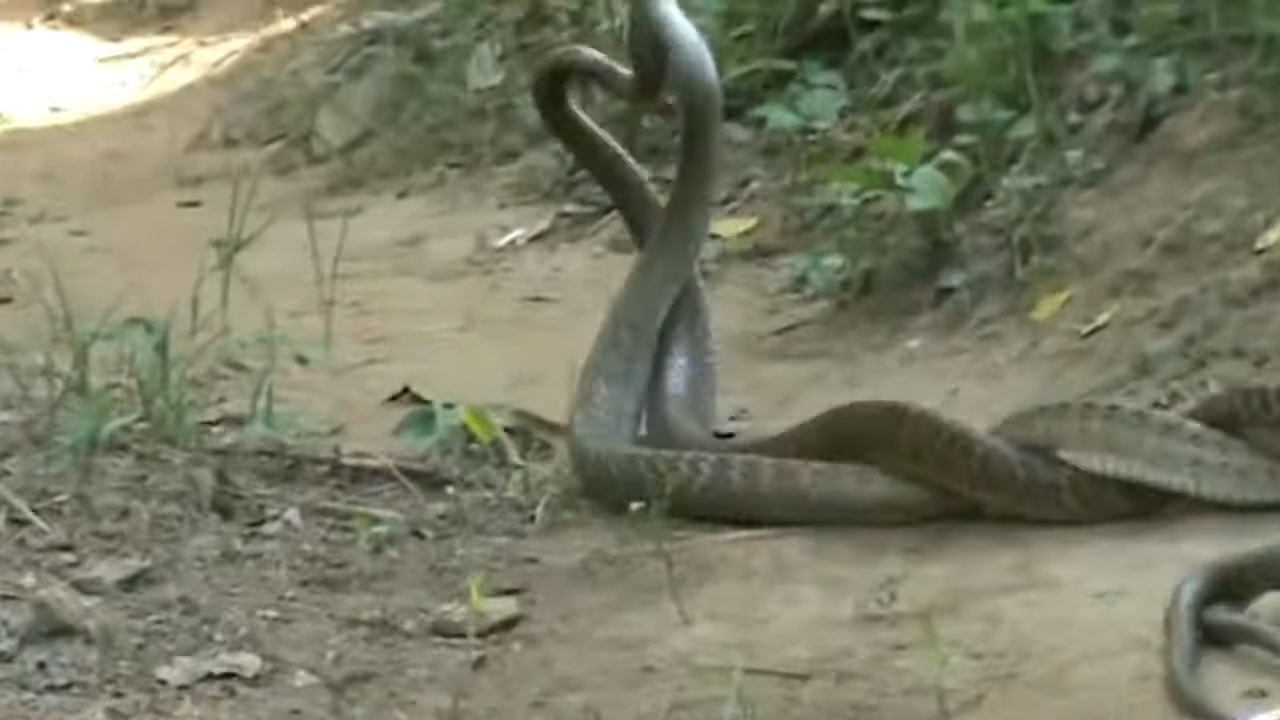 Rat snakes are known for eating tiny rodents such as mice and rats, but they also consume birds, frogs, and lizards. The native species Ptyas mucosa is also known as dhamans in Sri Lanka, and it may grow up to 10 feet long.

They resemble king and Indian cobras, which prey on rat snakes on a regular basis. When , they imitate their predators by puffing out their necks and producing a growling sound. Rat snakes, on the other hand, are sometimes mistaken for the more poisonous cobra and … by people, Thank you for like and share.