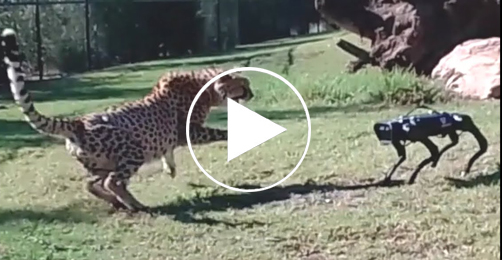 Cheetah trying to explain to the robot: “Mate, we should team up and take out that annoying screaming kid. You operate the gates, we’ll do the rest.” 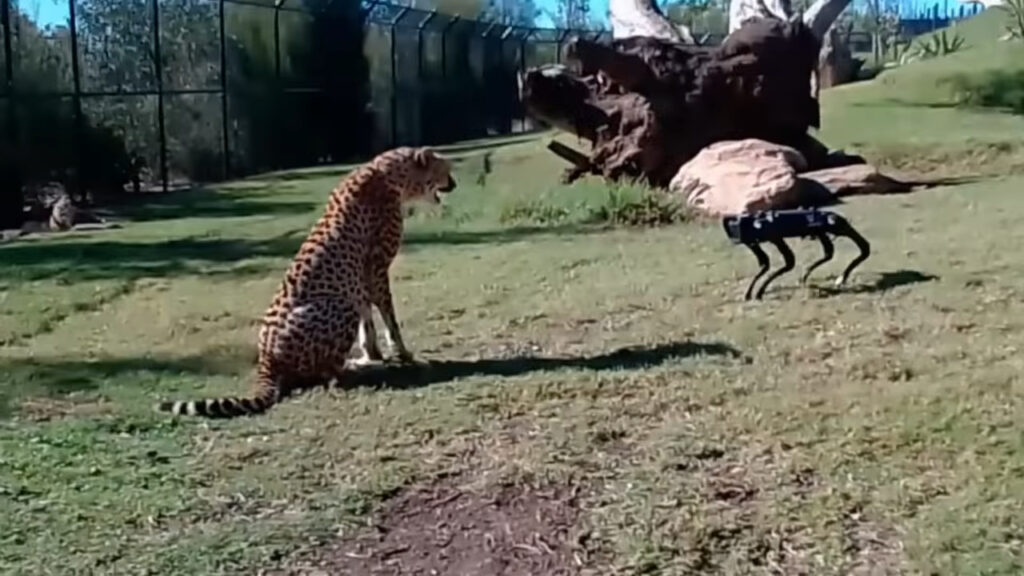 Anyone else unnerved by Robodog’s skittering footsteps? That probably freaks the cheetahs out, considering nothing that size should skitter. 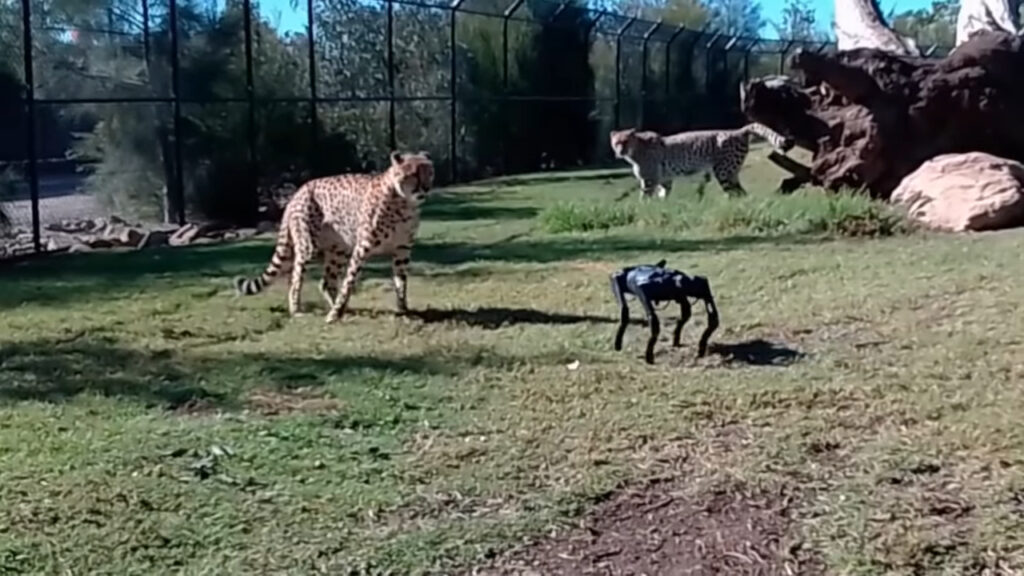 I believe the Cheetahs behaved like that because the robot gave no sign of fear whatsoever. Those animals are fine tuned into smelling and seeing reactions in their prey. 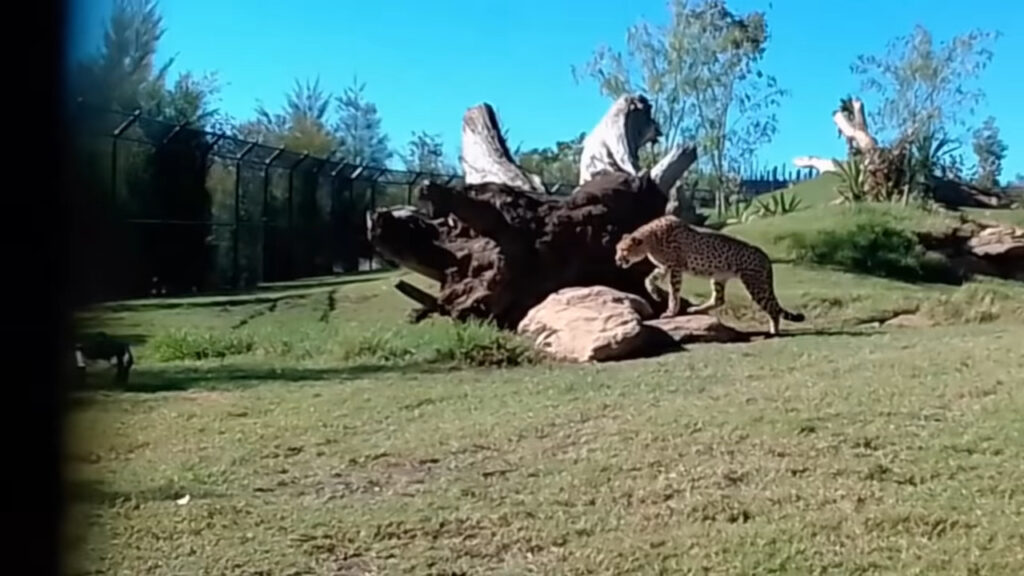 They could even be able to smell hormonal changes. So if they see no fear response then that signals that the robot is stronger or more than them, which in turn makes them fear it. 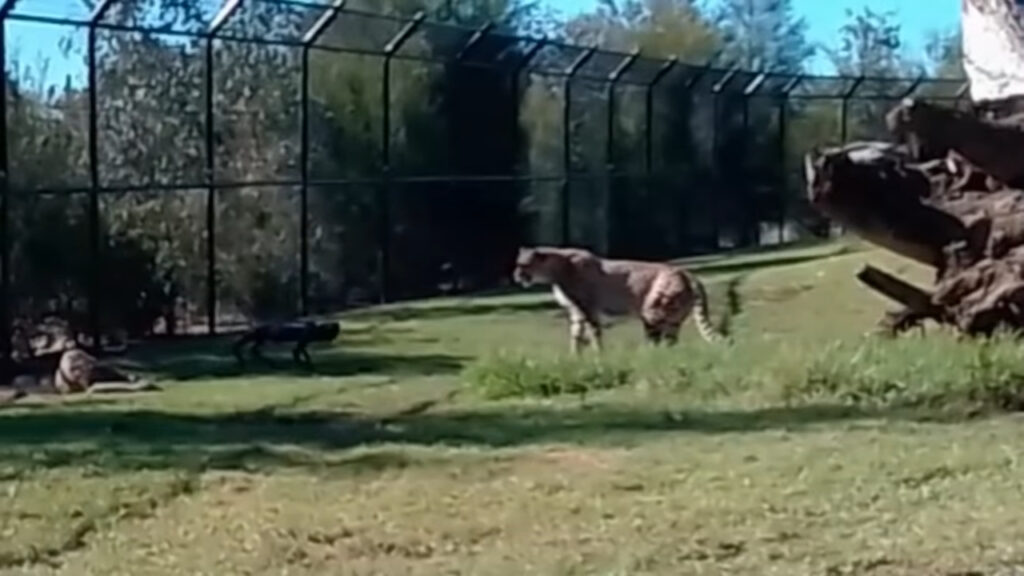 That’s quite fascinating to observe. Makes me think the whole predator / prey interaction is such a dance. I also loved how at the beginning the 2 cheetahs passed walking as like they were dancing, they were sinched. Metal robot met flesh robots. Very cool!