Indian white-eye bird |baby out of the nest for the first time. 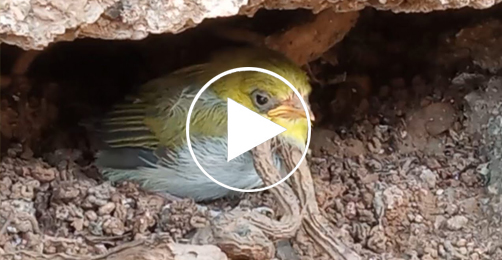 The warbling white-eye (Zosterops japonicus) is a small passerine bird in the white-eye family that is also known as the Japanese white-eye and mountain white-eye. 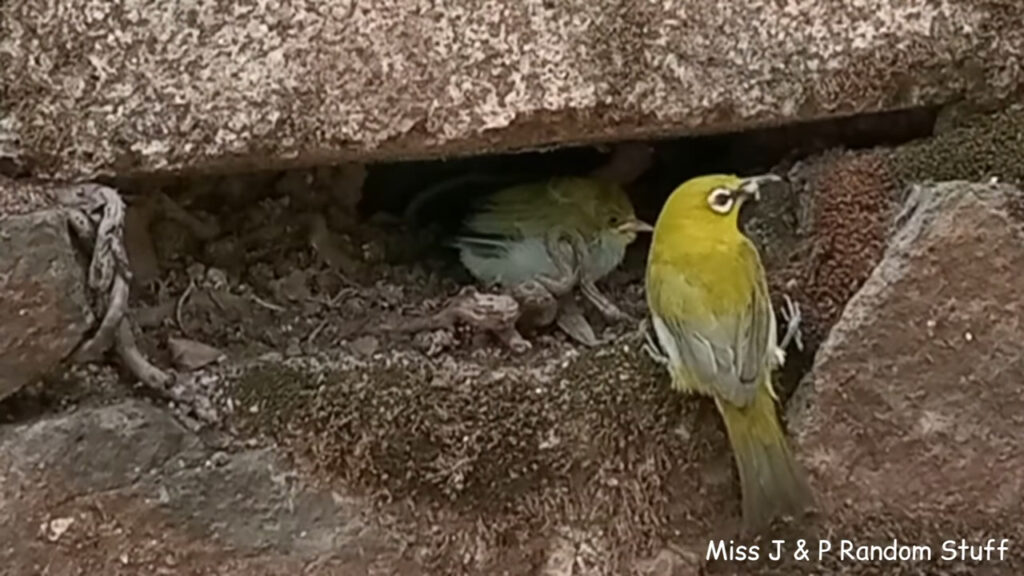 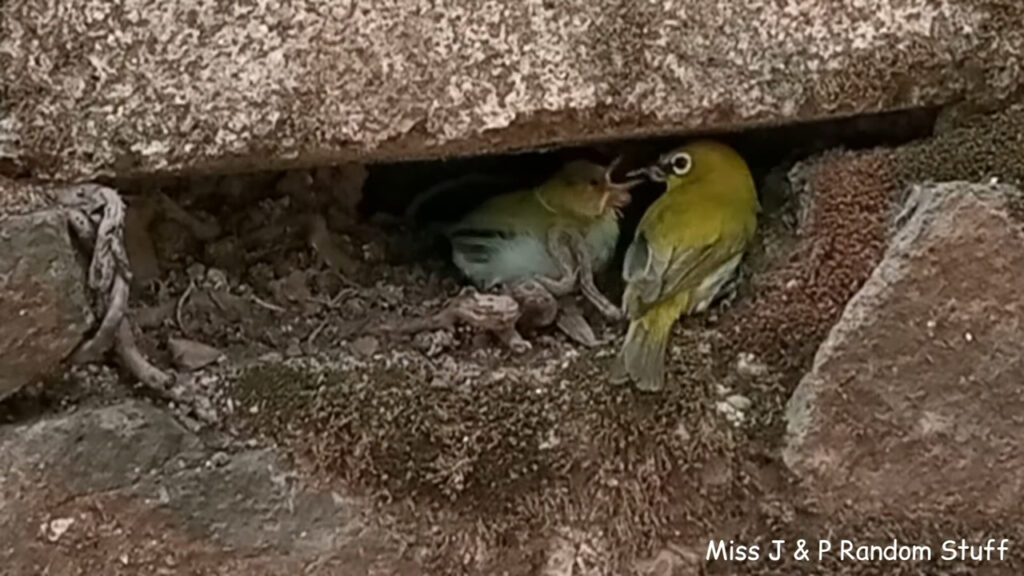 The specific name is sometimes misspelled as japonica, however this is wrong according to the genus’ gender. Much of east Asia, including the Russian Far East, Japan, Indonesia, Korea, and the Philippines, is part of its original range. 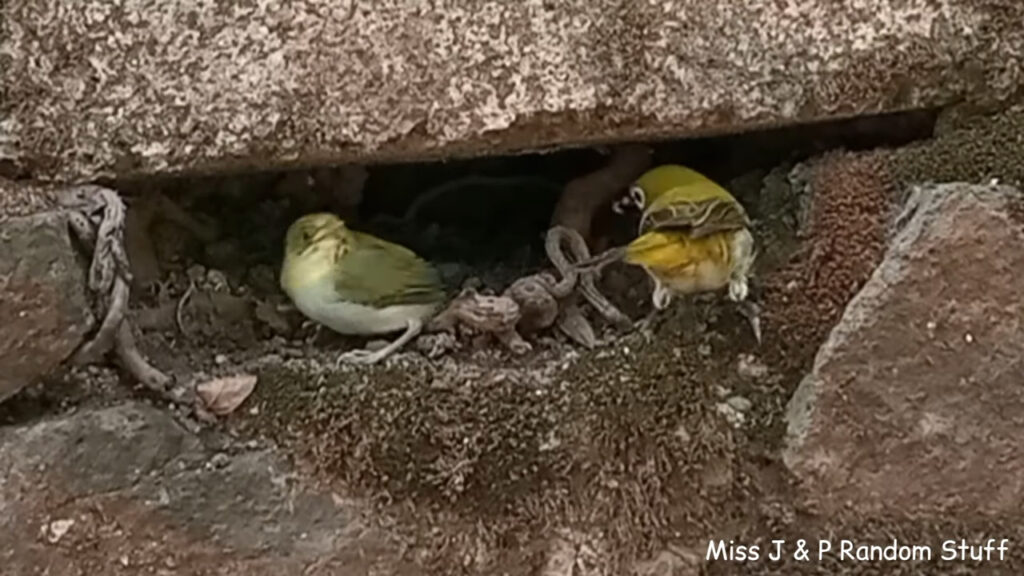 It was purposefully brought to various parts of the world as a pet and pest control, with mixed results. It has been shown in Japanese art on multiple occasions as a native species of the Japanese islands, and it was once maintained as a cage bird.