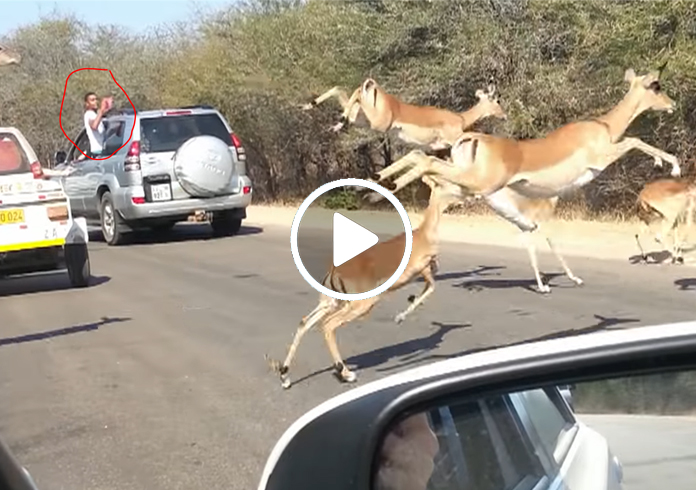 People will say things like “the human protected the Impala form from being eaten” or “the cheetahs are going to starve now” But, to be fair, the Impala was the one that got into the car first, The Imapala saved itself, rather than the humans in the car. 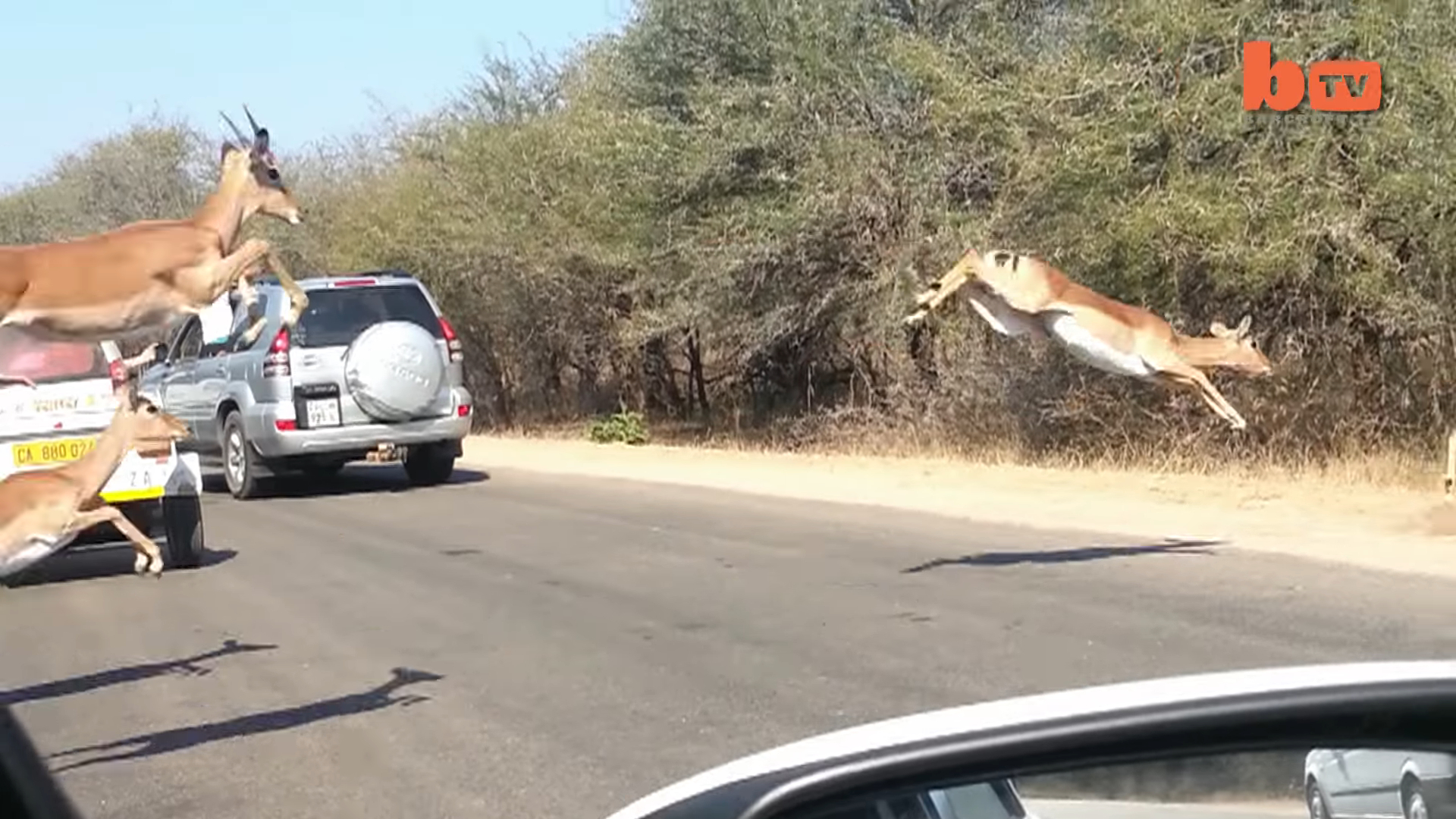 Because the cheetah is a predator, they don’t feel bad, They have no idea that instead of chewing on grass, they have to work very hard to catch a food in order to survive; their task is cut out for them every time. 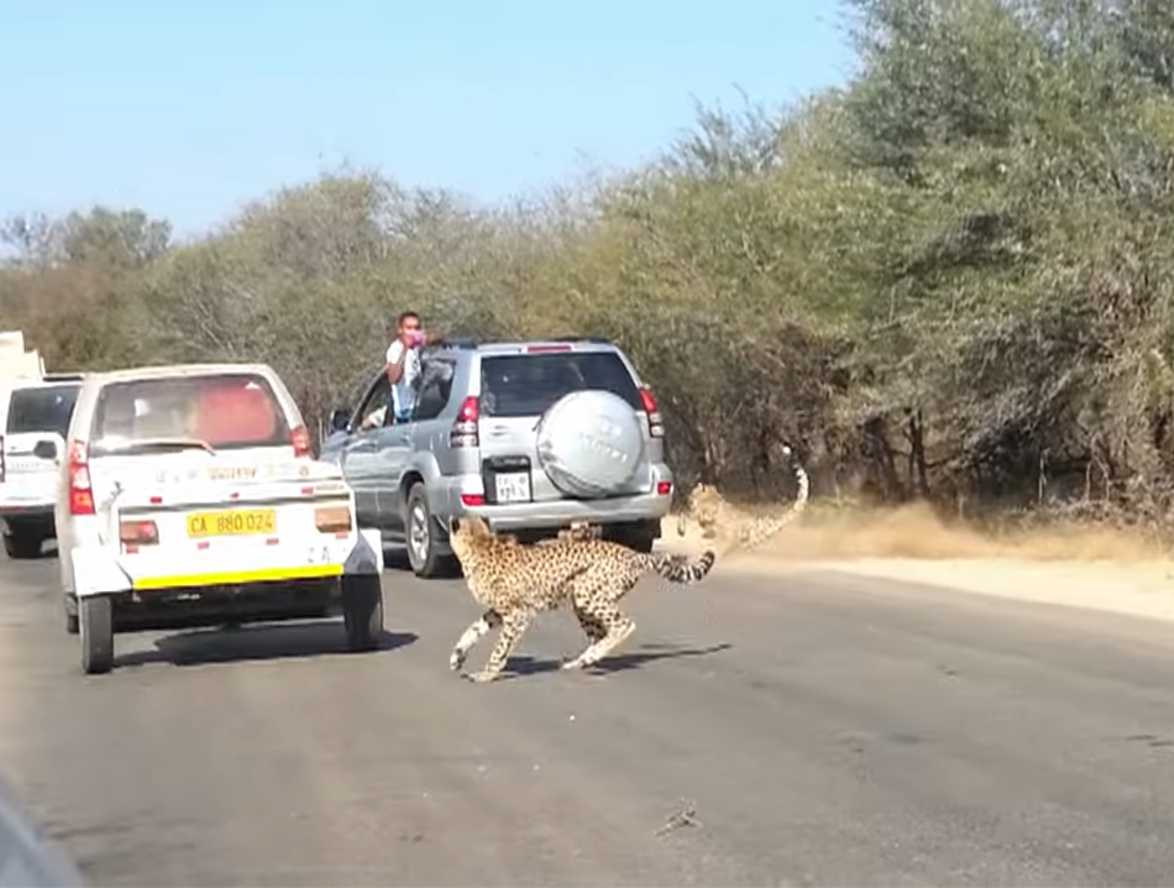 What shocks me is how high the impala can jump; their strides are incredible, Kudos to the impala for their innovative survival strategies.

This would have been a totally different story if the cheetah had decided to follow the impala inside the car, This cheetah would have put humans on the alternative menu, Thank you for like and share.