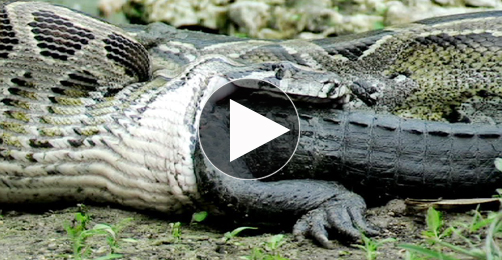 Burmese pythons have an established permanent breeding population in South Florida and belong to the “new” apex predators of the Everglades today. Top predators like American alligators prey regularly on all kinds of reptiles, including pythons. An adult alligator will have little trouble overpowering, killing, and eating any juvenile, and in some cases, even an adult constrictor.

A fully grown Burmese Python can reach over twenty feet in length and becomes an extremely dangerous prey item for most crocodilians. These large constrictors have little to fear and will feed on most animals they come across (including alligators) when hungry. Pythons are non-venomous snakes and kill by constricting their prey, wrapping its body around in a thigh coil until the animal dies of suffocation within a few minutes. 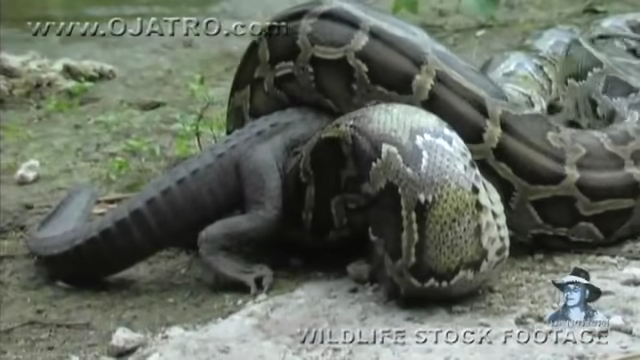 The prey will be swallowed mostly head first and whole. This process can take considerable time, during which the snake is vulnerable to attacks from other predators. Confrontations between pythons and alligators have been recorded during recent years, but still, very little is known about the outcome of such “fights”. The fact is that invasive species like the Burmese python are a part of the Everglades today, and it is up to everyone to find out as much as possible and use the newly gained knowledge to keep the python population in check. An alligator attacks a python filmed by Heiko Kiera aka Ojatro near the Everglades in 2013.