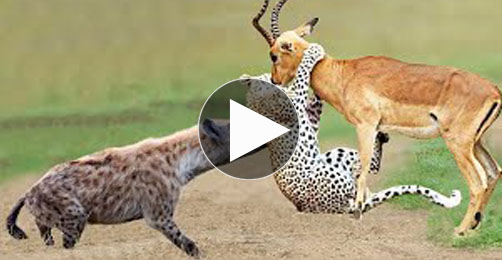 We were about to leave when a lady told us that there was a leopard hiding in the bush and he was spooking the impala herds every now and then. He had, however, been unsuccessful the whole morning. We decided to wait, and at about 14:00, he finally caught an impala. 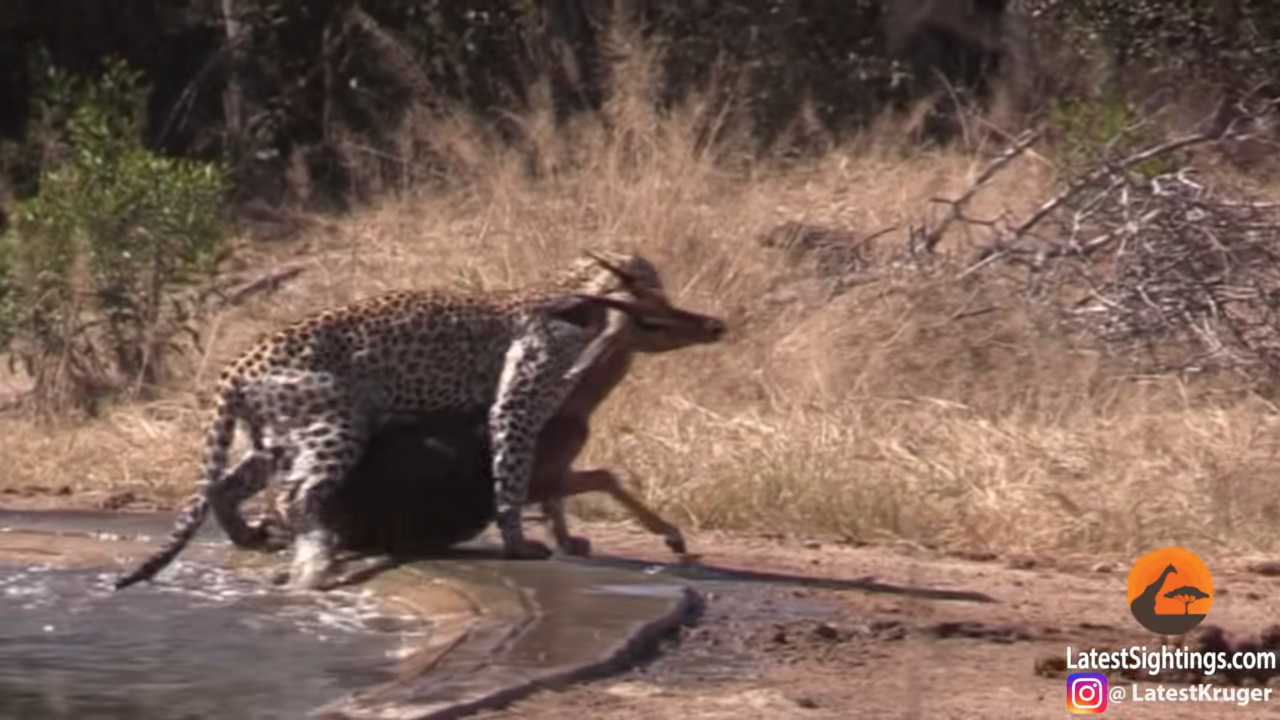 A number of impala were in the shallow water of a cemented dam. The leopard chased and one impala slipped in the water. The leopard grabbed it by the neck and dragged it towards a tree, but along came a hyena, and when it saw the leopard with the impala, it chased the leopard away. The impala was not dead and it got away in the confusion. 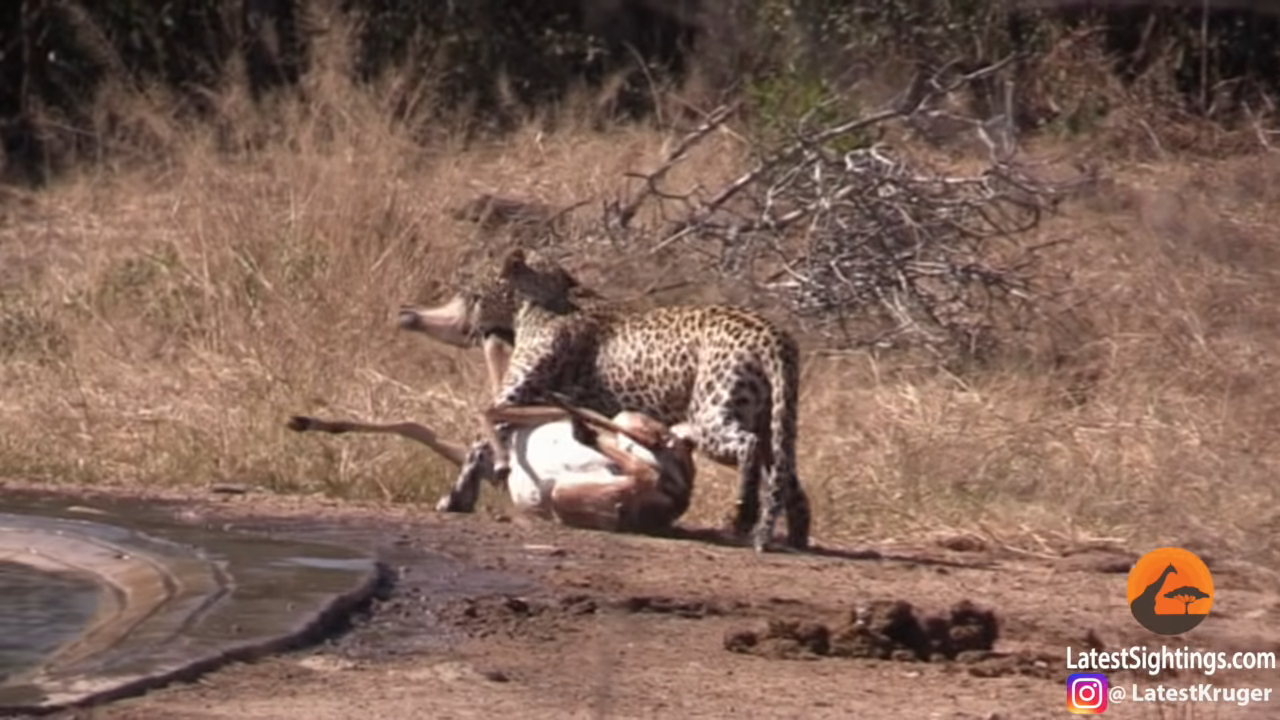 The hyena rescued the impala by accident! We were extremely excited and knew that we had witnessed something special. This was a first for us. I’ve witnessed a cheetah kill before but never a leopard kill. It is worth it to wait and spend time at waterholes. My wife Lynn took some pictures while I was videoing. My Canon video camera has the function to include 3 seconds of material, so that is why I was able to get the whole incident on tape. ”