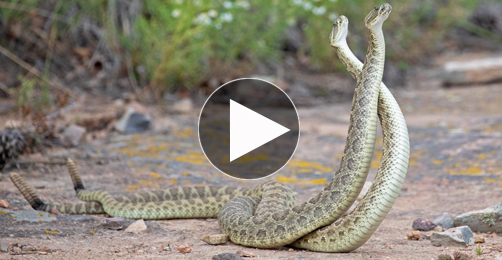 These two rattlesnakes were, to my surprise, engaged in what I initially mistook for true mating. I figured they were both juveniles because of their diminutive size, which was about 3-feet long each. However, upon closer inspection, it was clear that each had a large number of rattles already established on their tails. 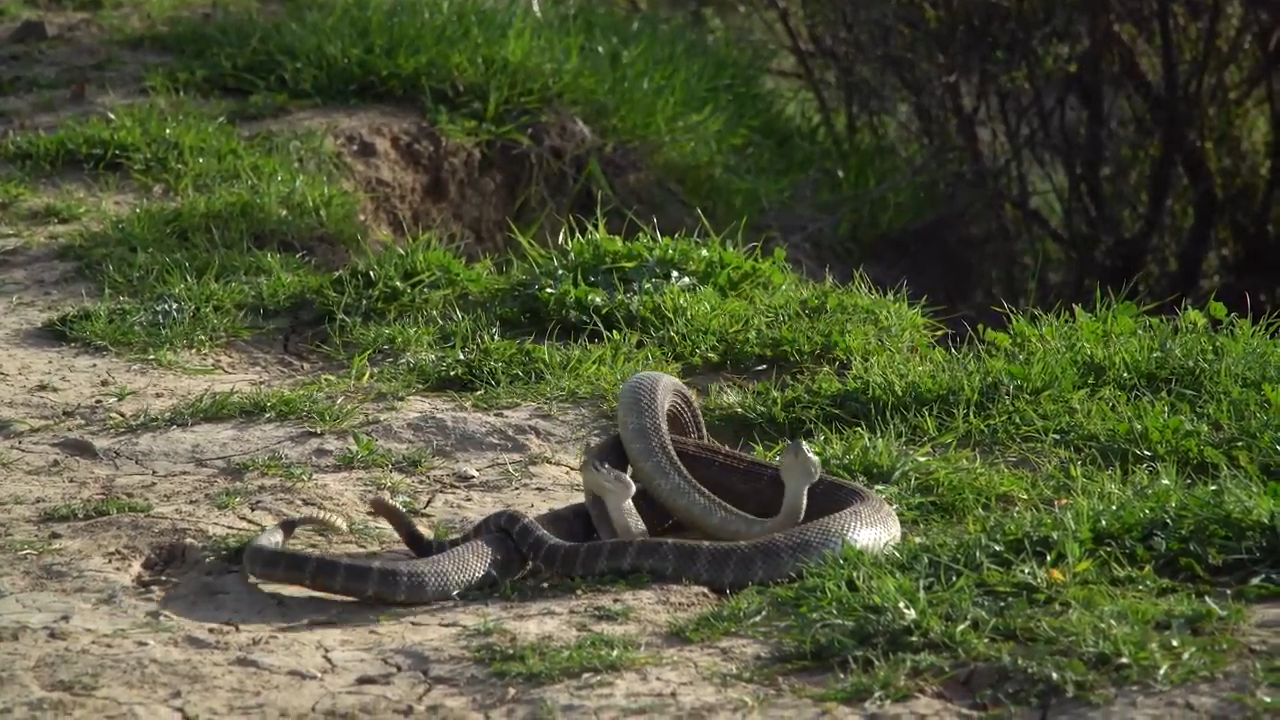 After doing some research online, I discovered that these are actually two male Northern Pacific Western rattlesnakes — not to be confused with the western diamondback rattlesnake — performing a combat dance to prove seniority and dominance prior to mating, rather than a male and female in a courtship ritual. 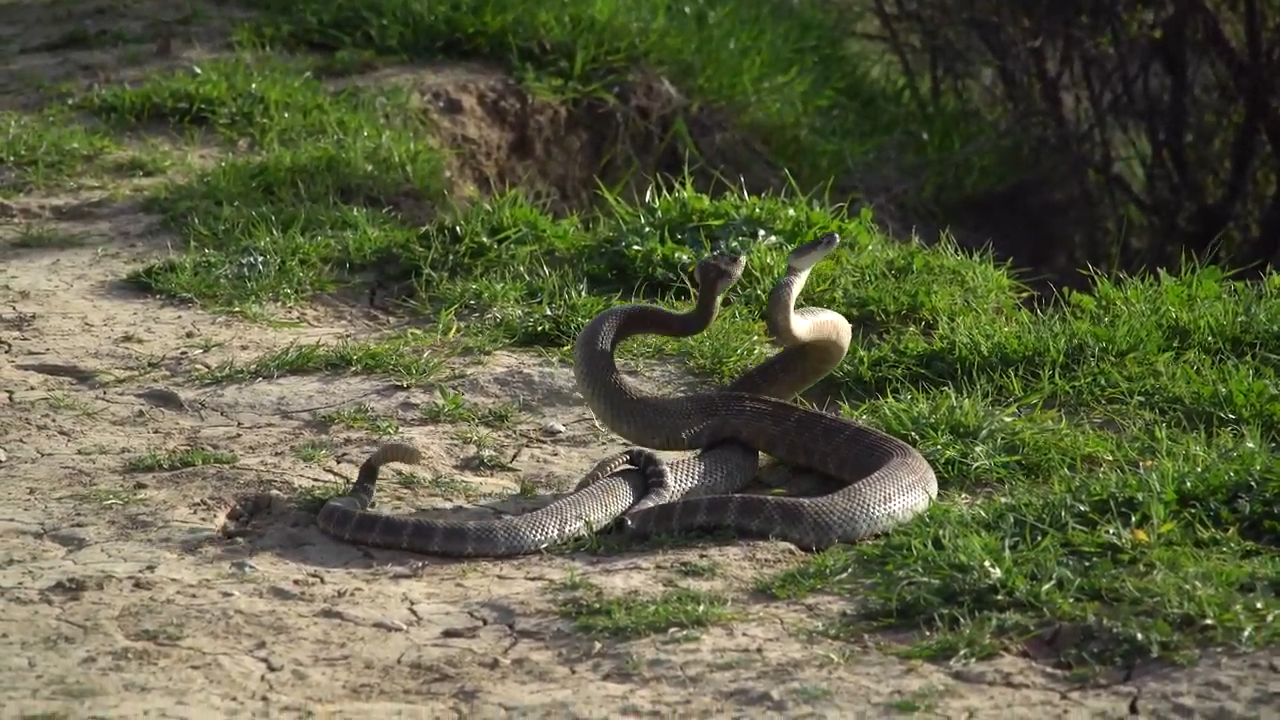 During this ‘dance,’ one male tries to outshine the other by reaching higher and forcing the other down to the ground. Experts believe this is done in front of a female rattlesnake before to breeding courtship, albeit this behavior does not always need the presence of a female. The more dominant snake would eventually triumph, and the loser would simply move on.