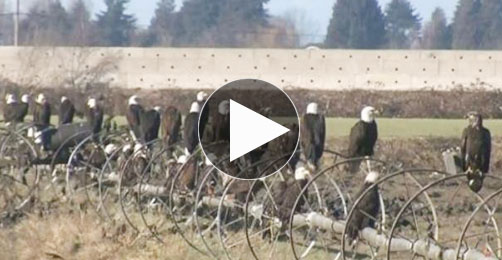 Hundreds of bald eagles have been discovered on a farm in the South Delta, and the birds have no plans to leave anytime soon. “They’ve been here since mid-December, and they’ll probably remain here until the beginning of May,” says Rob Hope, the Orphaned Wildlife Rehabilitation Society’s raptor care manager. 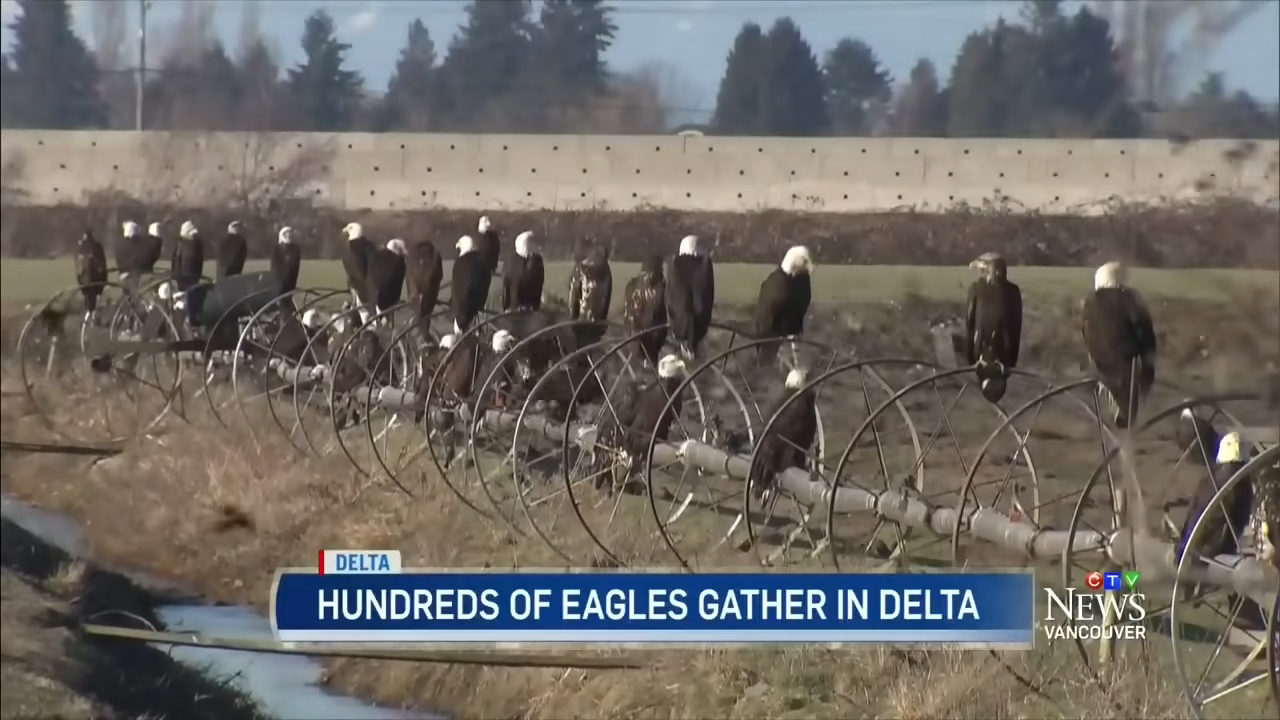 According to Hope, this isn’t the first time the eagles have flocked to the property. “It has happened in prior years, but this year there appears to be more than in previous years.” The eagles have chosen the farm because of a nearby organic transfer facility. The eagles have caught on to the fact that seagulls are accumulating the scraps. Hope explained that the eagles are either snatching the meat from the seagulls or k.illing and eating the seagulls. Another reason for the increasing eagle population is the rising river levels in salmon breeding streams in October and November. 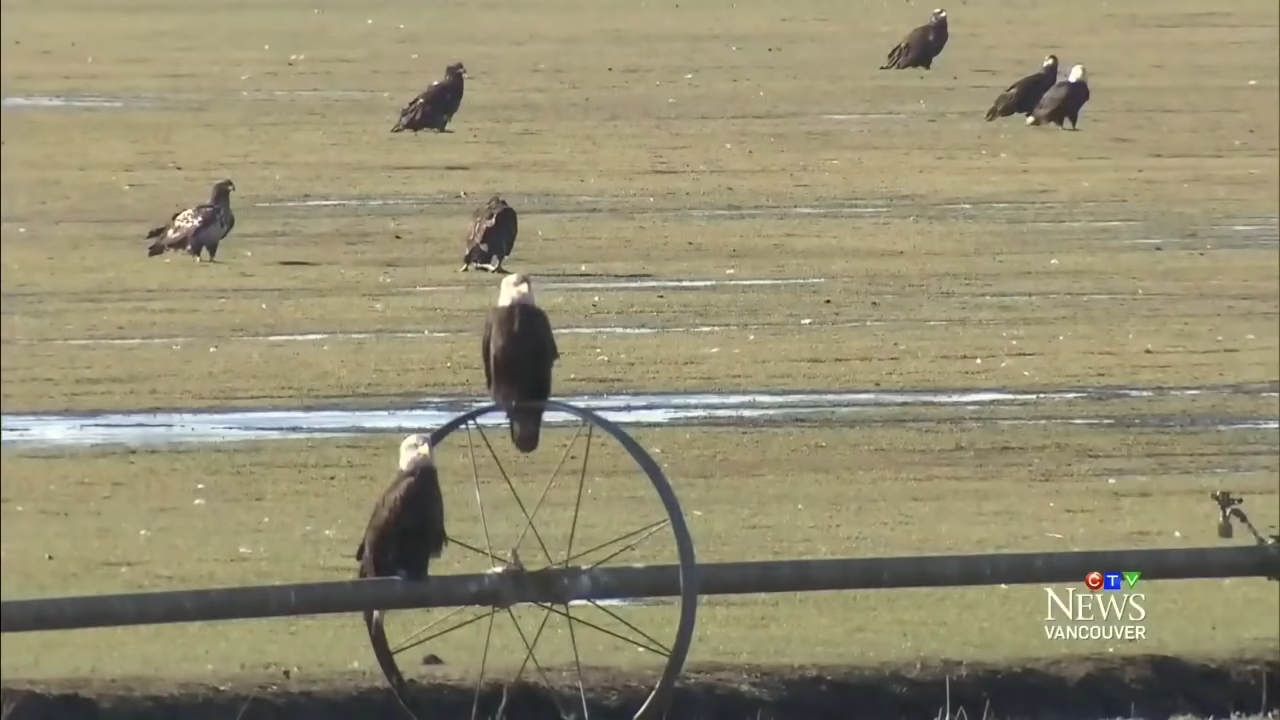 “A lot of the fish weren’t on the banks where the eagles could easily get to them.” “As a result, all of the fish were blasted out without simple access,” Hope explained. “This is a high-stress period between now and the salmon’s return to breed.” So this is an area where they’ve discovered a way to survive for the time being.”

Many birdwatchers have been drawn to the area because of the hundreds of eagles, but Hope cautions that visitors should keep off the road and respect private property. Zooming in close on your camera or using binoculars is usually the best method to see the birds.