Hippo being eaten alive by Hyena 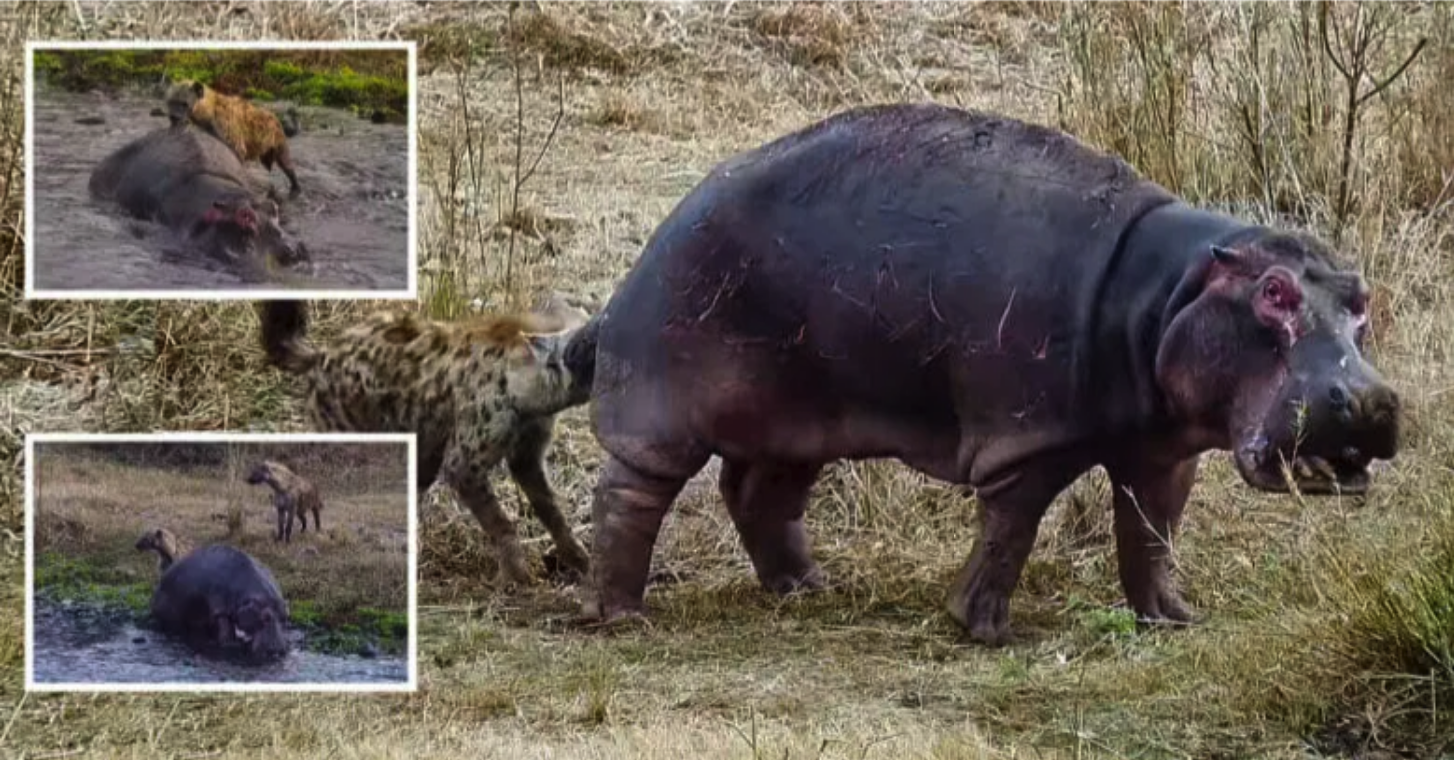 A highly misunderstood animal, the Spotted hyena has the reputation of being cowardly and sly, but it is actually a fascinating and intelligent creature with a very interesting social system. It looks like a dog but is a closer relation to cats, civets, and genets. It is also called the laughing hyena. 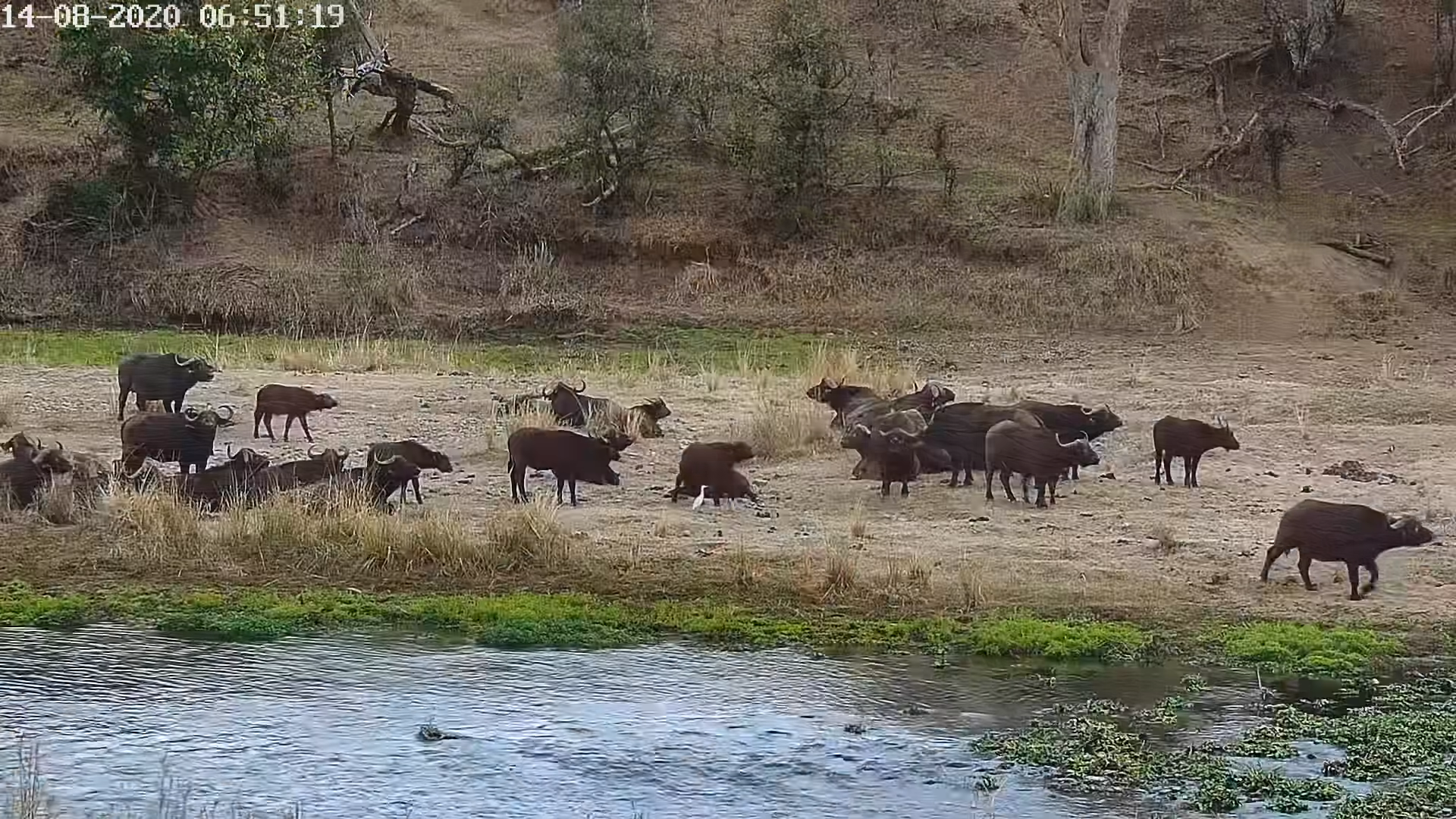 It is a strong and capable hunter and the largest member of the hyena family. Females and males look exactly the same except that females are a little larger. 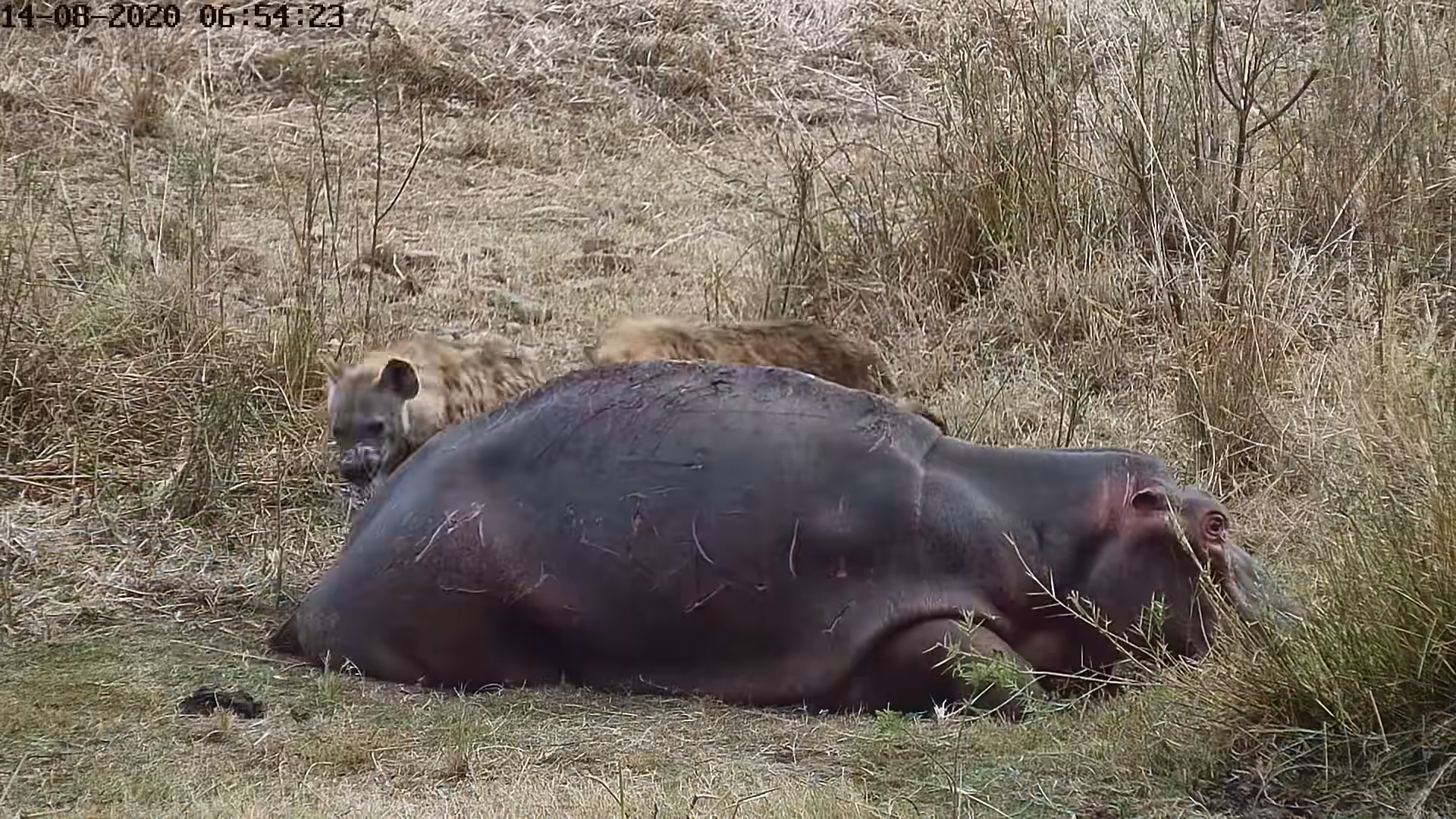 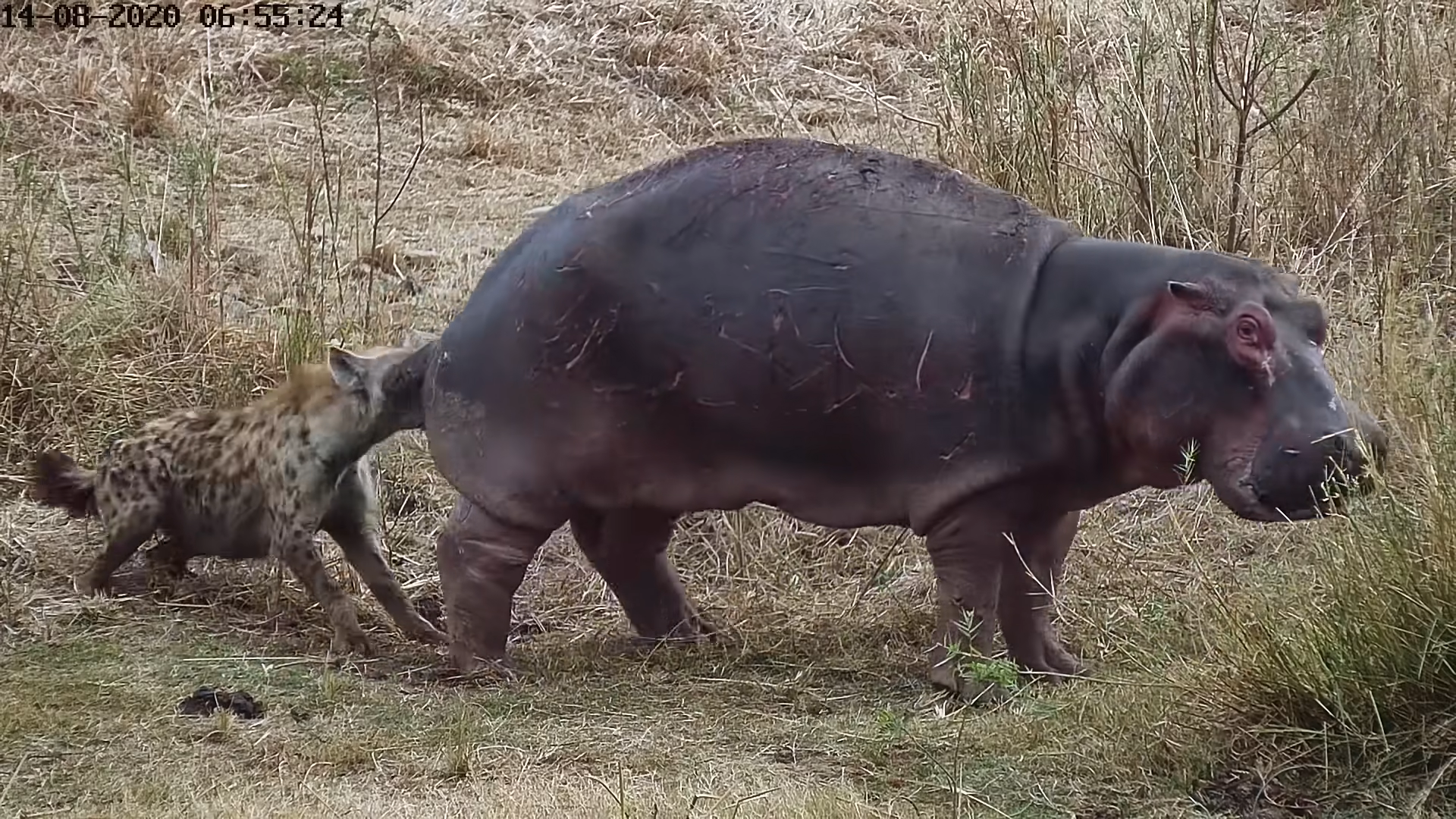 They occur in savannas, open and dense dry woodland, grasslands, mountains, tropical rainforests, semi-deserts, and coastal areas. In the rocky areas of East Africa and Congo, Spotted hyenas frequently use caves as dens where they raise their young or rest during the midday heat.