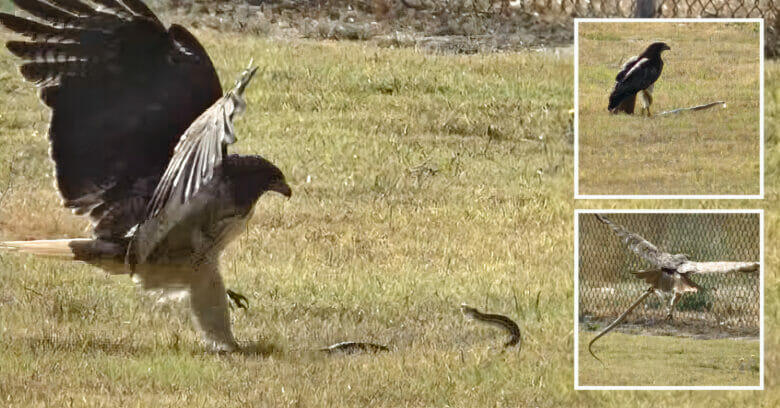 The Red-tailed Hawk is a great gateway species into birding or hawk watching. Among the large, soaring hawks known as buteos, Red-tails are the most widespread in North America. 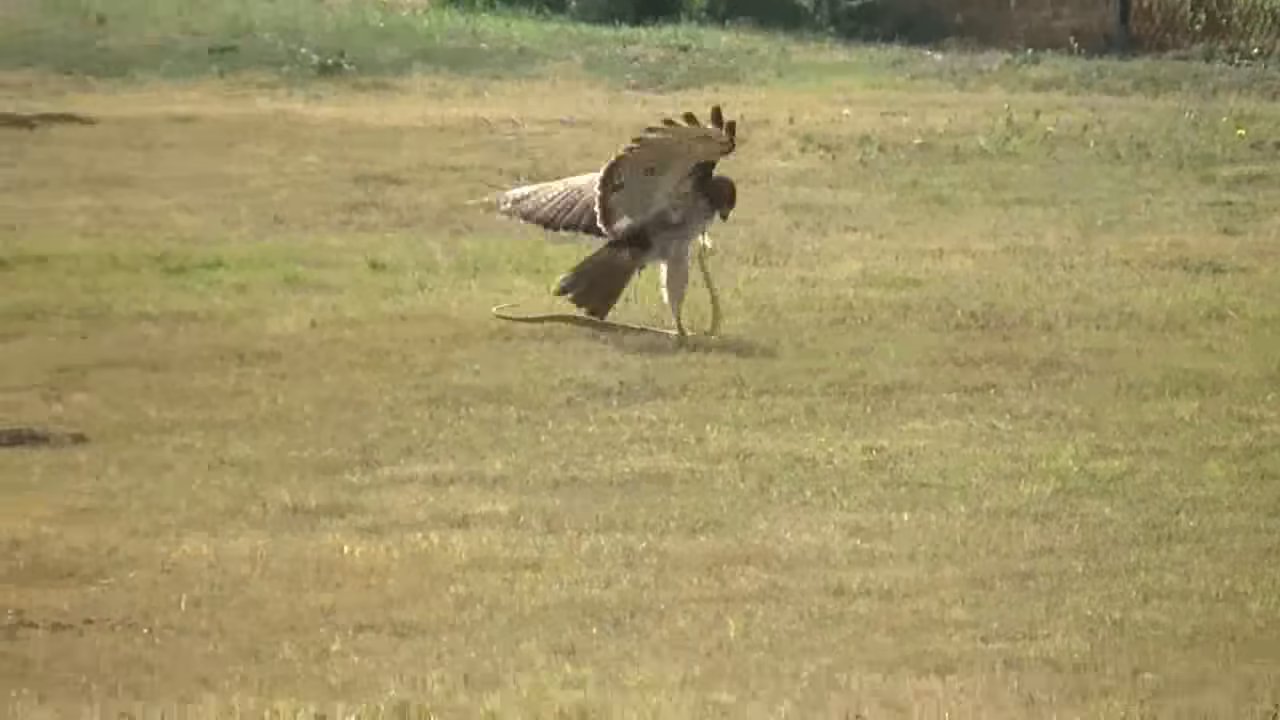 They often hunt along highways, circling overhead or hovering in place as they scan the ground for prey. You’ve probably seen one from a distance, but here is a closer look at this magnificent bird.

Their other namesake is their characteristic reddish-brown tail feathers, a trait shared by many of these hawks—but not all. Juveniles don’t get the red feathers until the start of their second year, instead sporting brown barred tails. 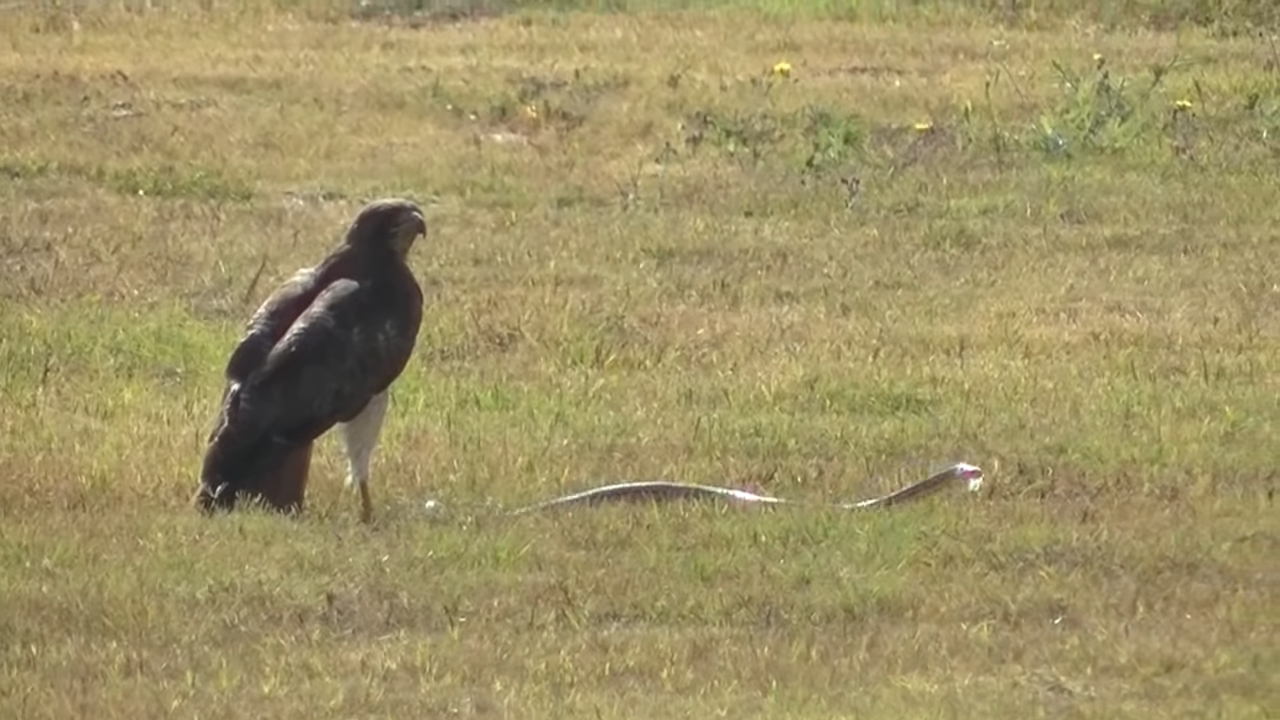 A red-tailed hawk caught what looks like a large gopher snake at the local RC field.The snake puts up a struggle, but resistance is futile. The hawk is going to have a nice breakfast.

I have a red tail hawk nest in my backyard and they are nesting right now. Yesterday one of the parents flew right over me carrying a snake about a foot and a half long…damn I WISH I had my phone with me to video that!!! wow….