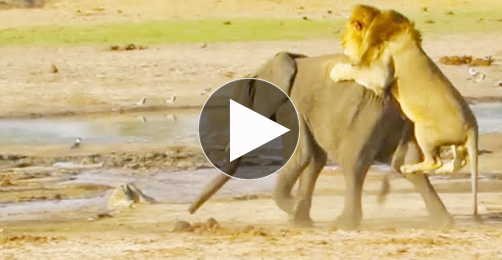 On an afternoon drive at Ngweshla in Hwange National Park, we came across a young elephant wandering by itself at the waterhole. I explained to my guests how such elephants tend to be vulnerable to lions’ says Calvet Nkomo, a guide at African Bush Camps’ Somalisa Camp.

This looks like it is near either the Ngweshla picnic area or the Kennedy park (hence the public vehicles). There are so many young Ellie’s on their own this year! Last month, a group of hyenas took a young elephant down near the Somalisa airstrip. It’s so sad, but it’s what happens in the bush.

This is unbelievable! It’s not like elephants are animals to outcast younger members of their herd, but this is obviously what has happened here. They never leave their own behind, especially the young. I’m curious what it did wrong to be condemned to death by the pride.