The bite force from these snakes is so impressive. 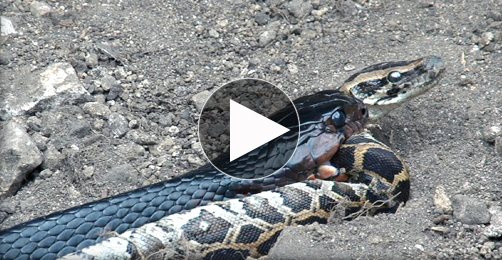 Newborn Burmese Pythons have to move quickly away from their nest before predators pick up their scent. The Indigo Snake is a formidable snake hunter and would not hesitate to attack and feed on rattlesnakes, cottonmouths, and vipers because it is immune to their venom. The scent of a python hatchling just passing through its territory gets his undivided attention and the hunter begins stalking its prey. 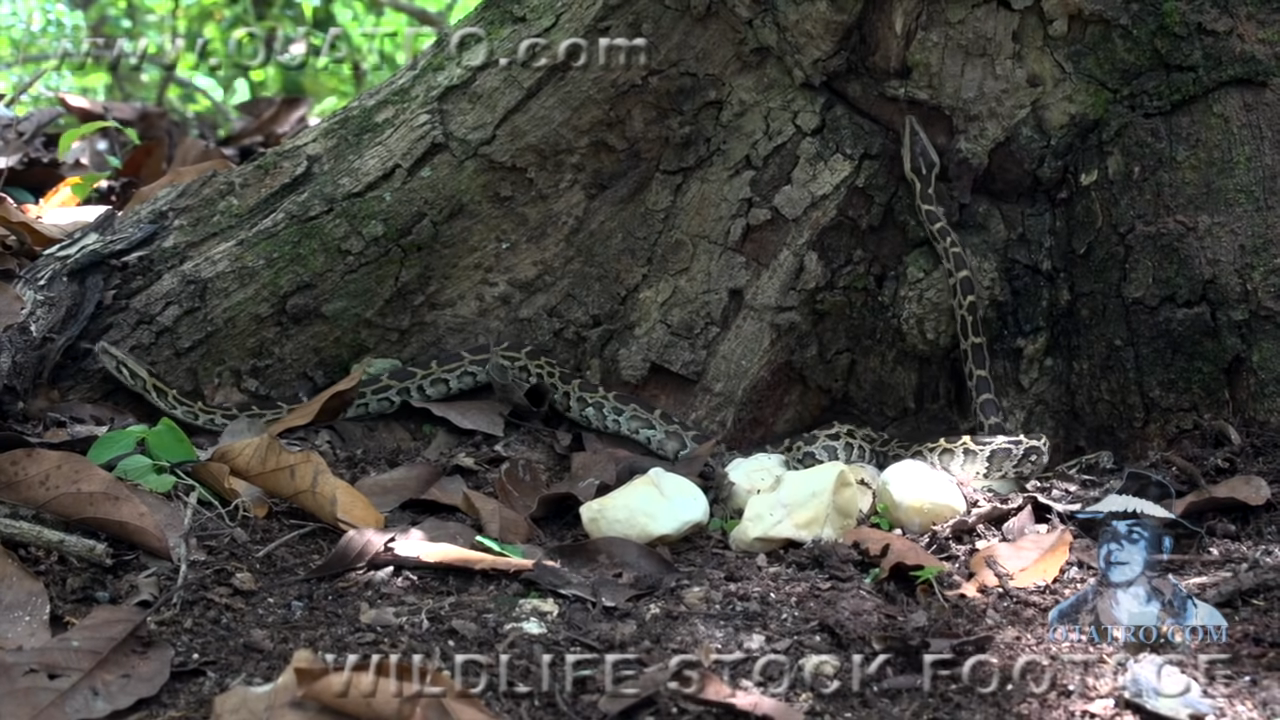 With a swift bite to the python’s head, the indigo snake subdues the hatchling, firmly holding it in its grip and blocking the prey’s airway with its powerful jaws. But good nutrition has given the feisty young python enough strength to fight back its attacker. Still, the larger indigo has no problem overpowering the smaller snake. It’s only a question of time until the python’s energy resources have been exhausted. Through constituently pinning the young python to the ground, the attacker’s strategy is simply to tire its prey enough before swallowing it alive. 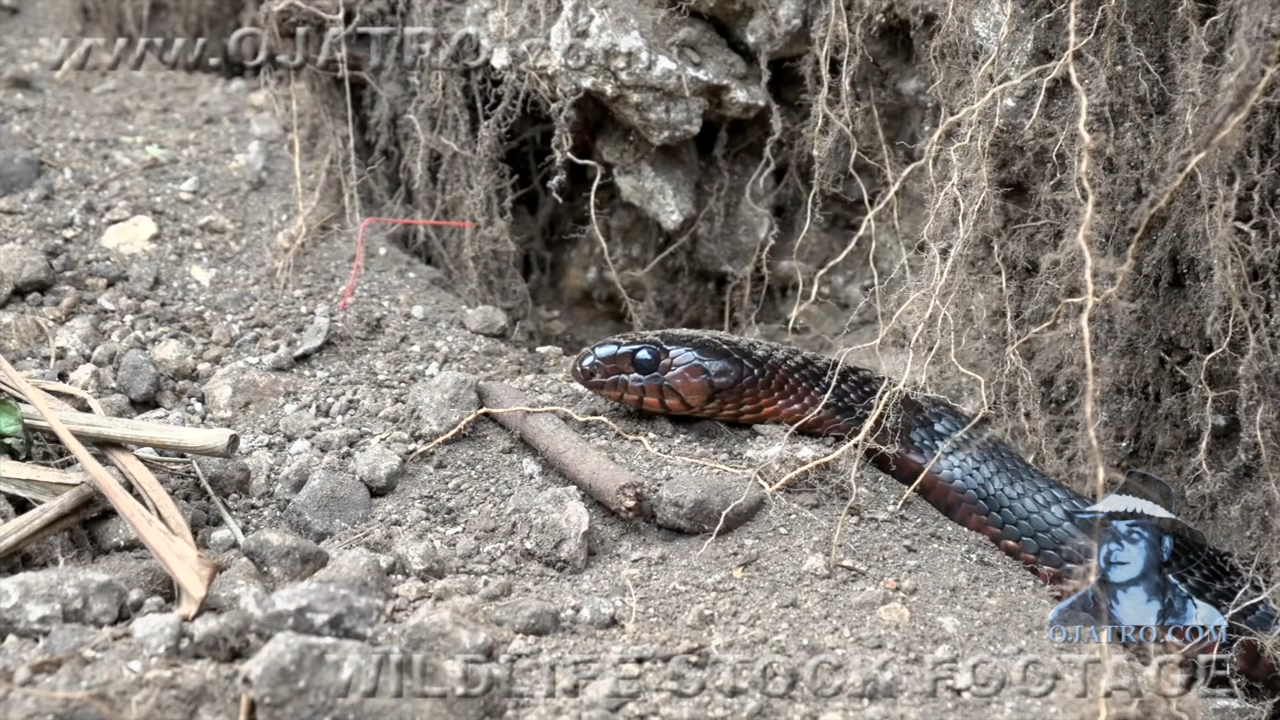 The hatchlings are losing their strength fast and are being dragged near the Indigo’s lair to avoid the risk of being discovered by other predators. The hungry snake eats its prey fast and alive. The python hatchling is doomed, and any resistance is in vain by now. Indigo snakes are the biggest threat to humans. Indigo snake populations are adversely affected by highway fatalities, wanton killings, and overcollection for the pet trade. Snakes are taken illegally from the wild for the pet trade. Eastern indigo snakes are sometimes “gassed” in their burrows by rattlesnake hunters. Indigo Snake Eats Python was filmed by Heiko Kiera aka Ojatro in 2009.