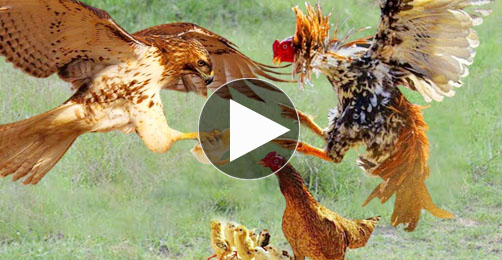 How come, in almost every case, the raptor has severely damaged or lost almost all of its flight feathers on its wings within the first two minutes?This does not normally happen. It suggests that these birds have been trimmed by humans and then thrown into a situation where a chicken is defending chicks. Anyway, this is all a compilation of unrelated bits of film. 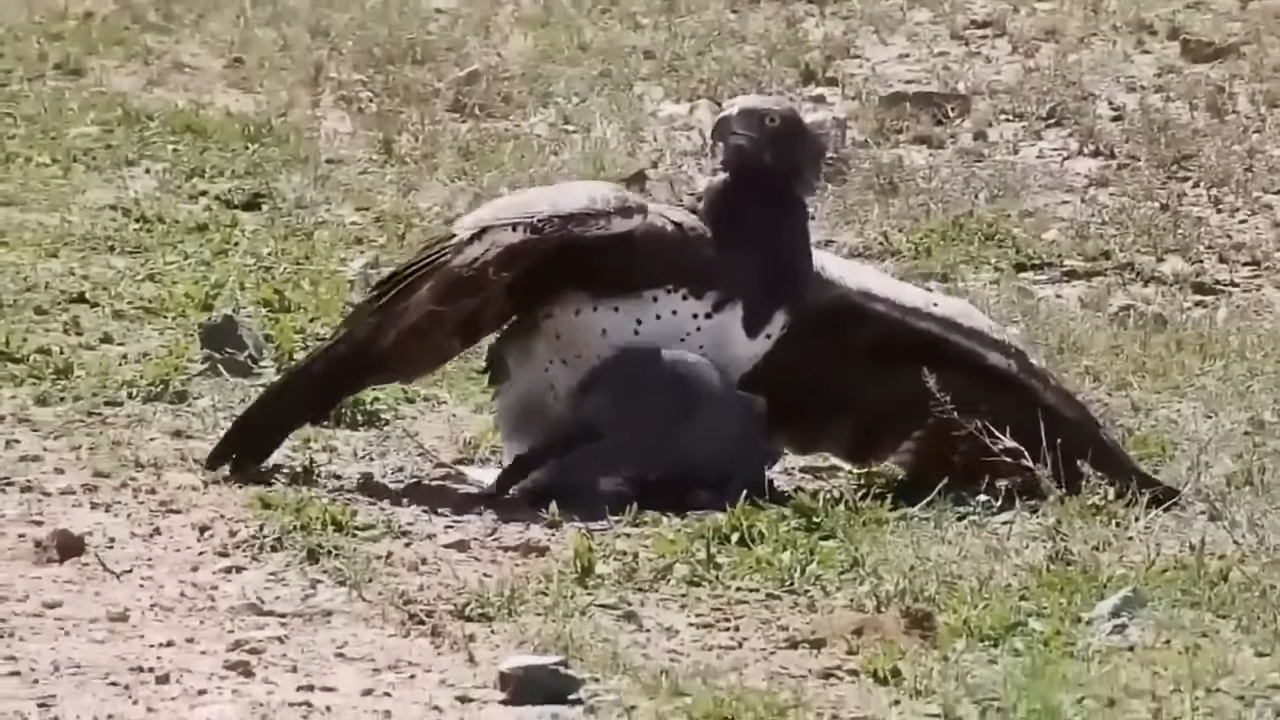 I’ve noticed that while eagles are bigger and stronger, they are outgunned once they land on the ground since the chicken is used to walking and fighting on land. Eagles, however, grab their prey and fly away because they don’t have the ability to walk on land and have poor balance when attacked and fall down easily, unlike the chickens.