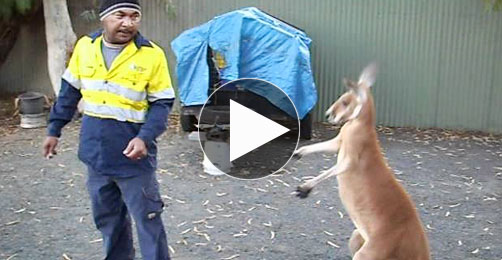 My mate in Western Australia raised this kangaroo from a joey after his mother was killed on the road. I like how he’s nice to the kangaroo, but there’s also a part of me that wants to see the kangaroo’s ass get kicked out. 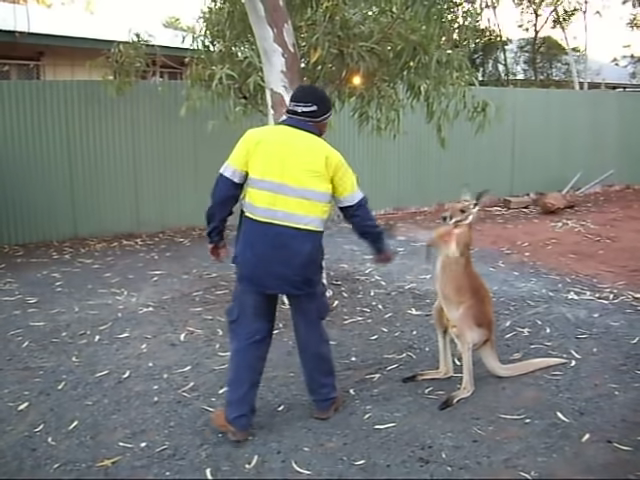 Joey’s train like this with their mothers before going out into the big leagues to challenge the alpha. It proves your mate has done a good job of raising it and knows roos well. A Legend! I’ve never seen a creature move so gracefully yet very creepily. One day, kangaroos will conquer all of Australia and beyond. 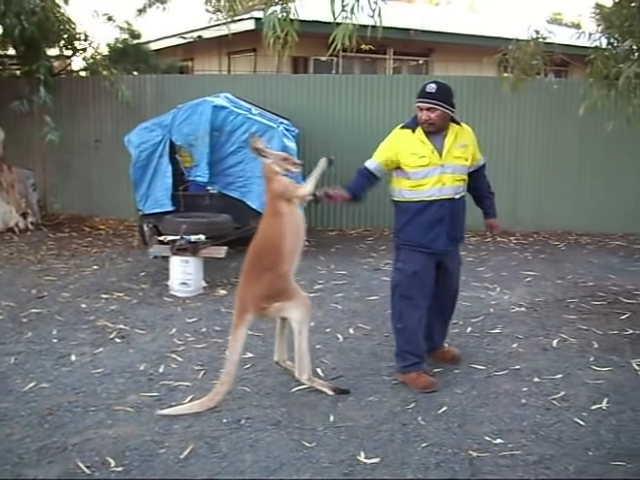 Very interesting video. This shows that via a totally unrelated chain of evolution, kangaroos have developed a style for fun and fighting that looks so much like boxing, where the two opponents move around fixated, trying to land quick punches, trying to duck and dodge the counter punches, etc. very interesting. 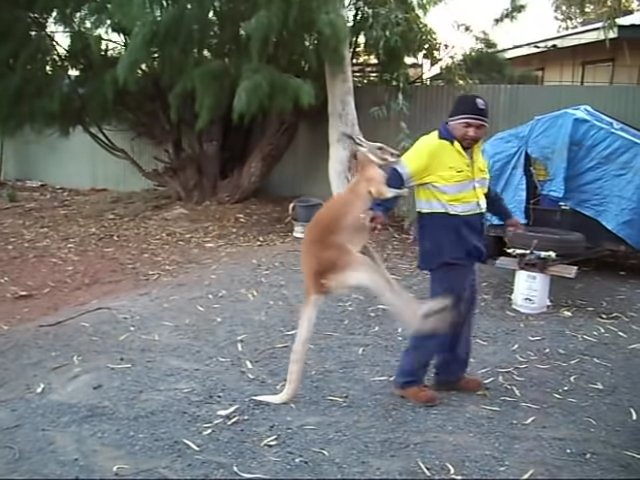 He’s playing with a toddler. These reds stand up to 7ft tall when fully grown. He’s just teaching it to fight It will need some ability to defend itself when it returns to the bush.