Lion & Leopard Fall Out Tree While Fighting For Food. 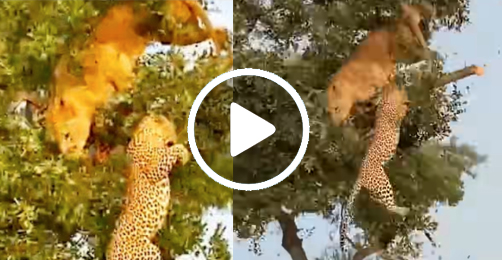 Sandra captured an extraordinary sighting this week in Londolozi! 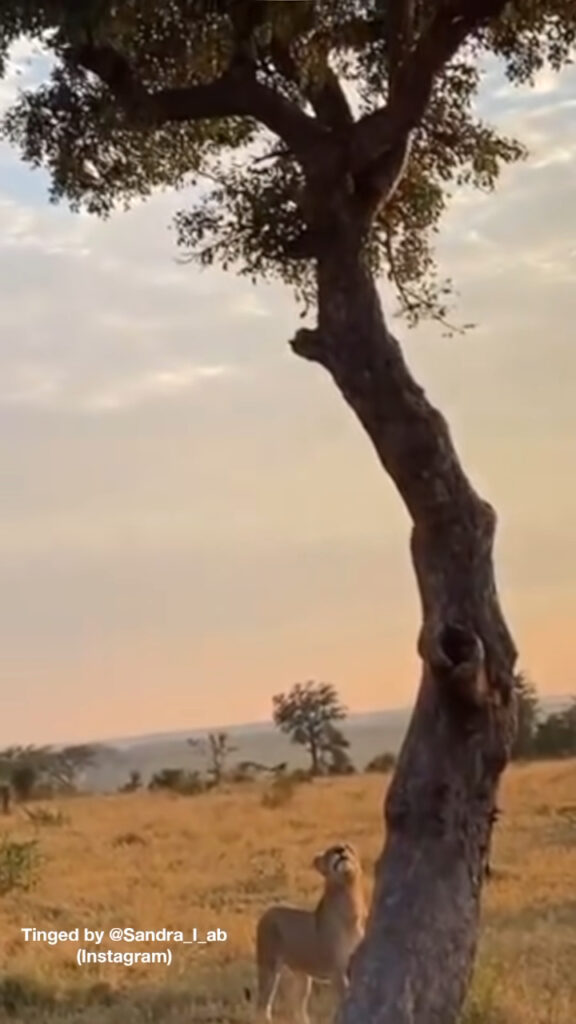 A leopard was feasting in a tree, and a pride of lions nearby could sense something was wrong, They combed the area till they came across the Leopard and its prey. 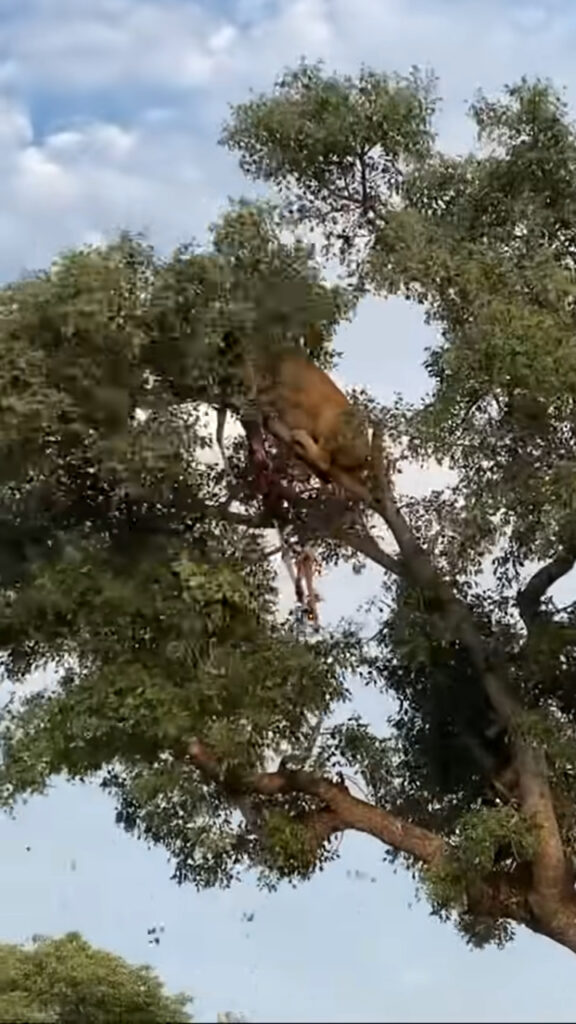 One of the lionesses tried to get to the meat, but the Leopard fought back!
The tree broke while they were battling, providing the Leopard an easy route out! 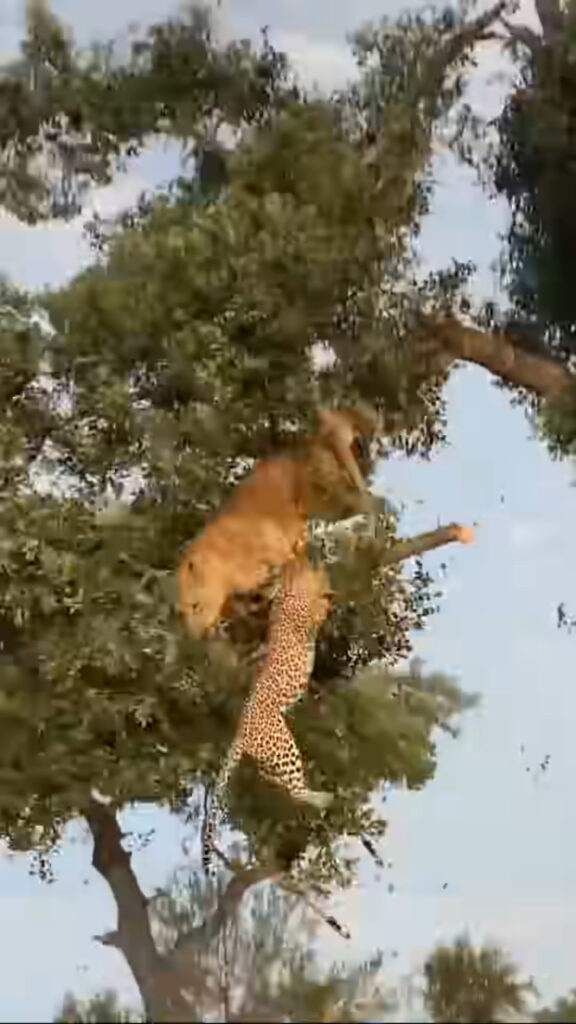 One of those moments no one would believe unless you recorded it, Also I’m impressed that a lion was even able to climb that high.

I’m amazed how those big cats can fall from such a height with little to no injuries, The Leopard just took off running with seemingly no issues.