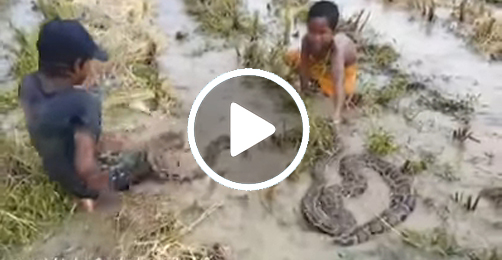 They are aware of the danger, yet they regard it as a game, Grab the tail and drag it while attempting to grab the head, They are safe and successful once they have grabbed the snake’s head. The oldest child is the most calm and calculated in his approach to catching the snake. 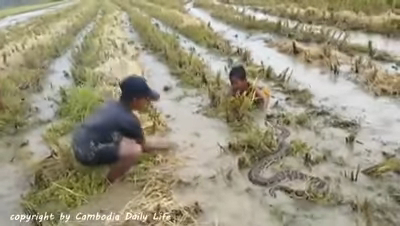 That child has the largest balls of any man I’ve ever met, and he’s wearing the snake around his neck like a gold chain. 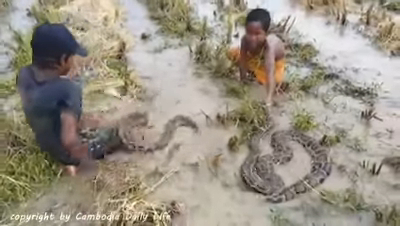 I’ll say this: their self-assurance and bravery were inspiring! They finished the task, and I hope the fellow was okay. 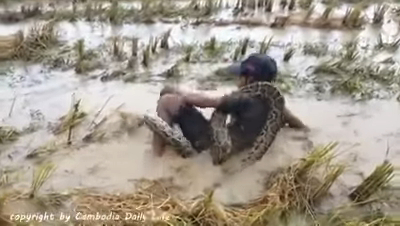 They have good vibes, don’t overthink things, and just do what needs to be done, In some situations, thinking isn’t an option, so you have to act on instinct… and it works fairly well.

They appeared to be playing with a snake!