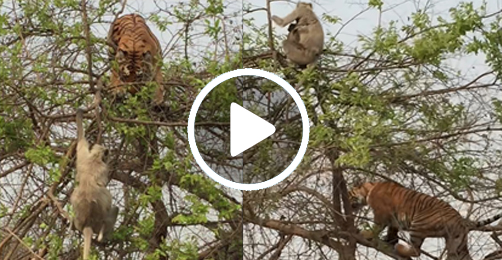 That acting like he didn’t fall he just been chillin on the ground LOL. 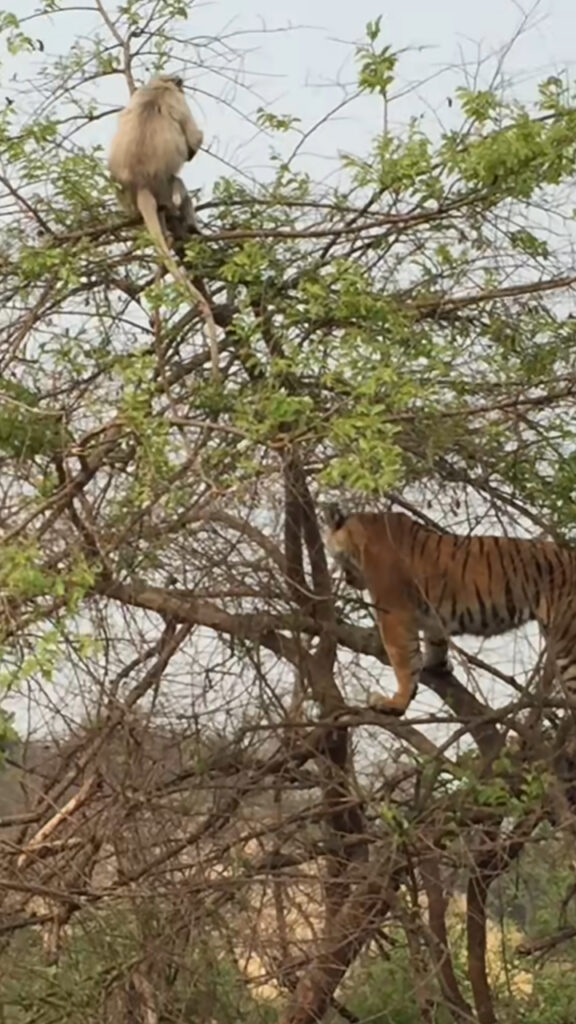 Tiger was looking around making sure that no one was watching him fall. 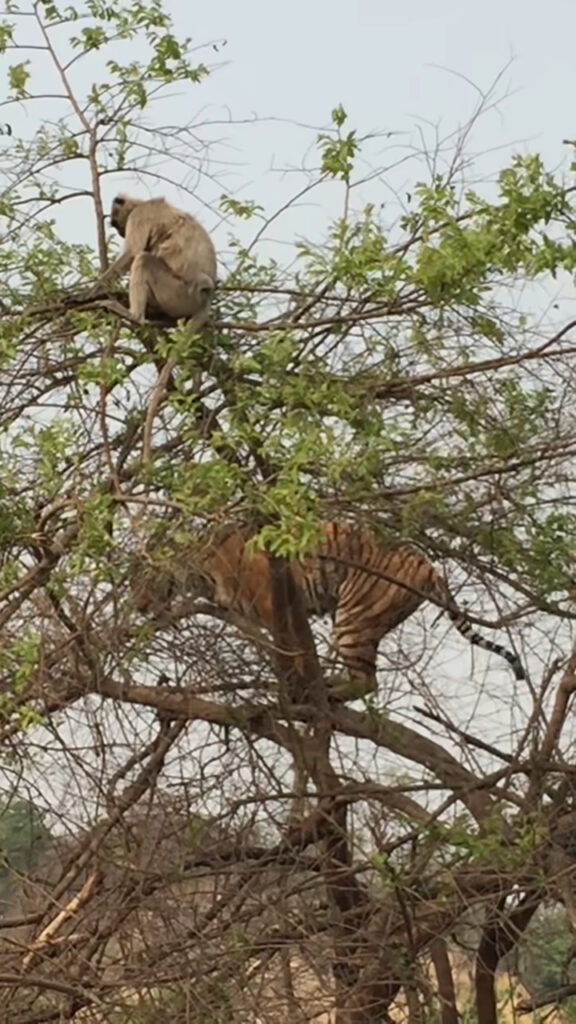 Epilogue: That monkey, having survived the trial of the tiger, became a legend among his kind, Stories were whispered across the land of this brave monkey and its swift maneuverability. 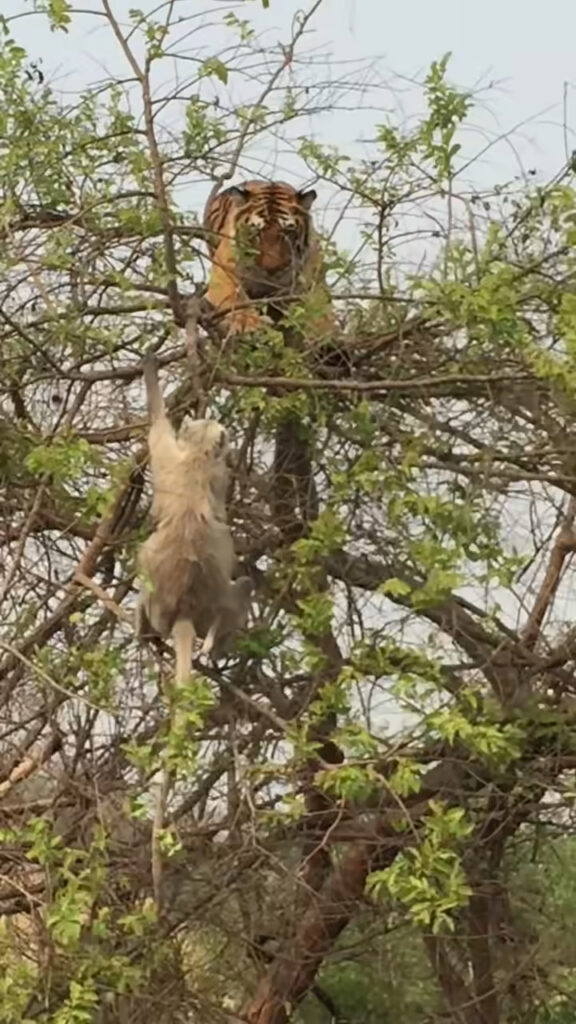 It gave inspiration and became a beacon of hope to all those who took the tale to heart, Having lived a full life the monkey at the age of 72 and was buried at the peak of Mt, Anamudi.

The gathering monkeys cried and gave a 21 slung poo salute in its honor, As for the tiger he was never seen again, Some say he crawled into a hole and never emerged, Others say he was the clumiest tiger that ever lived and slipped off a 200ft cliff trying to catch a turtle, No one knows for sure, The End.