These Indian kids play with real life snakes on a daily basis! 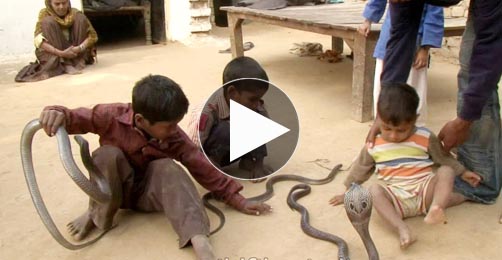 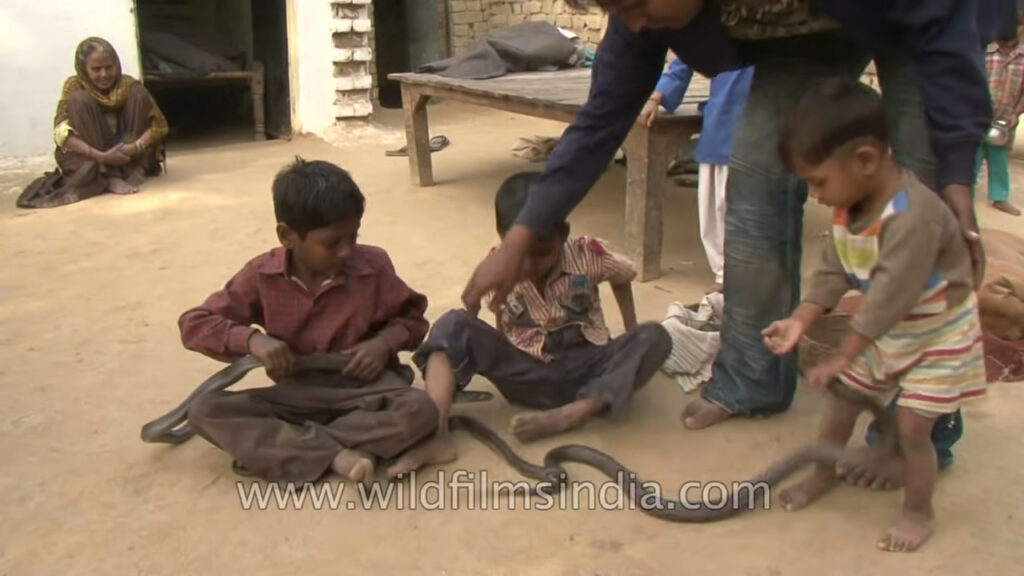 Snake charming is the practice of pretending to hypnotize a snake by playing an instrument. A typical performance may also include handling the snakes or performing other seemingly dangerous acts, as well as other street performance staples, like juggling and sleight of hand. The practice is most common in India. The Kalbelia tribe in India is famous for snake charmers. 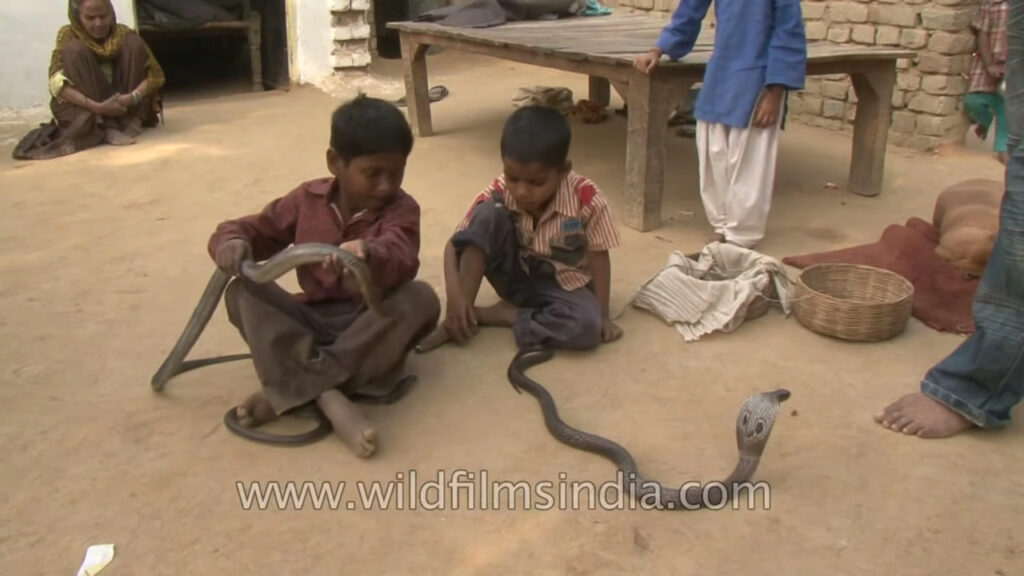 The Kalbelias were known for their frequent movement from one place to another in ancient times. Their main occupation is catching snakes and trading snake venom. Hence, the dance movements and the costumes of their community bear a resemblance to those of the serpents. They are also known as Sapera, Jogira, or Jogi. They follow the Hindu religion. They trace their ancestry to Kanlipar, the 12th disciple of Guru Gorakhnath. 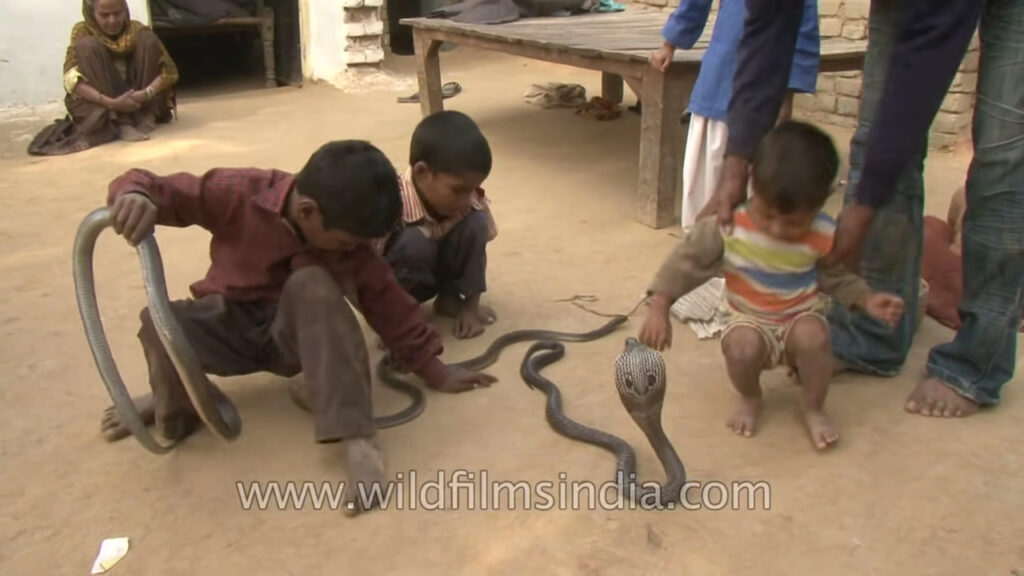 Handling snakes or performing other potentially dangerous tricks, as well as other street performance staples like juggling and sleight of hand, are all part of a normal show.