Izzi came in with a Superb Parrot Female. 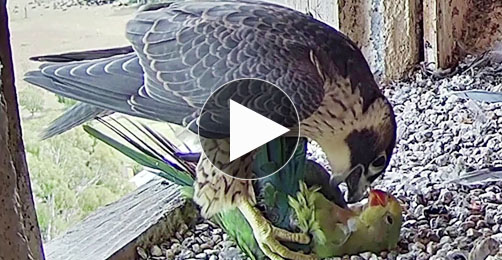 Izzi is a juvenile Peregrine falcon! It is not certain that he hunted himself. It is most likely a handover from one of the parents. It was not a juvenile parrot! It was a superb parrot, female The large, elegant green parrot with a long pointed tail is found in the inland New South Wales region. The male has a bright yellow face with a red throat band. The young bird is almost entirely green. feeds on the ground, including roadsides. Much larger than the Red-rumped Parrot and paler with a much narrower tail than the Australian King-Parrot. Calls are a repeated wave of chatter. 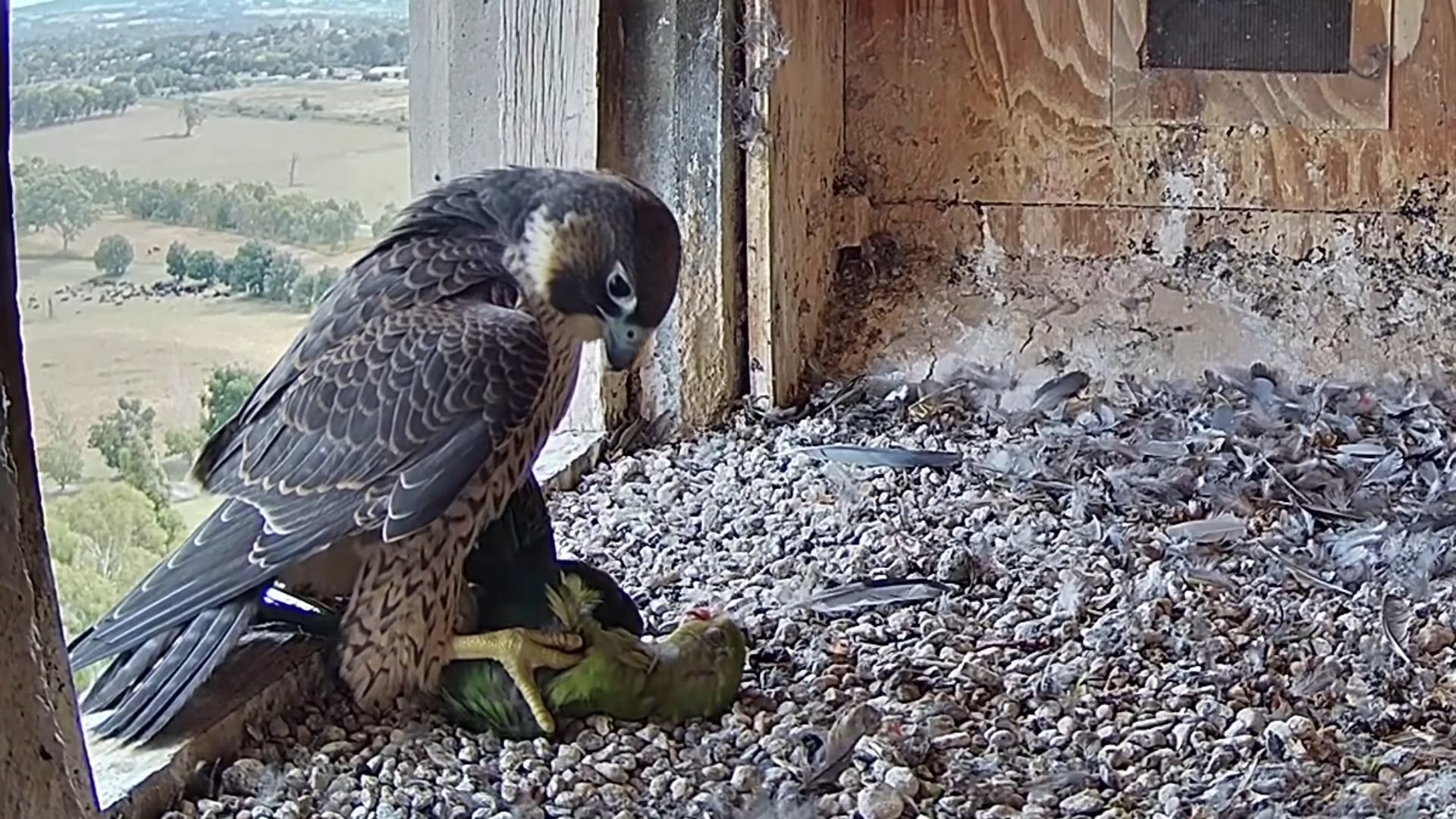 It looks like a Peregrine Falcon. They strike at staggering speeds to the point where their prey dies on impact from the strike. Trust me, parrots have a quick death. I lived in an area growing up where peregrines would roost. I would find all types of bird legs in our back yard. And so I caught an excellent view of one of the peregrines striking a pigeon. All I saw was a bunch of feathers, like it was a pillow fight in mid-air. The peregrine took off without landing on the ground with its prey. This happened in less than 30 seconds.

As beautiful and magnificent as they are, these falcons are just plain barbaric, and this is just one of the clips of the torturous ripping and carnage they leave behind. Imagine if you were able to attach a go pro to one of these falcons and see footage of the initial plan of attack and what they didn’t bring home. Every time I see one of these hawks, falcons, etc. sitting at a vantage point I say to myself “something is going to get ripped apart today.”