After escaping from a lion, an impala is drowned in mud by a hippo. 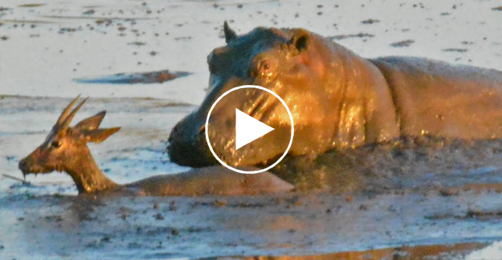 When it became the target of a fierce lioness, the poor impala had no alternative but to dive into the lethal mudbath. 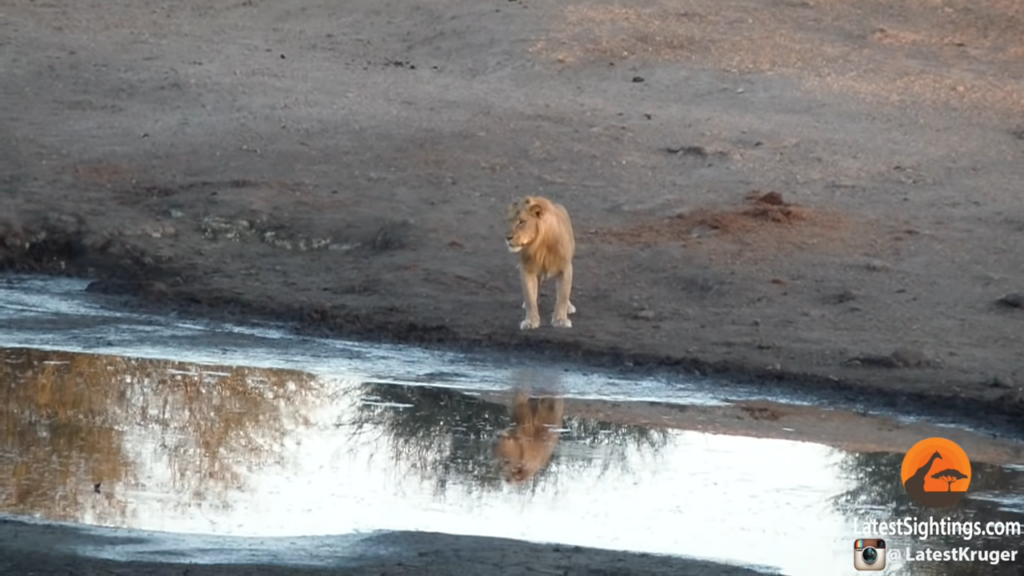 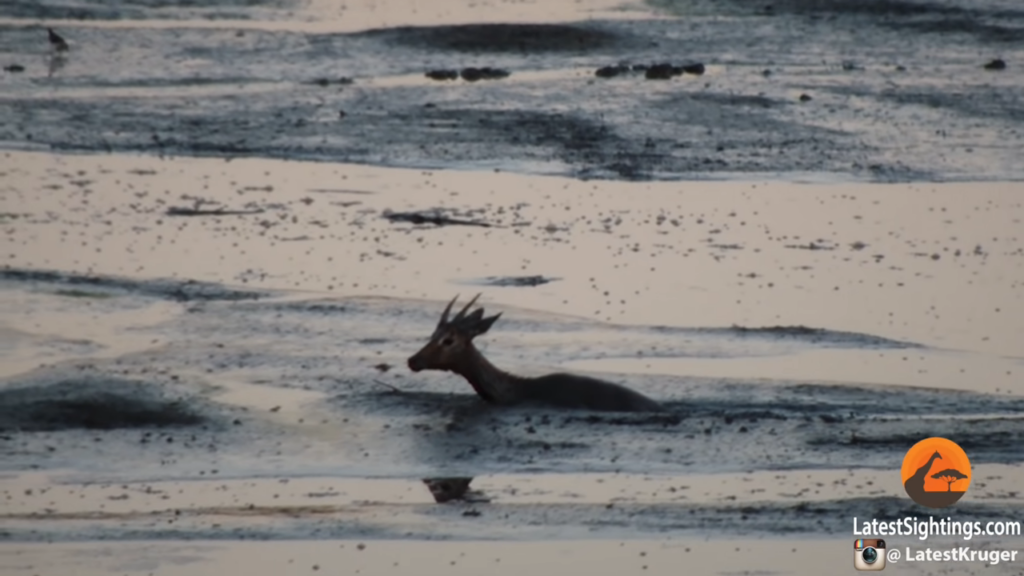 But the critter had no idea that a far more frightening predator was lurking nearby, waiting to pounce on its next meal.

The impala was unable to flee after becoming trapped in the thick muck, as the hippo gently swam up from behind. 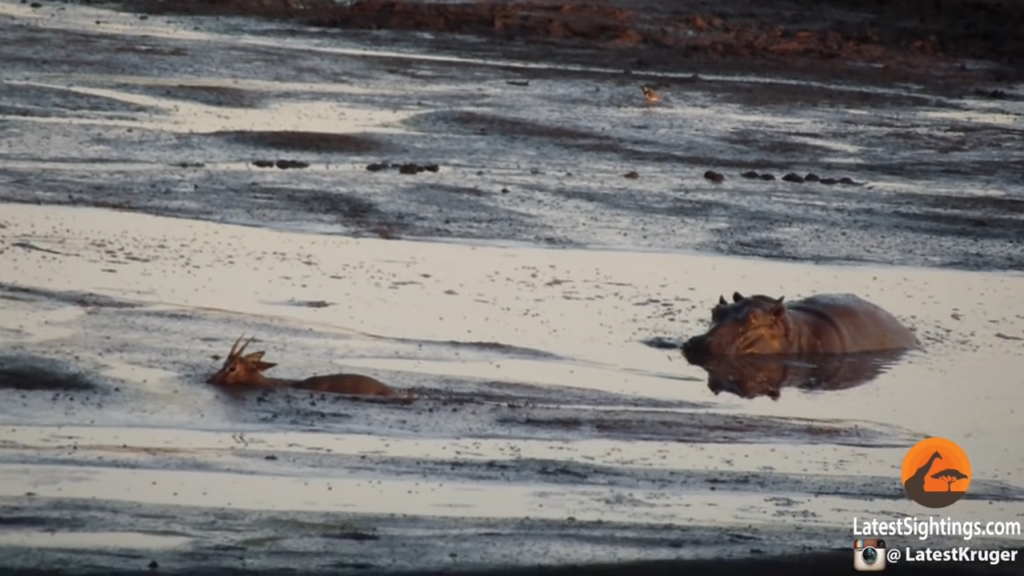 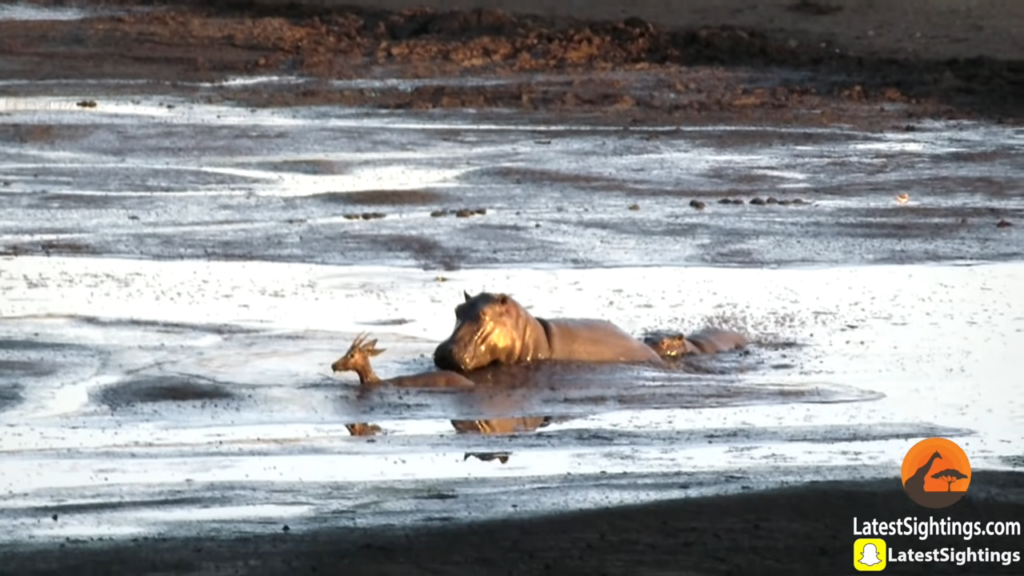 The b.e.a.s.t extended its jaws and launched the attack seconds later, leaving the u.n.f.o.r.t.u.n.a.t.e impala immersed in the suffocating mud.

The jealous lioness stood by, plainly annoyed that her food had been robbed from under her nose as the hippo munched on its unplanned snack.

The footage was taken on a wildlife tour at the Nsemani Dam in South Africa’s Kruger National Park.