Mother elephant saves her calf from being eaten when she chases two lionesses away. 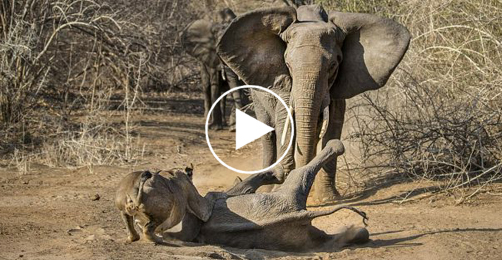 This is the astonishing moment in Zimbabwe when a brave mother elephant battled two lionesses to save her young from being eaten.

The lionesses were hunting warthog when a newborn elephant wandered out of her herd, according to photographer Kevin Dooley, who photographed the sights at Mana Pools National Park last month. 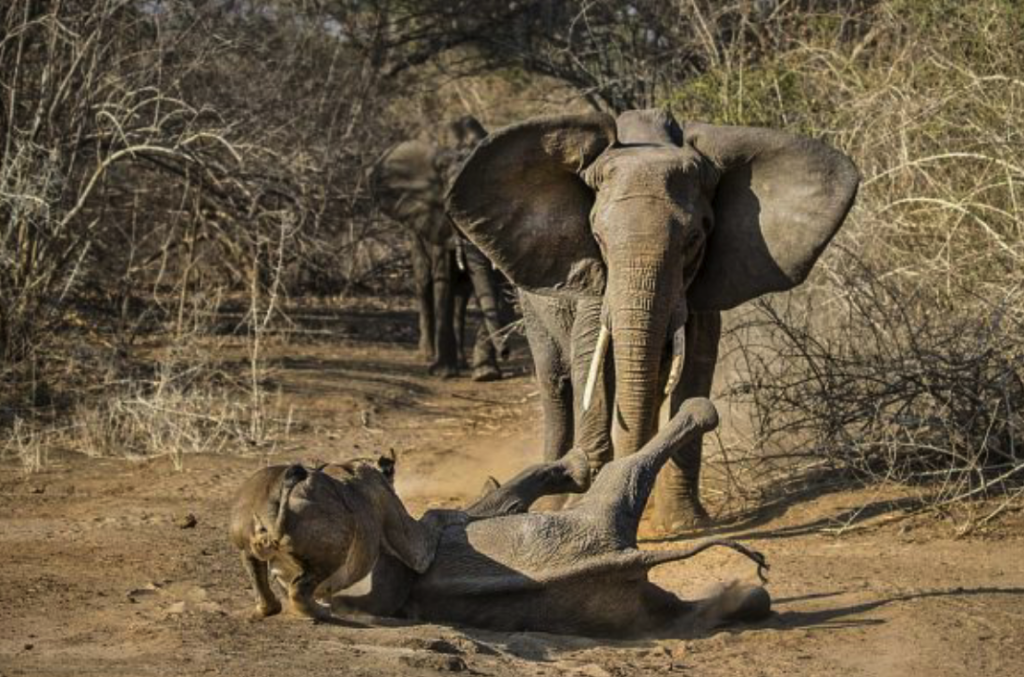 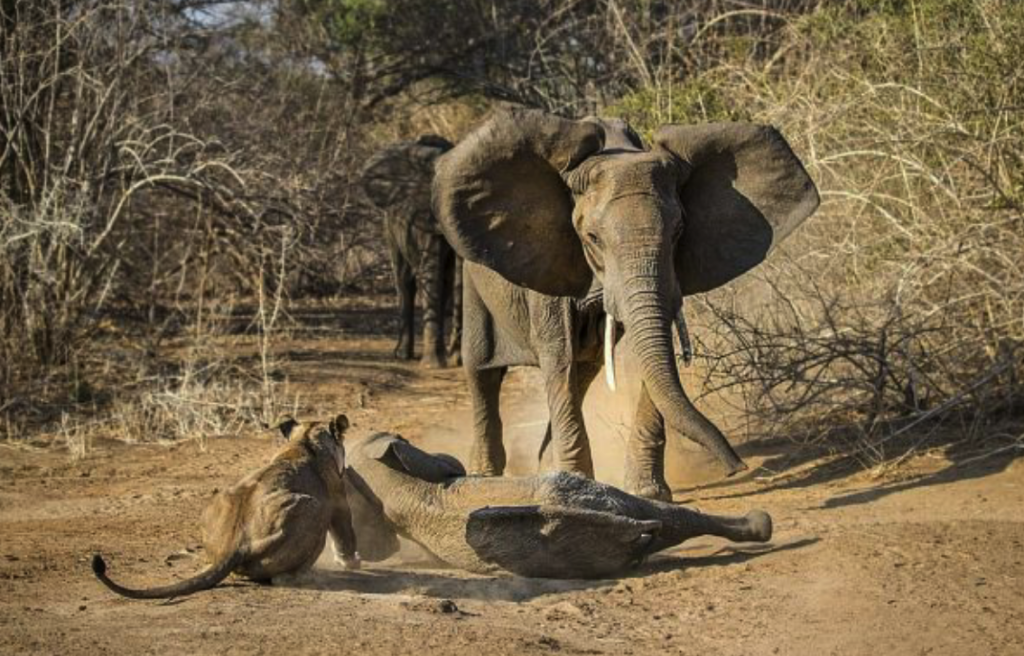 The infant elephant began chasing the jaguar without recognizing the warthog, according to Mr. Dooley, before being pushed to the ground by lions attempting to k.i.l.l it. In Zimbabwe’s Mana Pools National Park, a brave mother elephant saved her young from being eaten by charging at two lionesses who had trapped it to the ground. 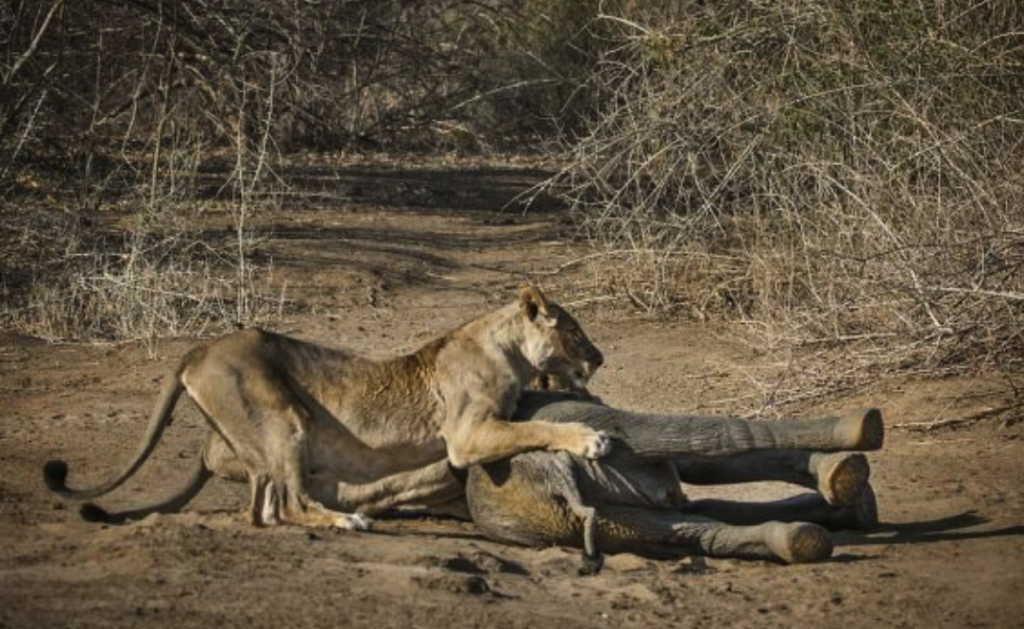 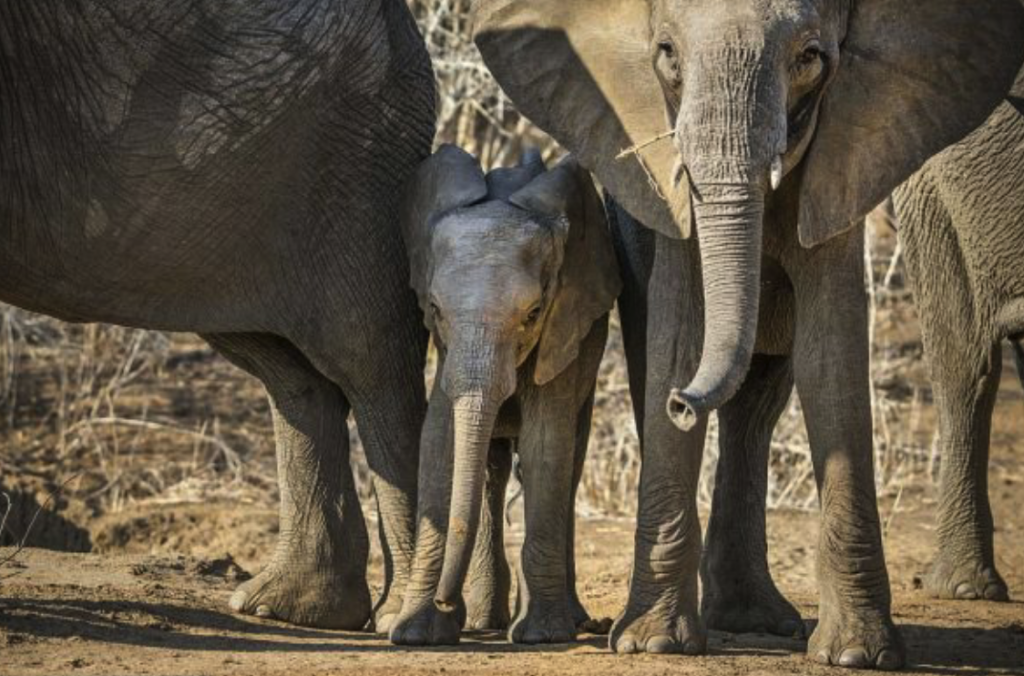 According to photographer Kevin Dooley, the lions were following a warthog when they observed the baby elephant chasing it and switched targets immediately since the elephant would supply more food.
While a warthog would be eaten in a couple of hours, a young elephant might have fed the lions for days, according to Mr. Dooley.