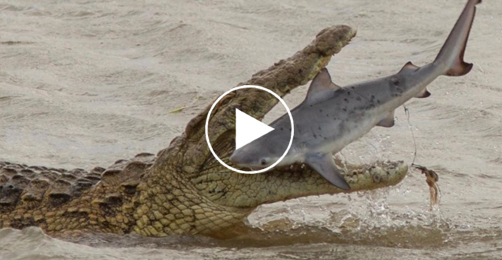 During a flood in South Africa, a giant 1,500-pound Nile crocodile was photographed c.onsuming a shark. 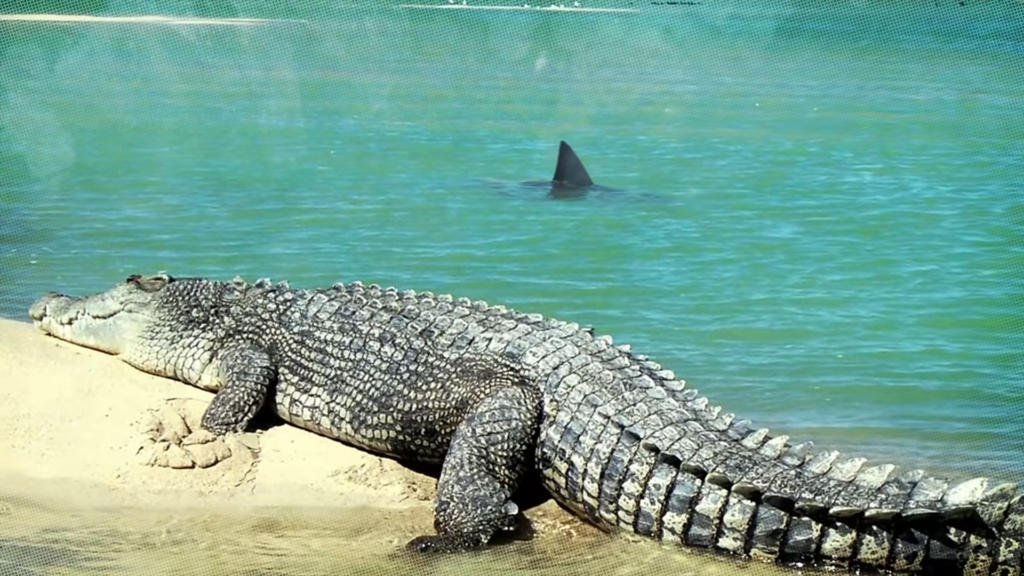 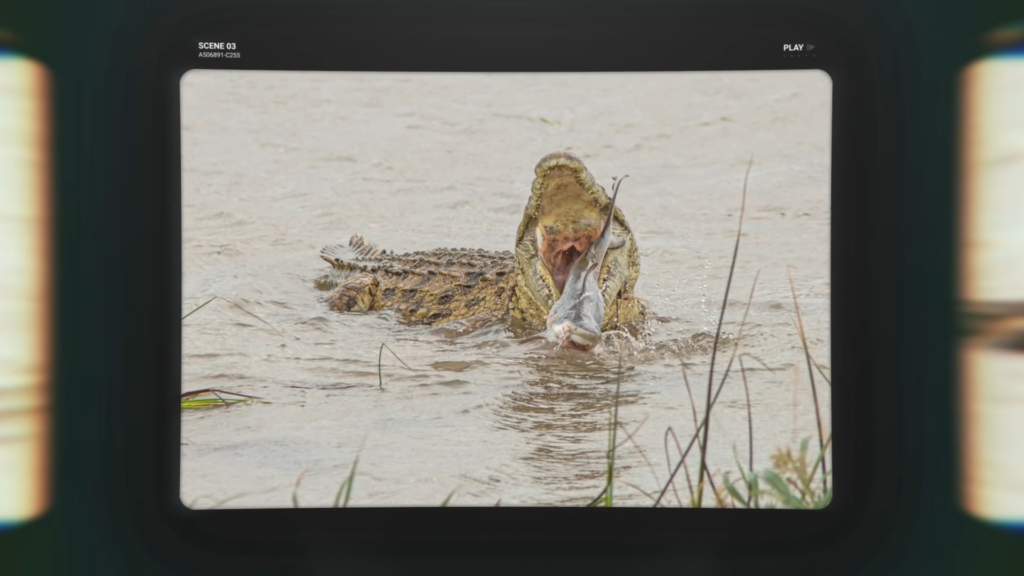 The unexpected meeting was triggered by above-average rainfall in South Africa, which resulted in flooding, resulting in “an abundance of food for these predators at the mouth of river estuaries as freshwater species are swept down river into saline coastal seas,” according to Mark (below). “With multiple baby sharks spotted over the weekend, it appears to provide ideal nursery and pupping areas for the bull sharks.” 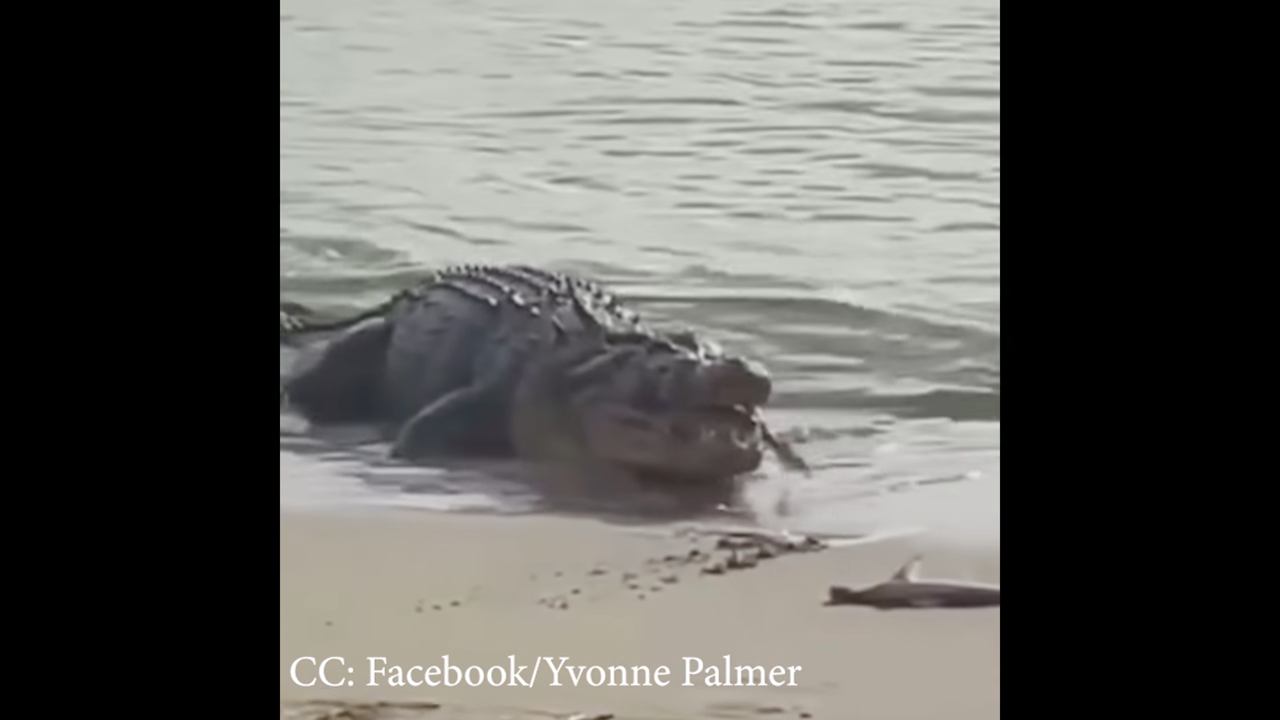 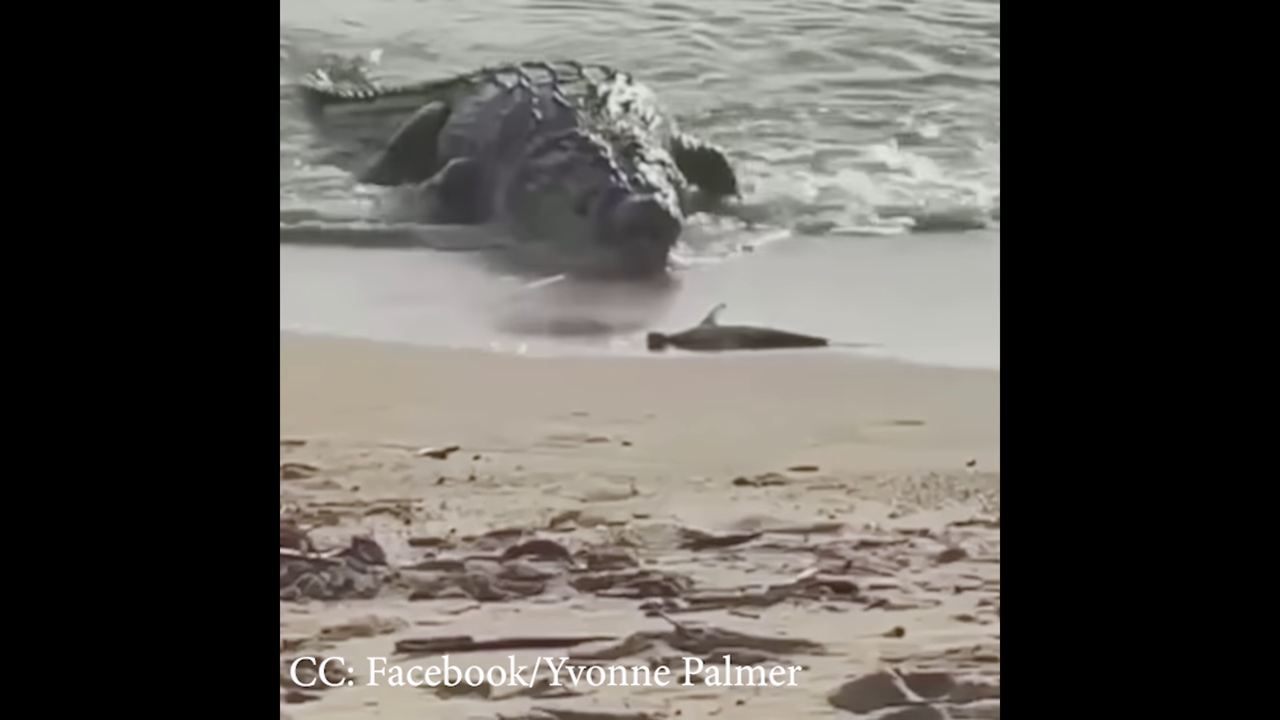 In several recent viral articles, the photographs have been incorrectly identified as being taken in Australia, as shown in the Reddit thread published below.

This is probably a South African sighting of a Nile crocodile feeding a Zambezi shark pup. However, similar sightings have been reported from Australia. Take a look at this photo of a classic Australian sighting: A bull shark being devou.red by Brutus, a large saltwater crocodile from Australia’s Adelaide River.