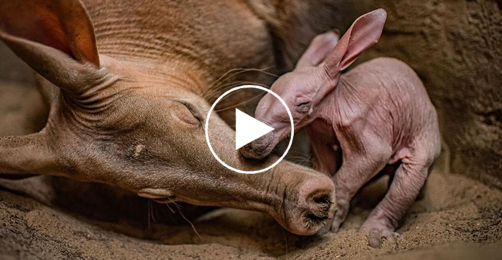 The calf, which was born with enormous floppy ears, hairless wrinkled skin, and giant claws, is being raised by hand at the moment. 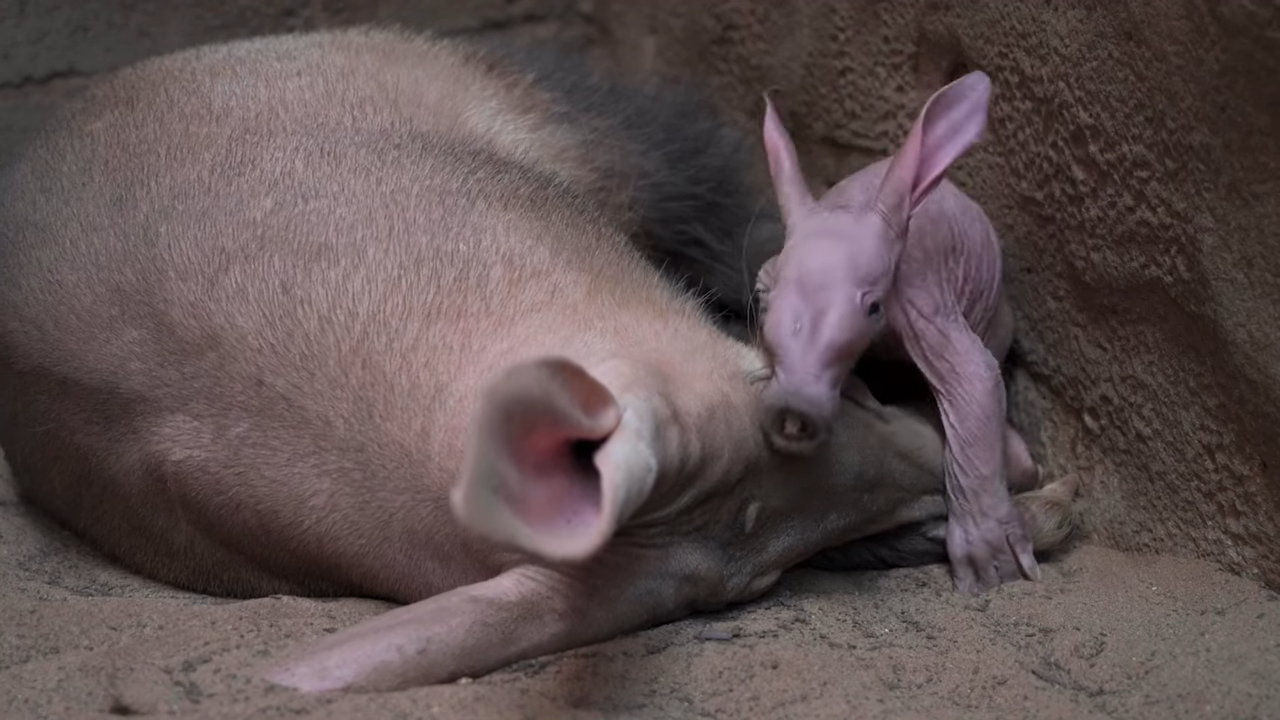 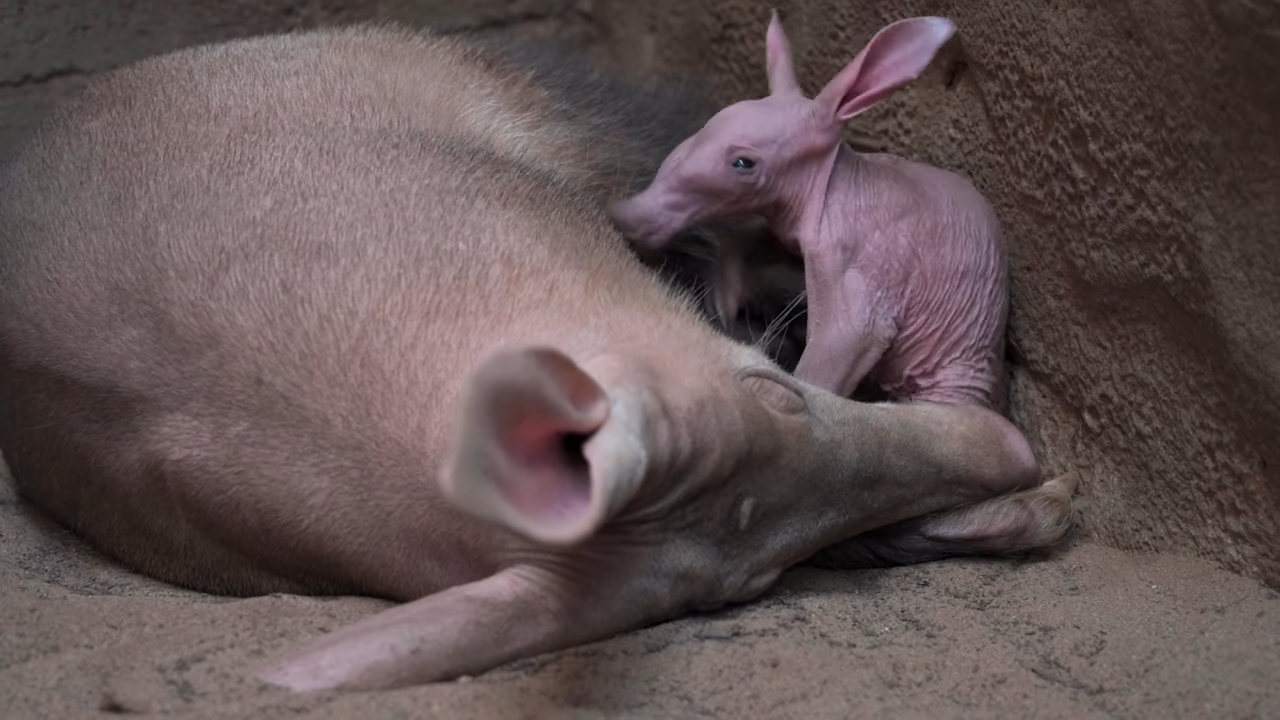 For the first time in Chester Zoo’s 90-year existence, a newborn aardvark has been born.

After it was born overnight on January 4, conservationists discovered the new arrival cuddling up with its eight-year-old mother Oni and six-year-old father Koos.

The calf, which was born with enormous droopy ears, hairless wrinkled skin, and giant claws, is currently being hand-reared by zookeepers every evening, who are providing attentive care, feeding the newborn every few hours during the night for roughly five weeks to help it grow strength. 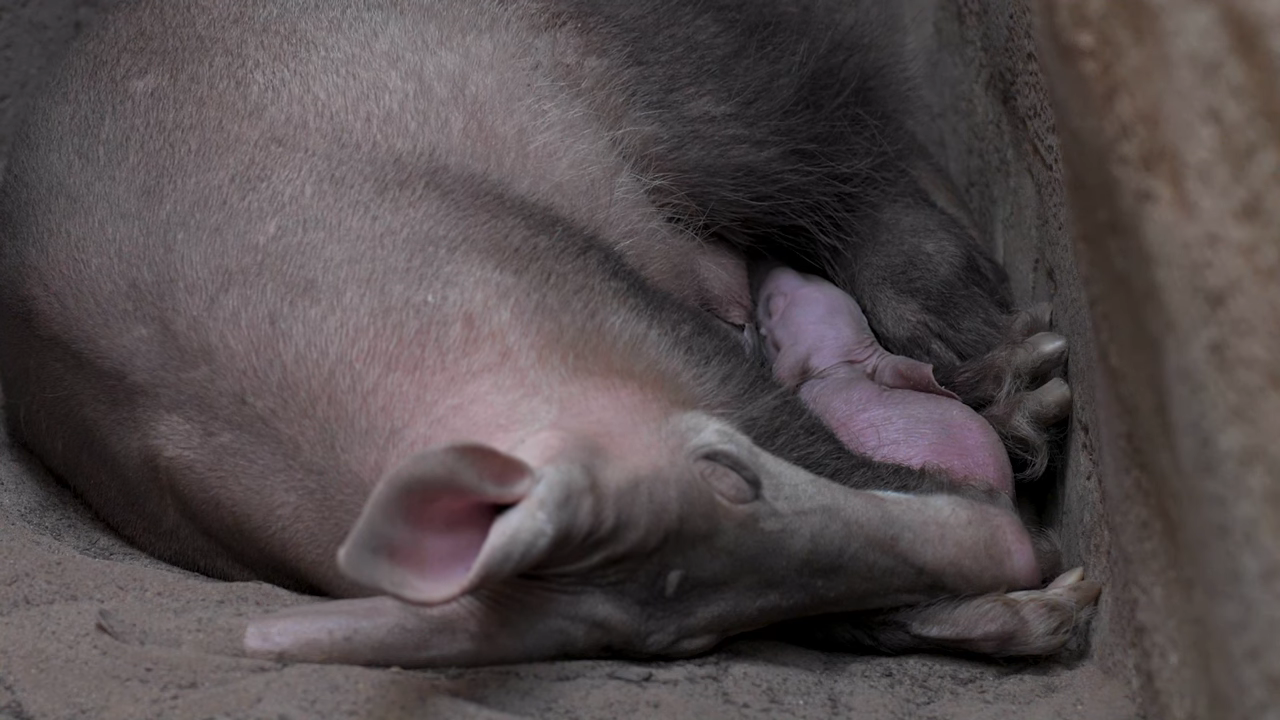 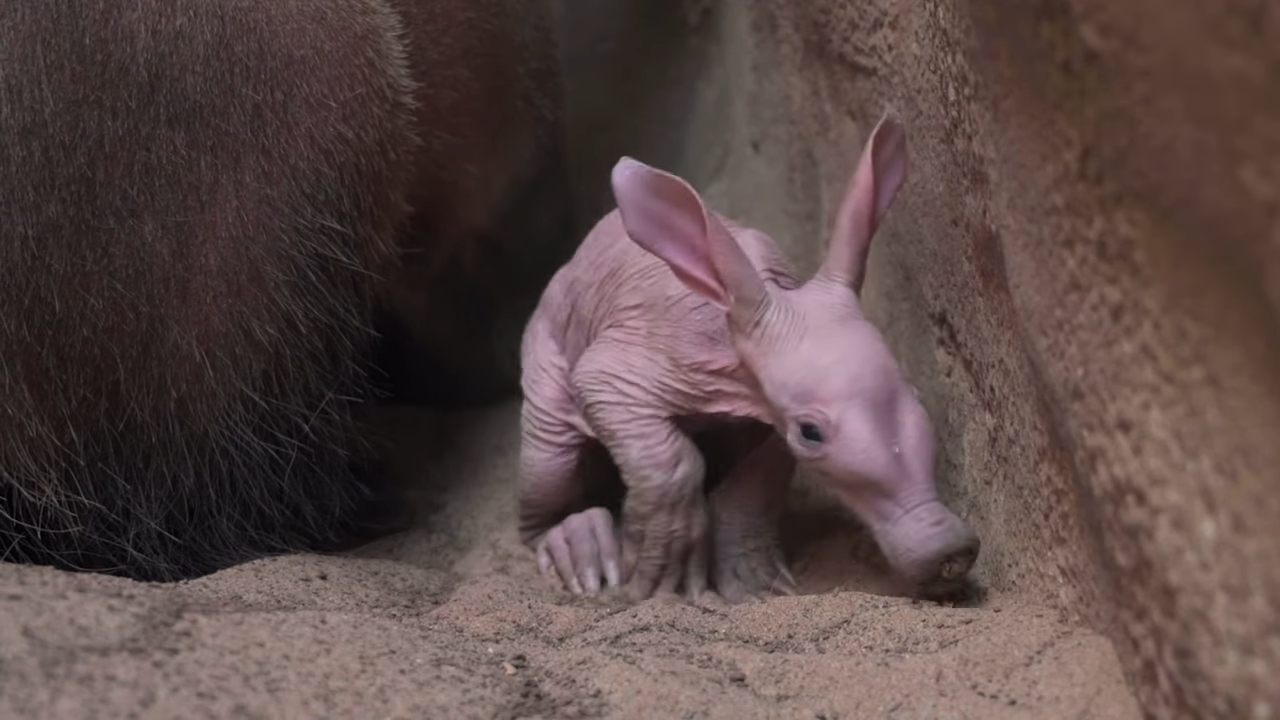 The newcomer’s gender is unknown, but employees have given him the nickname Dobby because of his likeness to the beloved Harry Potter figure.