The Nile Crocodile vs Buffalo 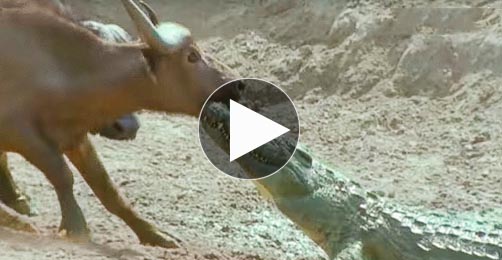 In this s.hoc.king footage from the BBC Wild Africa series, a crocodile tries to attack a herd of buffalo, without success. The group of Buffaloes standing by watching is the equivalent of humans standing around recording. 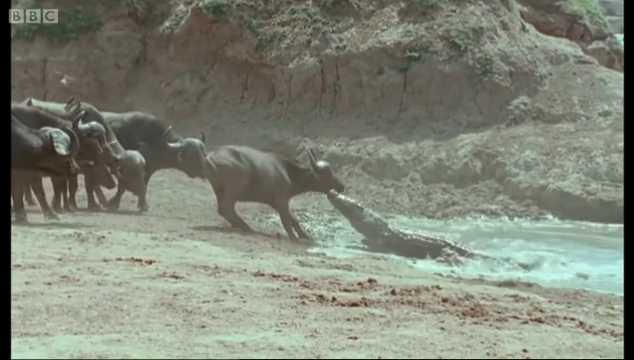 This looked like a tug of war. Especially when the other buffalos did not help their man and tried to make it a fair 1v1. It’s amazing how strong buffaloes are. Sometimes, not even a 200-million-year-old creature can compete with them. If they had the chance, those buffaloes could easily gore it with their horns. 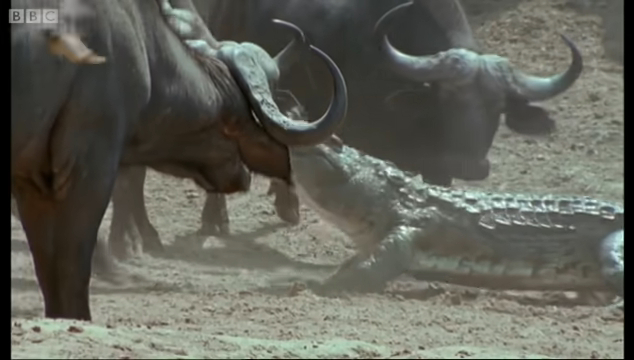 I love nature. The other buffalos’ expressions of surprise and awe!If it was a lion, they’d have all fought for their friend without thinking, but when it’s a crock, they were all too s.hoc.ked and d.umbfounded.